'We are Ghosts Trapped in a Box': Indian Sailors Stuck in Chinese Waters Desperately Seek Help

The crew of MV Anastasia | Image credit: By arrangement

Indian sailors stuck in Chinese waters for months due to China's trade war with Australia are now beginning to lose hope as well as their minds.

Gaurav Singh, a 28-year-old Pune resident, the second officer on a commercial cargo ship, has not stepped a foot on land for nearly 15 months. Every morning, he flips through news articles online in hope of finding some news. He calls home; his parents try to give him solace. But as night draws closer, his thoughts turn to the same unanswered questions. When could he return home? When would he get to see his mother again? Will he ever be able to get out of this steel box? Gaurav’s hopes have now started to dwindle.

Gaurav is one of 16 Indian origin men who are part of the MV Anastasia crew, which has been stranded in Chinese waters from August 3, 2020 due to China’s decision to ban coal exports from Australia. What was supposed to be a week-long halt has stretched on to nearly five months with Chinese authorities reportedly denying the ship – carrying Australian coal – permission to offload their cargo in China.

“Our medicines have run out and we are so hopeless, some of us are on the verge of killing ourselves,” Gaurav tells News18 over the phone. “I don’t know how long some of us can take this ordeal.”

Ghosts in a steel box

Having been a sailor for eleven years, Gaurav is used to spending long hours at the sea and is well accustomed to the sailor life. The past few months, however, have been nothing like any he has experienced before.

Not having set foot on shore for over a year when they were allowed their last shore leaves, many on the ship have started to “lose their minds now”, the sailor says.

“One of the crew tried to kill himself by slashing his wrists a few months ago. His entire family including his wife, two children, and elderly parents had tested positive for coronavirus,” Gaurav recalls. Gaurav and other members of the crew had managed to save man in just the nick of time.

Yet another member of the crew on board for nearly two years lost his mother in 2020 but was not allowed to return to India, even after Chinese authorities were informed that he was needed for performing the last rites. The sailor’s mother was ultimately cremated by strangers.

Describing the endless nightmare, Gaurav says, “We are like ghosts trapped in a steel box. Most of the crew remains locked in their cabins all day, coming out only for meals while imagining the worst possible scenarios for the rest of the time.”

At least 12 of the 18-member crew on board (which includes a Philippine sailor and a Russian) are in severe need of medical treatment, both for mental health issues as well as physical problems arising out of lack of movement.

Anastasia isn’t the only ship stranded in Chinese waters. About 30 nautical miles from Caofeidian where Gaurav and his crew members are anchored, the MV Declan Duff with an all-Indian crew of 20 sailors has been sitting in the anchorage area of Jingpang in Hubei province from July 23.

In the past few days, while MV Anastasia and another docked ship – MV Jag Anand – had been leading a public campaign for their release by approaching the media to mount pressure on the Indian government to back their release with China, the crew members of MV Declan Duff were silently waiting and watching.

On January 10, 2021, MV Jag Anand owned by Great Eastern Shipping Company that carried 23 crew members and had been docked in Jinpang since June, was released for crew change to Japan. The move came after the Indian government earlier in the month said stated in the media that it was making diplomatic efforts with China to release the ships.

Once the ship departed, the Wallem Shipping Management Company-owned Declan Duff’s crew – which was anchored just about three miles from Jag Anand – began to lose heart.

“All this time we had hoped the media attention whipped up the 39 Indians stuck on Jag Anand and Anastasia would also help in our release,” Arihant Shukla from the Crew of Declan Duff tells News18. “Watching her leave was devastating because now we knew that we had been left behind. We are Indian too. What about us?” 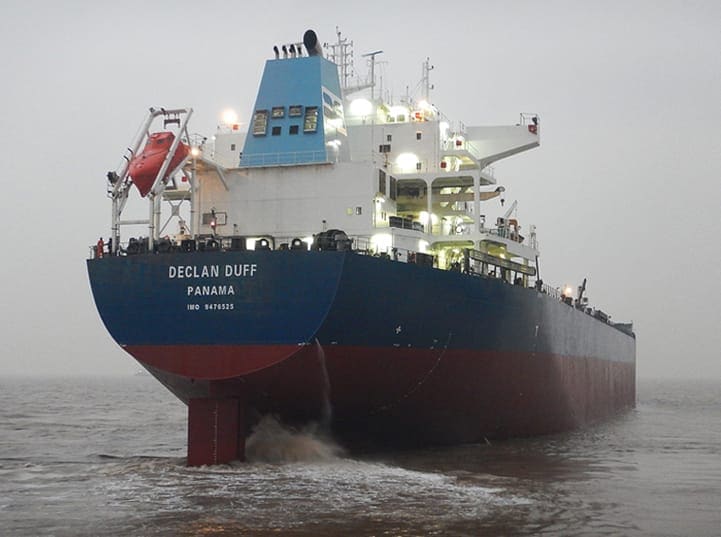 Why have the ships been halted?

According to sailors who spoke to News18, the exact reason for China’s refusal to allow crew-change in Chinese waters or allow the ships to pass through customs and offload their cargo, even before the coal blockade was finalised in December, remains unclear.

Asserting that Beijing “never denied any vessel departure”, China has previously said that the “real” reason for Indian sailors stranded near its shores is that the “freight forwarder doesn’t want to adjust plans due to commercial interests”.

The Chinese have cited Covid-19 restrictions to deny crew-change to the sailors. But since most of the crews had not stepped foot on land for months, many onboard questioned the sincerity of the reason given for their delay.

The timing of some of the ships’ anchorage coincides with China’s worsening diplomatic relations with India in June last year, culminating in the Galwan Valley violence in which twenty Indian soldiers lost their lives.

China’s refusal to allow the unloading of Australian coal is also in line with the months of vague restrictions on imports and shipping that China was employing – causing in the stranding of ships – amid its growing tiff with Australia. Inspired, as per an analysis by the New York Times, to protect its internal mercantile economy, critics have also claimed that the move by China to block Australian imports was a way to punish the country for calling for an inquiry against China’s role in the coronavirus outbreak and its handling.

However, it’s important to note that t isn’t just Chinese authorities that play a role in the release of the sailors. The companies that own the cargo vessels, as well as the freight forwarders or charters whose cargo is being moved– are equally responsible.

Stuck at sea for 17 months now, Arihant thinks it’s high time that companies and charters, as well as the governments of both India and China, should do something about it.

The Mumbai resident who is the father to a four-year-old toddler missed the child’s birthday but insists he has it better than another sailor whose child was born in his absence and has now become 15-months-old. Or another, whose daughter is set to get married in February, and the thought of missing is unbearable to him.

The decision to allow the crew members of Jag Mohan to return to India via Tokyo had brought hopes for some that the rest of the ships too may now be released. But keeping up morale is harder than it sounds when one is stuck without hope, Gaurav back in Anastasia tells News18 over a call.

In the past three weeks, the crew was finally contacted by the Ministry of Foreign Affairs following some media reports and an online petition led by Gaurav’s brother-in-law Shivraj G on Change.org demanding the Indian government to put pressure on Beijing and also on all the private players involved. MV Anastasia is owned by MSE while Declan Duff is owned by Wallem Ship Management Company.

“All we are asking for is a date of release. So that we can find some hope in despair,” Gaurav sighs.

Meanwhile, back in India, Arihant’s 4-year-old child grows older without a father while the family of Gaurav in Pune endlessly awaits the return of their boy. 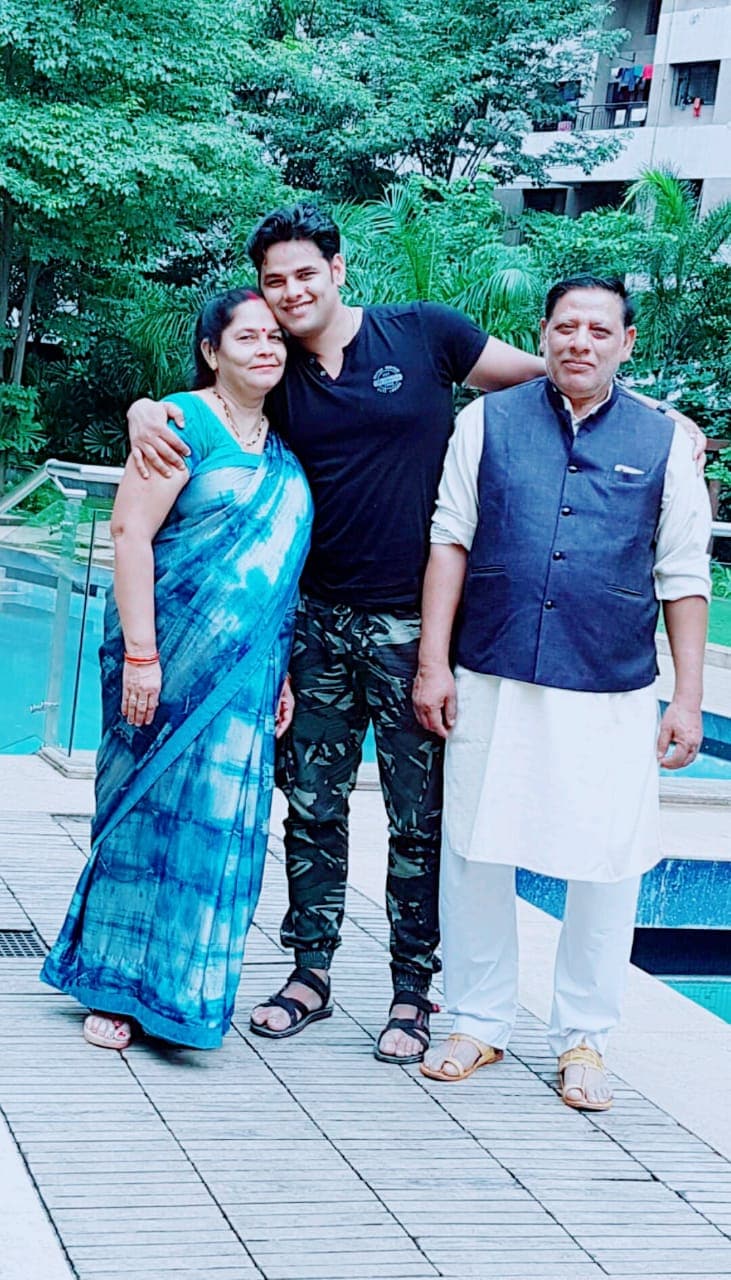 “Some days, I don’t know how to go on. I put on a brave face for him on the phone and tell him it will be okay. But his hopelessness breaks me,” Gaurav’s mother Savitri Singh breaks down while speaking to News18 over the phone. She has never stayed away from her youngest boy for so long and fears for his mental health, owing to the extraordinary conditions he is in.

“He likes to eat sambhar a lot. And only likes dal and sabzi that I make at home. He tells me that they feed him well there. I’m thankful that at least he isn’t going hungry,” she says by way of consoling herself. After all, consolations are all she can offer to herself and to her son, she says.