'We Never Thought We'd be Saying This': Why Burger King Urged People to 'Order from McDonald's'

Burger King has appealed to its customers to buy from it's competitor McDonald's to help them survive the lockdown.

pandemic takes an adverse toll on businesses across the world, a latest appeal from American fast-food chain Burger King has left people in awe.

Burger King has appealed to its customers to buy from it's competitor McDonald's to help them survive the lockdown.

Taking to social media, Burger King said "We never imagined we would ask you to order from KFC, Domino’s Pizza, Subway, Five Guys, Greggs, Papa John's, Taco Bell, and other independent food outlets, too numerous to mention here. In short, from any of our sister food chains (fast or not fast)."

It further added, "We never thought we would be asking you to do this, but restaurants employing thousands of staff really need your support at the moment. So, if you want to help, keep treating yourself to tasty meals through home delivery, takeaway or drive thru." 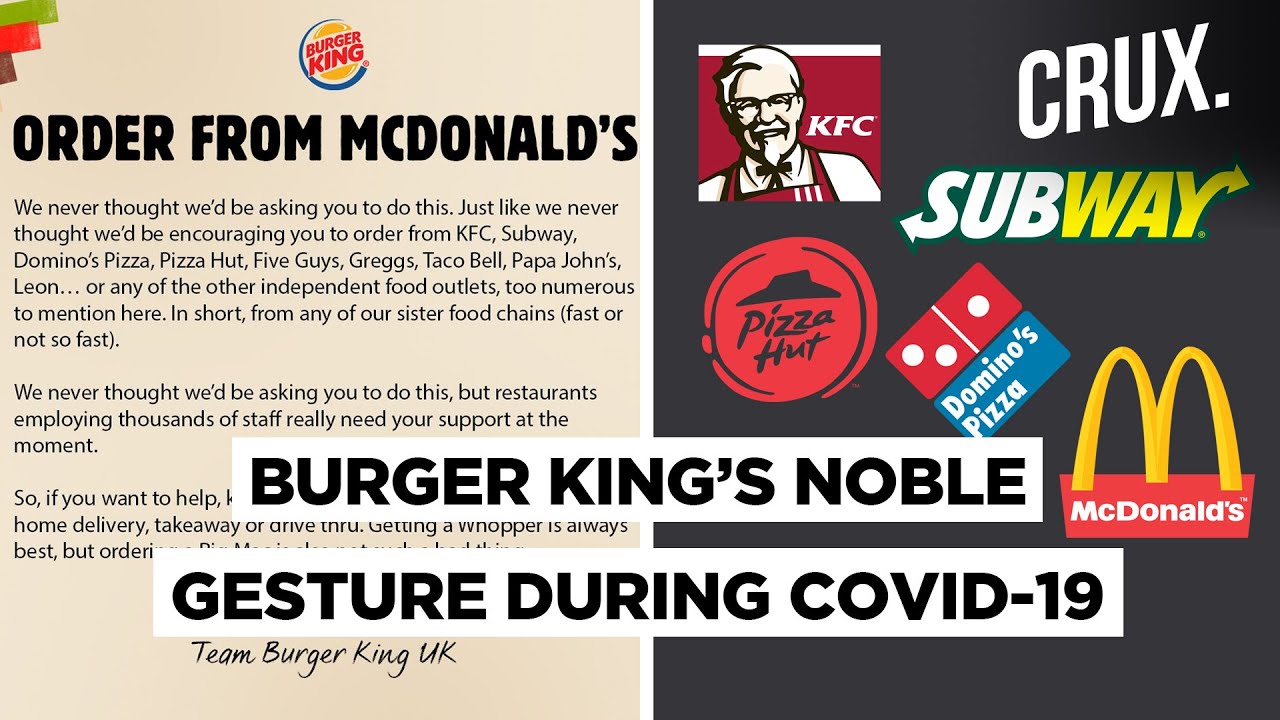 Captioning the post, "We know, we never thought we’d be saying this either", the food chain with a jovial note at the end added, "getting a whopper is always best, but ordering a Big Mac is also not such a bad thing."

We know, we never thought we’d be saying this either. pic.twitter.com/cVRMSLSDq6

The tweet by the King went immediately viral, garnering immense love and respect from netizens on Twitter. "Respect from a McDonal's fan" to "What an absolute chad move Burger King, lots of respect!", people flooded the post with a lot of heart warming reactions.

Respect from a McDonald’s fan

What an absolute chad move Burger King, lots of respect!

The Most Ambitious Crossover Event In History

A couple of months back, Burger King teamed up with Mental Health America to release “Real Meals” in select cities(New York City, Los Angeles, Seattle, Austin, Texas and Miami) for a month to draw attention towards mental health issues and take a dig at rival McDonald’s for its ‘Happy Meals’ advertising slogan.

They “strongly resemble its competitor’s iconic Happy Meals — but named after a range of less cheerful human emotions,” according to marketwatch.com.