What Would You Do if Your Nude Photos are Used to Blackmail You?

In a span of around 12 hours on an otherwise uneventful Friday, 26-year-old Taruna Aswani's life was disrupted in a manner most unexpected.

In a span of around 12 hours on an otherwise uneventful Friday, 26-year-old Taruna Aswani's life was disrupted in a manner most unexpected. It was followed by a timely reminder that night. 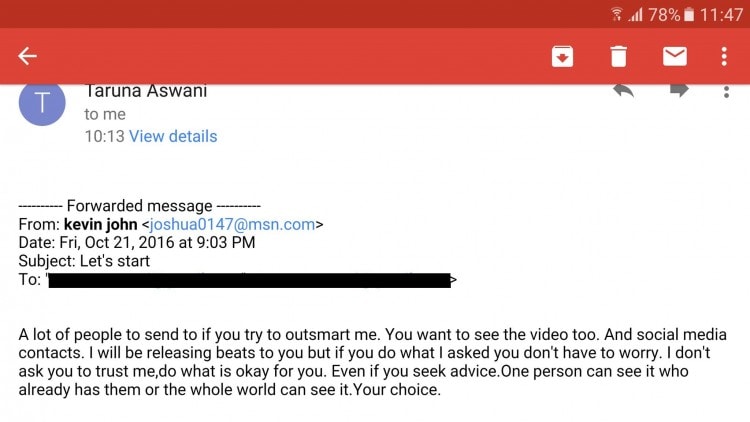 And these weren't empty threats. Attached with the mails were three pictures of her naked — pictures she had sent her boyfriend.

But Taruna did not cower down to her harasser. She did not give in to his perverted demands. Neither did she choose to wait and watch, doing nothing at all.

Taruna bucked the trend. She chose to speak up instead. And go public.

Predictably, her post has raised quite the storm on social media. And like everything on the Internet, opinion on it, too, is fiercely divided.

While thousands of people have supported her and lauded her courage... … there are also many who reacted harshly, questioning her decision to click such pictures of herself in the first place. 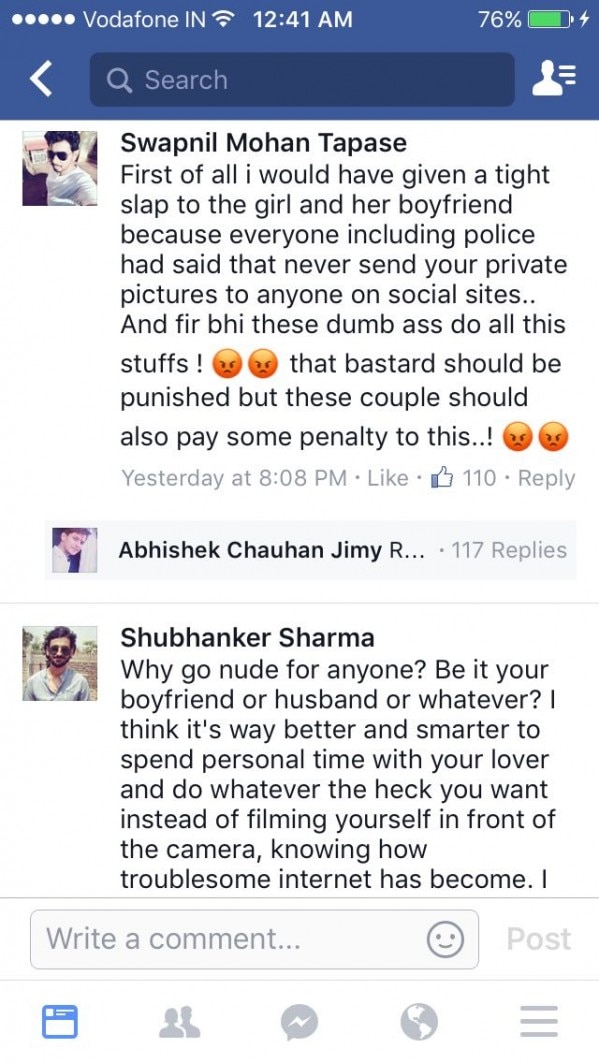 In this exclusive interview to CNN-News18, Taruna responds to those criticising her and calls upon other women caught in similar situations to speak up against their harassers.

Her long-time boyfriend, Stas Estko, a Polish national, working in India for the past seven years, concurs. “There are many people in India who are conservative and are judging Taruna negatively. But these people must understand that sending such pictures to your partner is neither uncommon nor unnatural. It is an act between two consenting adults whose privacy must be respected instead of their moralities being questioned.” 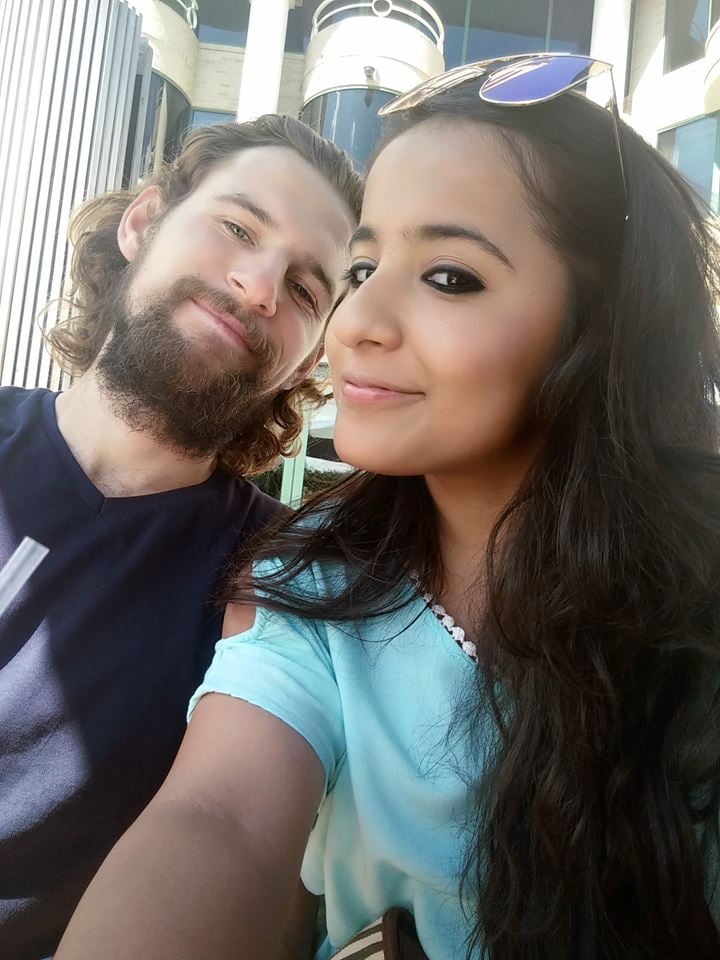 From Mumbai to Maryland – What Next?

Taruna hails from Mumbai but shifted to Maryland in the US five months ago to pursue a career as a professional physical therapist. She has been in Maryland throughout the ordeal.

She has sought help from investigating agencies in the United States, including the FBI and the Maryland police, but to no avail.

CNN-News18 helped Taruna get in touch with Sachin Patil, DCP, Cyber Cell of the Mumbai Police. Patil has requested Taruna to provide information regarding the IP addresses from which logins were made into her cloud storage facilities.

Speaking to CNN-News18, Patil said, “The investigating agency with which the initial complaint has been filed is in Maryland, USA. If we receive word from them requesting for cooperation in the probe, we will definitely assist them in tracking down the perpetrator.”

But DCP Patil does not mince words — success rates in tracking down such cyber criminals is not very high.

The perpetrators are often beyond the jurisdiction of the country in which the victim is based. In such situations, international cooperation is imperative before the blackmailers can be tracked down.

According to Patil, email and cloud service providers like Google and Microsoft also prove unhelpful at times, especially when the investigating agency dealing with the case is from a country other than the US.

Governed by American cyber laws, Google may not necessarily release information sought by an Indian probe agency. Thankfully, in Taruna’s case, this is not likely to be a problem as the complaint was filed with American law enforcement agencies. But only if the American agencies concerned choose to act on her complaint.

Taruna Aswani is not the first woman to have been threatened because private pictures and videos of her have been accessed by someone looking to blackmail her over them. And she will most definitely not be the last.

But what makes Taruna’s story extraordinary is her willingness to take the harasser by the horns.

DCP Patil commends her courage. “Taruna has set an example. The problem must be reported to the police at the earliest. Most often, cases like these go unreported. But hopefully, victims of such harassment will take a cue from the courage shown by Taruna and come forward and break their silence.”

Very often, the reason victims stay quiet is because of the stigma they are likely to face if they go public. Character assassination by acquaintances, neighbours and, possibly, even family members may seem too high a price to pay.

And Taruna’s mother, Divya Aswani, does not shy away from accepting that there will be many who criticise, judge and shame her daughter.

“I do not care what people have to say. I am extremely proud of my daughter and I salute her courage in coming clean with this. I will support her every step of the way. The pictures she took were meant to be private. Nobody has the right to violate her privacy. The crime was not committed by my daughter in clicking those pictures, the crime was committed by the man who used them to harass her.”

Can Taruna Set Off a Trend?

In an increasingly vulnerable web space, where everything from your credit card details to private images are at the risk of being exploited or exposed, the debate will rage on as to whether it is wiser to delete information that may compromise you in future.

But that is not the issue at the core of this story. This is a story of a victim of online sexual harassment speaking out against cyber criminals, defying her harasser’s intimidation and not giving in.

Because Taruna Aswani realises that that is the only way to fight the menace that haunts her. And the thousands of others who suffer a similar fate, but in silence.