Who is Jagmeet Singh, MP Expelled from Canadian Parliament For Calling Out 'Racism'?

On Wednesday, Canada’s Indian-origin Sikh MP Jagmeet Singh was removed from Parliament after he called a lawmaker “racist” for denying approval for a motion calling out systemic racism in the police force.

His expulsion triggered widespread furore and even Canadian Prime Minister Justin Trudeau backed him up. Trudeau stood behind Singh, who is also the leader of the Opposition.

In both Canada and India, search for Jagmeet Singh and other details about him have spiked in the past twenty-four hours.


Who is Jagmeet Singh?

Apart from being the leader of the NDP party, Singh is also an accomplished lawyer and a human rights activist. The 41-year-old politician spent his childhood in Scarborough, Ontario and also Windsor. He was practicing as a criminal defense lawyer in Brampton before entering politics.

He started his political career in 2011 when he was elected as a Member of Provincial Parliament (MPP) in Ontario. On October 1, 2017, Singh was elected as the head of the NDP.

It was an incident during Singh's election campaign which thrust him into the limelight. The slogan for Singh's campaign was 'Love and Courage', which he upheld even during encounters with those opposing him.

During one of his public meetings, an angry heckler approached Singh and accused him of promoting Sharia law.

Unlike most politicians, Singh did not say a word. Instead, he let the protester finish her piece. He then proceeded to say that there was no place for hate in his campaign. He added that he did not want to ruin a positive event with hate vibes and even said, "we welcome you" which naturally took the protester by surprise. 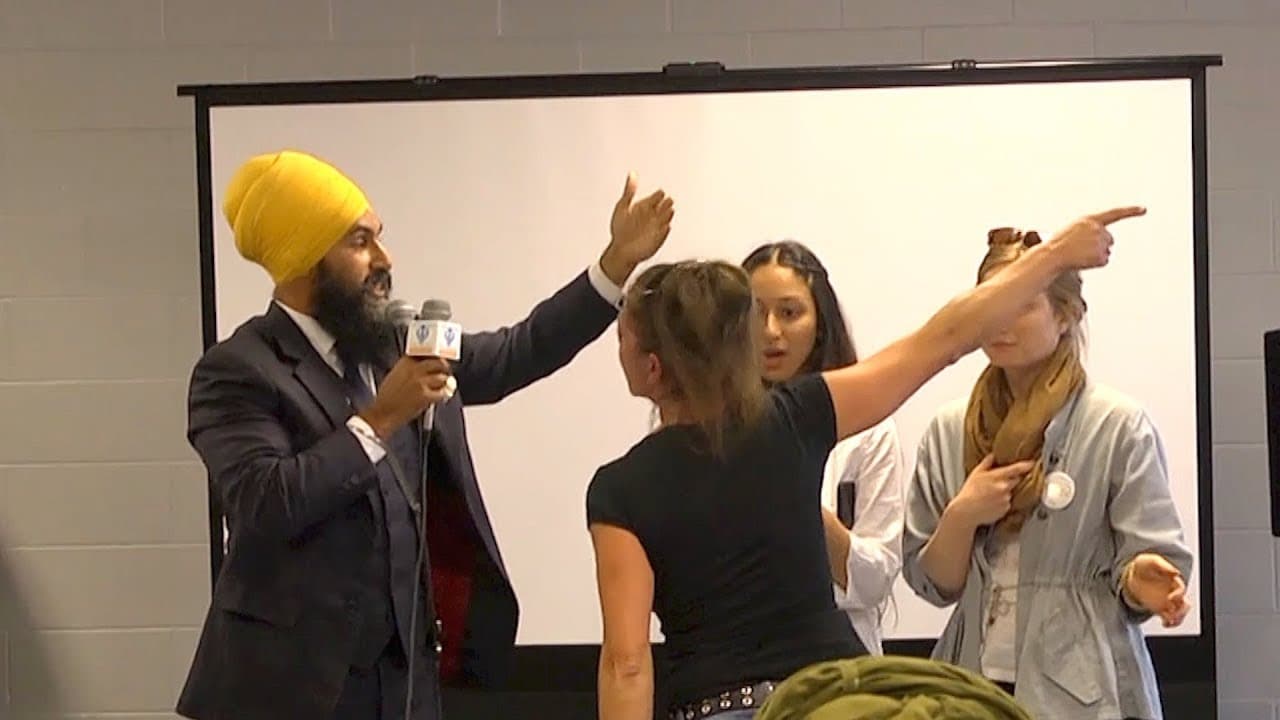 You can watch the full video here.

In 2019 too, Singh faced the brunt of racist voters when a man came up to him during a campaign rally and asked him to cut his turban off so that he could look like a Canadian. Unfazed by the comment, Singh responded that "Canadians look like all sorts of people." Interestingly, Singh is the first minority leader heading a major political party in Canada. Watch the video of the confrontation here.

In fact, according to reports, Singh getting elected was a ray of hope for several minority and indigenous communities and paved the way for their representation in the future.


Why did Singh get expelled from Parliament?

On Wednesday, Singh was seeking the unanimous consent of the House of Commons to pass a motion recognising there is systemic racism within the Royal Canadian Mounted Police (RCMP).

His motion also called for other accountability measures related to the RCMP, including a full review of the use of force by members and the training officers get. However, Bloc Quebecois's Alain Therrien had refused to sign the motion, and after a heated exchange, Singh accused him of being racist.

“I don't back down from standing up to racism… I don't think it benefits for me to call people names, I was angry at the moment and I stand by it. In that moment I got angry, but I am sad now, because why can’t we act? Why can’t we do something to save peoples’ lives? We can do something, and why would someone say no to that?” Singh later told reporters.

He also repeatedly asserted he would not apologise, which eventually led to his removal.