Home » News » Buzz » Why Is the Satellite Imagery For Israel and Palestine on Google Earth So Blurry?
2-MIN READ

Why Is the Satellite Imagery For Israel and Palestine on Google Earth So Blurry?

Satellite imageries play a key role in reporting conflicts, however, there are also concerns that the availability of these detailed images could create a compromising situation for security.

Satellite imagery and data mapping play an important role in studying the magnitude of attacks and destruction that takes place in the conflicted zone. However, despite all the technological advancements in satellite imagery that we have today, images of Gaza that are available on many public map platforms are ‘blurry’ to say the least. It’s barely possible to spot cars in Gaza city from these images.
In fact, much of both Israel and the Palestinian territories appear on Google Earth as low-resolution satellite imagery even though high-resolution images are available with satellite companies. 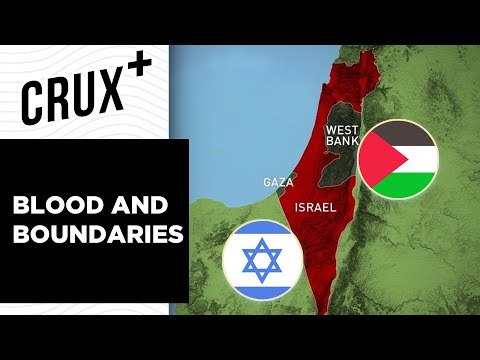 Why is satellite imagery important here?

Satellite imageries play a key role in reporting conflicts, however, there are also concerns that the availability of these detailed images could create a compromising situation for security. With the ongoing conflict of Israel and Palestine in Gaza, independent investigators are looking to corroborate the locations of missile fire and targeted buildings in Gaza and Israel, using satellites.
However, the images available on Google Earth and other public mapping platforms are of low resolution and there blurry.

In 1997, the US introduced the Kyl-Bingaman Amendment (KBA) to address the security concerns of Israel. The KBA restricted the quality of images that were available on a commercial basis. It limited the image quality so that an object the size of a car was just visible but anything smaller than was even difficult to identify. While this ruling was referred to Israel, the restrictions also applied to territories of Palestine. However, once non-US providers such as French Company Airbus were able to supply these images, US Government came under pressure to end these restrictions. In July 2020, the KBA was dropped and now the US government allows companies to provide higher quality images to be provided for commercial use.

So why is Gaza still blurry?

With the recent conflicts in the region, independent investigators have been demanding high-quality images to be made available, but this does not look like a possibility in near future. Speaking to BBC, Google officials said that it intends to refresh satellite imagery as high-resolution images become available from different sources, but added that there were “no plans to share at this time”.
Meanwhile, tech giant Apple whose mapping apps also show satellite images, said that it was ‘working’ to update its map to a higher resolution.

Who takes these satellite images?

Public mapping companies like Apple Maps and Google Earth rely on companies that own satellites to supply imagery.
According to BBC, two of the largest of these satellite companies Maxar and Planet Labs have high-quality images from Gaza and Israel available and it could reveal detail down to half a meter or less.