Home » News » Buzz » Kerala Floods: As Death Toll Reaches 324, Here's How You Can Assist in the Relief Operations
4-MIN READ

Kerala Floods: As Death Toll Reaches 324, Here's How You Can Assist in the Relief Operations

The death toll in Kerala has reached 324 and the people need your help immediately. Here is how you can make a difference and assist in the relief and rescue operations.

With 324 people dead, Kerala is witnessing one of the worst natural calamities to have hit the state in a century. The rains have not only brought floods but also triggered landslides in the state, bringing Kerala to an abrupt. All means of transportation have been affected by the torrential rains which have displaced almost three lakh people.

Several funds and arrangements have been set up to help out those affected by the deluge and people at large have been rampantly sharing helpline numbers and details for contributing money and amenities to the state. But with all the chaos and the madness that is ensuing, it is fairly easy to get confused.

Here is a collective list of contact helplines and websites through which one can contact for relief operations or make a donation to Kerala at its time of need:

Making a contribution to the Chief Minister's Fund

Here's how you can help those affected by the unprecedented floods in Kerala. Now you can make donations online to Chief Minister's Distress Relief Fund through the site, https://t.co/OFHTHlZ9by #KeralaFloods #StandWithKerala. pic.twitter.com/XNlBKqdCUT

Saving their lives was our priority. Now it is our duty to help them rebuild it. Contribute generously to the Chief Minister's Distress Relief Fund. #KeralaFloods #KeralaFloodRelief pic.twitter.com/eNHjyENt8d — CMO Kerala (@CMOKerala) August 11, 2018


CM Pinarayi Vijayan has been repeatedly sharing the details of how to contribute to the CM's fund on his social media handles. You can go the direct link https://donation.cmdrf.kerala.gov.in/ to make a donation. EVERY CONTRIBUTION COUNTS.

You can also send money by cheque/DD or internet banking.

The chief minster has also shared a list of telephone numbers to reach out to when assistance is needed to carry out rescue operations.

Alert: People in the low lying areas along Chalakudy river and its tributaries are requested to move to higher locations as a precautionary measure. All stranded people are being attended by the forces in maximum capacity. #KeralaFloods2018 pic.twitter.com/6QWiTj2Guc

Interactive Map for locating contact details of relief operations near you:

Donate an amount, enlist as volunteer or contribute other essentials through independent websites:

Considering how it is often difficult to communicate during natural disasters, the state government along with Kerala State IT Mission and IEEE has come up with KeralaRescue – a website specifically designated for the relief and rescue mission in the state.

Rapid Response India has also released an appeal for donating to the Kerala Relief Fund.

You can go to the website or donate through their Ketto fundraiser campaign or through a cheque/DD. All Donations to Rapid Response are 50% Tax Exempt under section 80G of IT Act, 1961.

The NGO Goonj is also asking you to contribute money and/or essentials to the nearest drop centre available in your city.

World Vision India too has started a fundraiser campaign on their website and is accepting donations for relief and rescue operations.

Contribute to the Collectors' Relief Campaigns

The collectors of Idukki and Kannur have also started a relief campaigns.

A campaign by the name #DoForKerala has been launched on several social media platforms by Anbodu Kochi, a social media collective in association with Ernakulam district administration. As many as four collection points have been arranged by the group in the city, namely, Weavers Village in Rosscote Lane, opposite Trivandrum Club and Sri Mulam Club at Vazhuthacaud and B'hub, Mar Ivanios Vidyanagar, Nalanchira. People can contact the district coordinators by calling on the numbers 9809700000, 9895320567, 9544811555.

News18 too has released a helpine for 24*7 assistance for flood affected people. 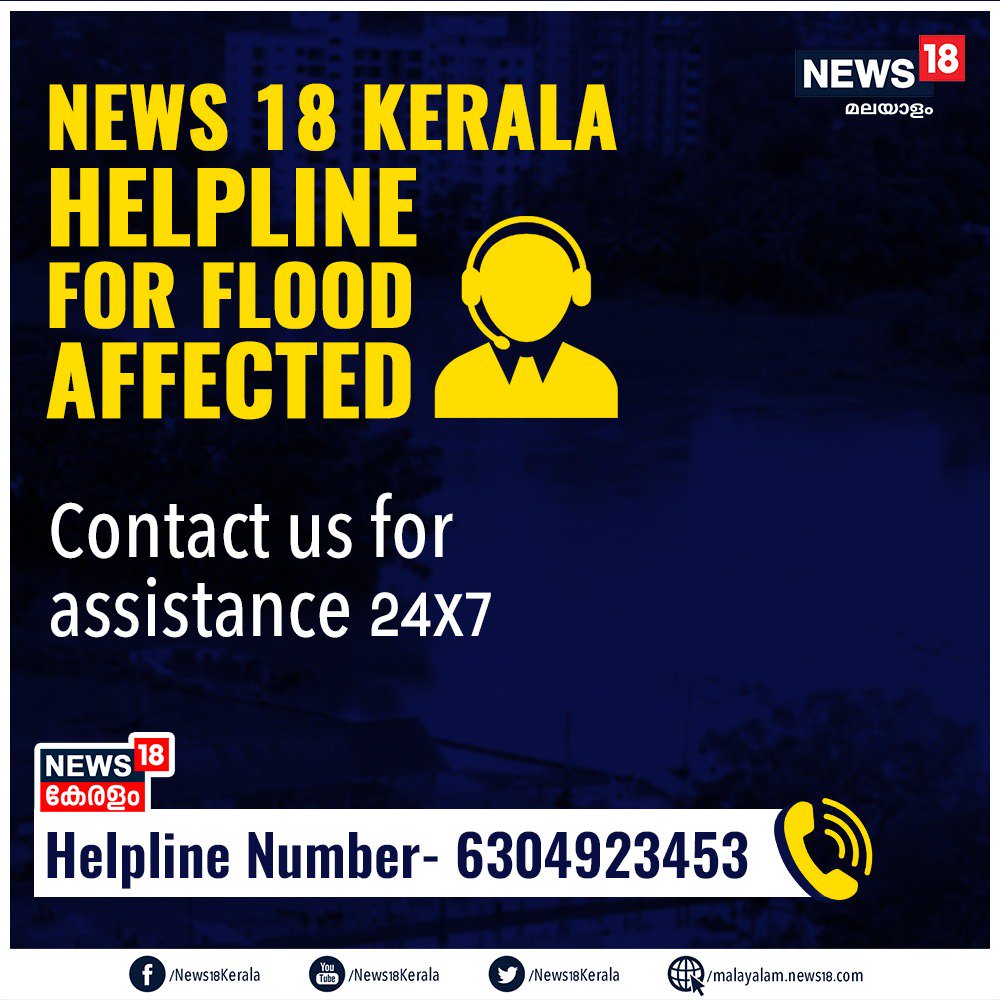 Remember, every contribution will make a difference.
Tags: