Home » News » Buzz » 'You Could be President': Kamala Harris' Advice to Niece in Viral Video is Winning Twitter
1-MIN READ

'You Could be President': Kamala Harris' Advice to Niece in Viral Video is Winning Twitter

Kamala Harris is the first Asian-American to be picked as a Democratic vice presidential nominee.

Sen. Kamala Harris recently shared an adorable moment with her great niece. Amidst continuing her fight during US election, Harris is inspiring the little girl who has bigger ambitions in life. The niece of Democratic vice-presidential nominee Kamala Harris, Meena shared a heart-warming video on social media. Meena Harris’s daughter, Amara Ajagu, is sitting on Harris’ lap as they engage in an interesting conversation. The discussion between the vice presidential candidate and her great niece is about the latter being a President. The vice presidential nominee in the video gives the 4-year-old reassurance about her political aspirations.

“You could be president.” pic.twitter.com/akB2Zia2W7

Meena further accompanied an adorable update replying to her own post where she spoke of her daughter’s career choice and dreams. “For context, my daughter wants to be both president and an astronaut,” she wrote.

The sweet and short exchange where the senator tells her excited great-niece to follow her dreams is winning the internet. The video shared by Meena, on Thursday, has grabbed people’s attention on social media and garnered more than 450,000 views so far. It has also collected tons of comments from the users of the microblogging platform who were in awe to see Harris inspiring the younger generation. 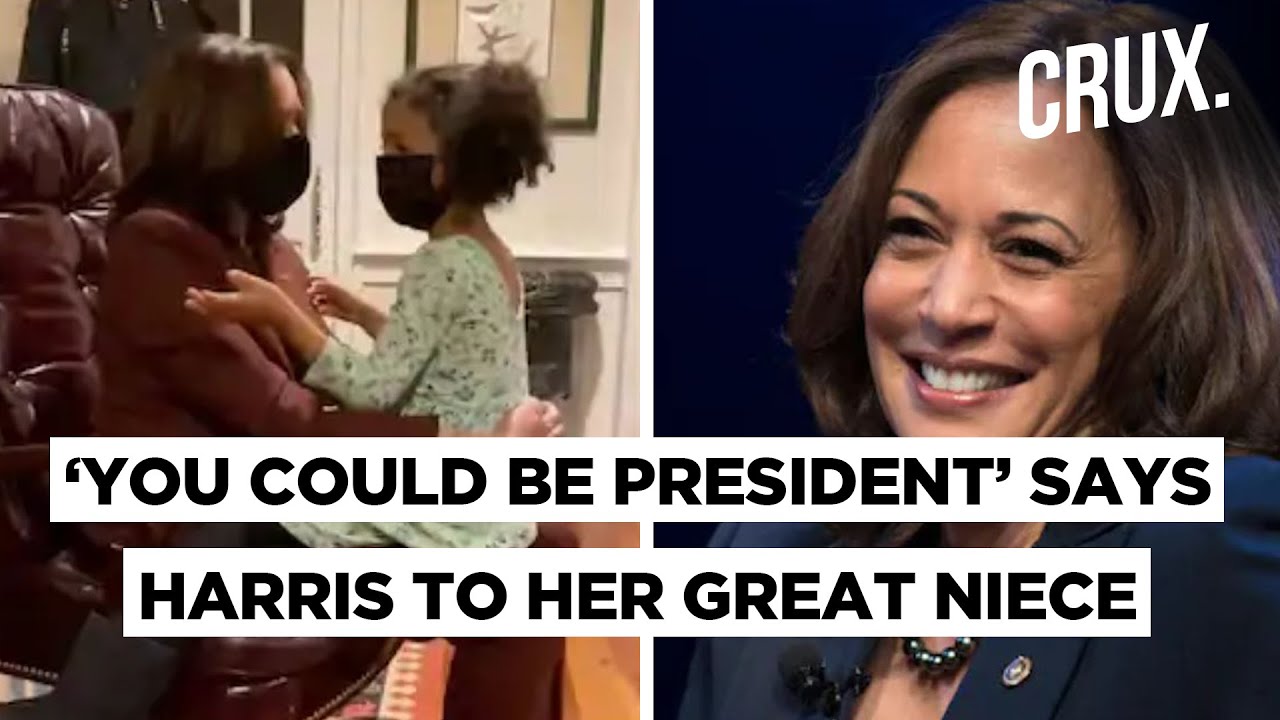 Meanwhile, Kamala is the first Asian-American to be picked as a Democratic vice presidential nominee. If Harris and running mate Joe Biden are successful in their bid, she would make history by becoming the first-ever Black American and Asian-American to be the Vice President. The final vote-counting is underway and the end results will determine who among Kamala Harris and Mike Pence will be the next vice president.