Zao, a New Chinese AI App Lets You Swap Your Face With Any Celebrity in 8 Seconds

From just one photo in a thumbnail, you can replace Leonardo Di Caprio in every movie he has starred in.

The already scary world of Deepfakes just got scarier.

After DeepFakes, Faceswap and the recent DeepNudes, comes new Chinese app that superimposes people's faces in the span of a few seconds.

Zao, (Chinese name: 颜技-全民AI视频换脸做演员) which is now available on iOS in China, Japan, India, Korea and a few other Asian countries, is an alarming app that is essentially if DeepFakes and FaceSwap were merged into one.

The app which was released on Friday quickly reached the top of the free charts on the Chinese iOS App Store. And just like FaceSwap, the app is now sparking privacy concerns.

To verify this, News18 downloaded the app and gave it a shot, only to find some more troublesome news. To actually 'upload' something onto the app for it to be used, you can choose from either pre-existing templates, or upload your own images.

This 'uploading' comes with entering your phone number and email ID before you can actually use it. You essentially give up with your mobile phone number to be in Jennifer Lawrence's shoes for a few minutes.

So how does this app work?

In case you haven't heard, #ZAO is a Chinese app which completely blew up since Friday. Best application of 'Deepfake'-style AI facial replacement I've ever seen.

Here's an example of me as DiCaprio (generated in under 8 secs from that one photo in the thumbnail) pic.twitter.com/1RpnJJ3wgT

Essentially, in less than 8 seconds, you can replace Leonardo Di Caprio in every movie he has starred in.

Or Game of Thrones, if being Mother of Dragons is your thing.

Worried over these mounting privacy concerns, WeChat, has restricted this app on its website. Zao, has put out a statement on Weibo, saying “we completely understand everybody’s concerns about the privacy issue. We are aware of the issue and we are thinking about how to fix the problems, we need a little time.” Its terms and conditions now say user-generated content will only be used by the company to improve the app and that all deleted content will be removed from its servers.

If you're thinking, it's still just in China, right?

Users all over the world are trying to download it, and on seeing in Chinese, are leaving negative reviews, and sharing their anticipation of when this app will be available in English for them to download. For now, while some of us can't actually read Chinese and there's no immediate translate option, there's a visual guide on how to use the Artificial Intelligence to change photos. 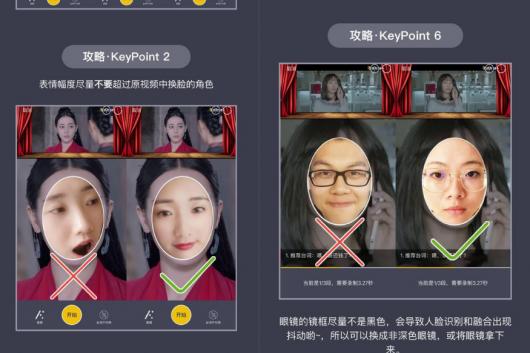 For now, the app is limited mostly to movies and TV series, we wonder how long will it be until it replaces faces in regular videos, shot on our smartphones. And considering the era of fake news we live in, how far away are we really from it happening?