Classes with News18: How Unusual Weather Could Debunk Your Class 8's Definition of 'Natural Disasters'

The temperature of the earth is changing because of various astronomical factors and anthropogenic (man-made) activities.

ICSE’s geography book for class 10 mentions the reason why Mumbai doesn’t see extreme weather. Perhaps, we could be one of the reasons for heatwave

A few weeks ago, the Indian Meteorological Department had predicted heatwave in Maharashtra and Gujarat. While the Vidarbha region in Maharashtra’s north-central and Marathwada region have witnessed temperatures of at least 40 degrees Celsius, a warning of extreme heat is slightly unusual for Mumbai.

ICSE’s geography book for class 10 mentions the reason why Mumbai doesn’t see extreme weather. “The places situated in the interior have extreme continental type of climate, whereas places situated ‘near the sea have equable climate’ due to effect of land breeze and sea breeze caused by differential rate of heating and cooling of land and sea,” chapter 4, ‘Climate of India’, reads.

When is Heatwave Declared in Coastal Regions?

Heat wave warnings are issued when the temperature of any coastal station reaches 37 degrees and the departure from normal is between 4.5 to 6.4 degrees. When both these conditions are met for a coastal station like the city and when it persists for two days at more than one station, then a heat wave is declared for that region. If departures exceed 6.5 degrees, then severe heat wave conditions are issued by the weather bureau.

But Why This Extreme Summer in Mumbai?

Perhaps, we could be one of the reasons for heatwave. By now, we all know that the temperature of the earth is changing because of various astronomical factors and anthropogenic (man-made) activities. Urbanisation, industrialisation, rise in population and other economic activities are releasing greenhouse gases that are aiding the rise in temperature. Climate change can impact frequency, intensity or severity of extreme weather events.

So, Then Can This Weather Change be Classified as Man-made Disaster?

In ‘New Trends in ICSE — Discovering the World’, chapter 5 on ‘Natural and Man-made Disasters’, states that there are two types of disasters. One is a ‘natural disaster’ and the second one is a ‘man-made disaster’.

“Natural disasters are the disasters which are caused by the forces of nature and are beyond the control of human beings. It is the nature which provides us essential resources like soil, water, air, etc. but sometimes nature can be cruel. Earthquakes, floods, landslides, volcanic eruptions, etc. are natural disasters,” the geography book for class 8 reads. “Man-made disasters are those for which human beings themselves are responsible. Wars, riots, nuclear explosions, industrial accidents etc. are some of the man-made disasters,” the book further reads.

There’s however an exception in the definition stated in the book. Yes, some natural disasters can be man-made owing to conditions created by humans.

How Have Natural Disasters Become Man-made?

In 2020, more than 158 people died or gone missing, 3.67 million residents were displaced and 54.8 million people were affected, causing a devastating 144 billion yuan ($20.5 billion) in economic losses.

While Beijing touts its massive dam network as a remedy for its devastating annual floods, experts have over the years questioned the structural integrity of the Three Gorges Dam on the upper Yangtze, the world’s largest hydroelectric dam, built in an area criss-crossed by geological faultlines.

A report by news agency IANS quoted a researcher as saying that droughts and floods - both can be caused due to dams. While flow of water can be easily diverted leading to droughts, excess water released from a dam reservoir can cause floods. A report in AFP quoted Li Shuo, a climate analyst for Greenpeace East Asia, as saying that the floods “ring an alarm bell for China that climate change is here."

The country’s rapid development and breakneck urbanisation has also exacerbated flooding. Urban sprawl has covered more and more land in impermeable concrete — increasing the risk of rapid water buildup on the surface during heavy rain with nowhere to drain into. Horton also said that some of the country’s big lakes have been drastically reduced in size.

Many experts believe that keeping the floodplain generally free from flood-control structures, is the only method which is effective in the long run.

“Moreover floodplains, when left undeveloped, are ideal and highly productive for a wide range of conservation and allied uses—including farming, parklands, open spaces, and habitats for wildlife,” a report by Cambridge University read. 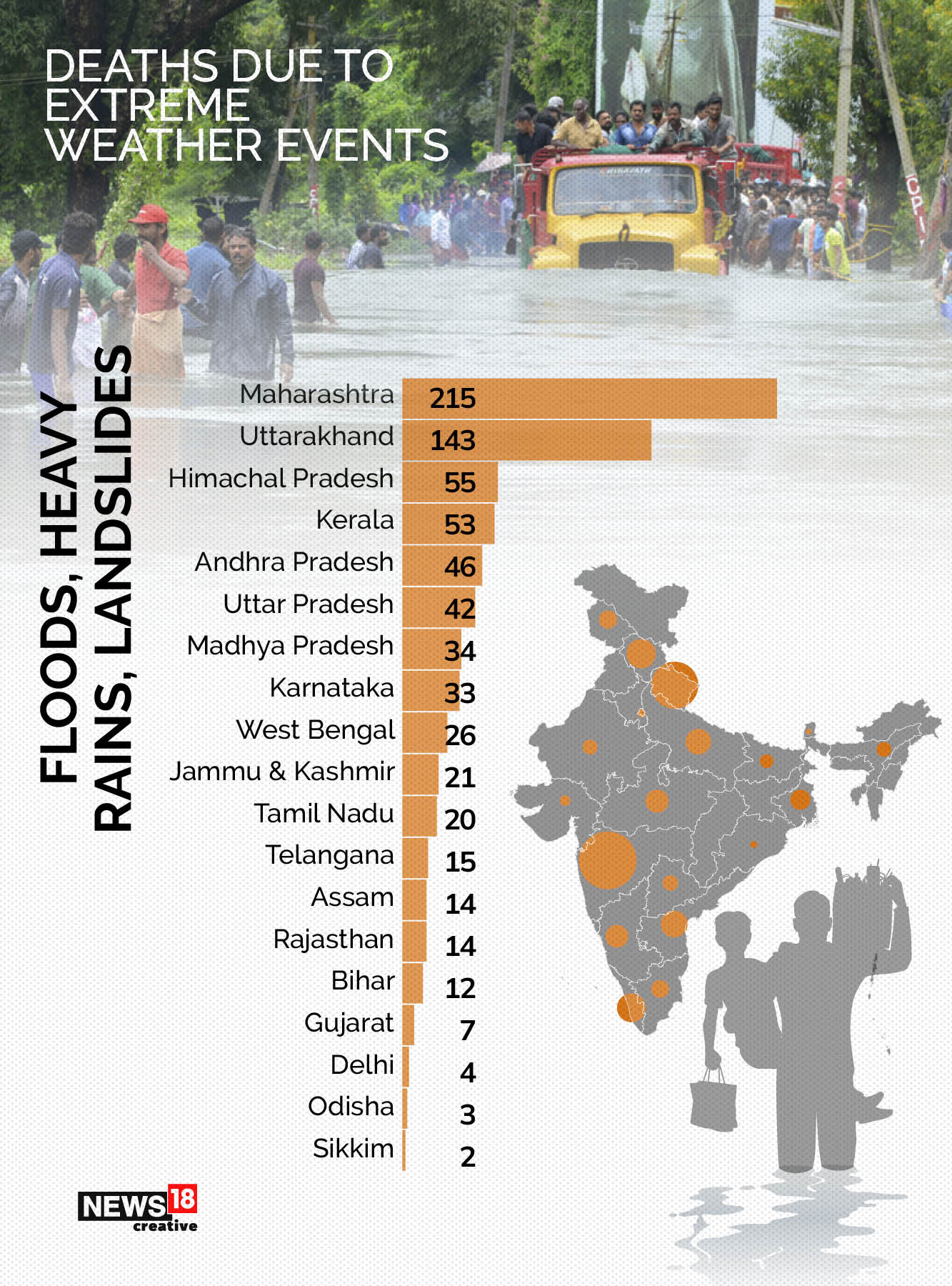 Uttarakhand faced one of the worst flash floods in 2013 that killed thousand of people and left behind a trail of destruction.

When the cloudburst hit the states, the floodwater, with tonnes of silt, boulders and debris could not find any outlet. These floodwaters otherwise take a natural route, including rivers and streams. These outlets were blocked with sand and rocks for the construction work.

When the water did not find a way to escape, it inundated scores of towns and villages, submerging some buildings under several feet of mud, smothering life.

The gushing water and rocks from the higher mountain ranges, said to have been caused by glacier lake outburst floods (GLOFs), deluged Kedarnath temple. GLOFs, or the explosive bursting of glacier lakes, are thought to be a consequence of human-induced climate change, which is causing rapid melting of glaciers in the Himalayas. The floods in Chennai in 2015 were also stated to be man-made. The Comptroller and Auditor General (CAG) had blamed the then All India Anna Dravida Kazhagam (AIADMK) government for the disaster. According to the Tamil Nadu government, 470 people had died between October and December due to floods.

Kerala floods: Chief minister Pinarayi Vijayan had said that as many as 42 have died and 217 houses were destroyed due to rains, landslides and flash floods between 12 and 20 October, 2021 in Kerala. Cyclone Tauktae: In May last year, cyclone Tauktae claimed 155 lives on the western coast, including Maharashtra, Goa, Kerala. It was the fiercest storm to hit the area in several decades.

Cyclone Yaas: Barely a week later Yaas, with winds the equivalent of a category two hurricane, killed at least nine people and forced the evacuation of more than 1.5 million in the east.

Cyclone Gulab: At least 11 people died in Maharashtra due to heavy rains in the state caused by Cyclone Gulab. As many as 10 people were killed in floods in the Marathwada region while one more was killed after a bus got swept away in Yavatmal district.