Home » News » education-career » How Did India Decide on its National Flag? When Was it Adopted? Learn Tricolour's History in Classes with News18
3-MIN READ

How Did India Decide on its National Flag? When Was it Adopted? Learn Tricolour's History in Classes with News18

In this week's classes with News18, we will take you through the history of the Indian national flag.

This year, India is commemorating Azadi Ka Amrit Mahotsav in honour of the nation’s 75th anniversary of declaring independence. To celebrate this year’s independence day, Prime Minister Narendra Modi even urged everyone to change their profile photographs on social media sites to the tricolour and host ‘Har Ghar Tiranga’, (Tricolour at every home), to commemorate this event.

The tricolour, or national flag, is extremely important when it comes to representing India.

However, not many of us know a lot about our national flag. In this week’s classes with News18, we will take you through the history of the Indian national flag.

Our national flag was first hosted even before our independence. Around 40 years before the nation’s independence, the first Indian flag was raised. Bhikaiji Patel-Cama, an Indian feminist and nationalist who was one of the very few women leading the Indian freedom movement at the start of the 20th century, carried it out.

The first version of the national flag

The first version of the Indian flag came in the year 1904 when Sister Nivedita, more fondly called as Bhagini Nivedita, a disciple of Swami Vivekananda designed a yellow and red flag with a ‘Vajra’ in the centre and ‘Vande Mataram’ written in Bengali in the centre. The first unofficial Indian flag was raised on August 7, 1906, in Kolkata’s Parsee Bagan (now Girish Park). This time, the flag had three horizontal bands of green, yellow, and red that were equally spaced apart. There were also eight white lotus flowers that were half-opened on the upper green strip. In the bottom red half, the crescent moon and the sun stood for Islam and Hinduism, respectively. The words “Vande Matram" were written on the yellow centre panel in the Devnagiri script.

Bal Gangadhar Tilak adopted a new flag in 1907 during the Home Rule Movement. This flag had red and green stripes. In the top left, the Union Jack was raised and seven stars were made. A moon star was also formed in the top right. In the following years, many more versions of national flags were adopted, but not many of these versions had consensus. However, Mahatma Gandhi proposed including a Chrakha, or spinning wheel, and a white stripe. Gandhi made the spinning wheel a famous representation of the fight for national independence. This flag served as the prototype for the modern tricolour later on.

In 1931, a historic change was made to the Indian national flag. The Tricolor of India was approved in a resolution passed in the meeting of the Congress Committee. In this tricolour, saffron colour was on the top, white in the middle and green at the bottom. There was a blue spinning wheel on a white stripe. 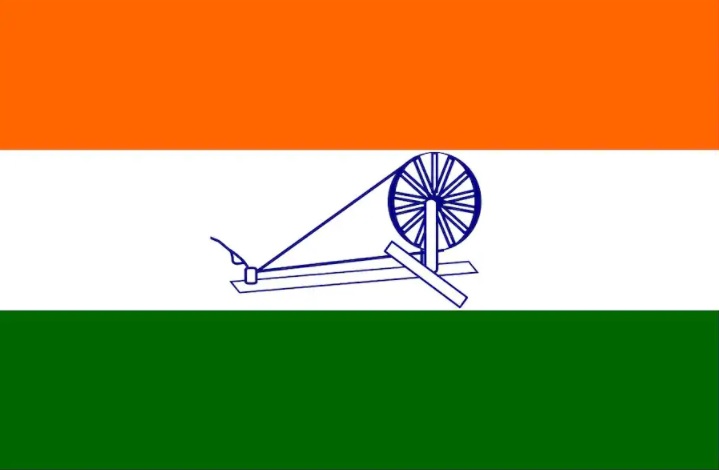 In 1947, the present tricolor’s last iteration was introduced. As the symbol on the flag’s centre white stripe, the charkha was changed to Ashoka’s Dharma chakra. It was approved by the Constituent Assembly and made the nation’s flag. Between 15 August 1947 and 26 January 1950, it served as both the Dominion of India’s and the Republic of India’s national flag.

Let’s Test What We Have Learned So Far -

To learn about other topics taught in school, explained by News18, here is a list of other Classes With News18: Queries Related to Chapters on Elections | Sex Versus Gender | Cryptocurrencies | Economy & Banks | How to Become President of India | Post Independence Struggle |

Ridhima Gupta, Senior Correspondent at News18.com, writes on education. She has completed post-graduation in new media from Asian College of Journalis...Read More