Punjab Board (PSEB) 12th Results, Punjab Board 2022 LIVE Updates: After deferring the results tomorrow, the Punjab School Education Board (PSEB), Mohali declared the Punjab Board class 12 results today, June 28. The pass percentage has dropped from last year, however, it is still one of the best results for PSEB in which 96.96% students have cleared the exam. Gender-wise, girls have performed better than boys. This year, 10 Read More

PSEB 12th Results: Link to Activate at 10 am Tomorrow

Punjab Board has conducted two board exams this year. The term 1 and term 2 written exams have been given 40% weightage each and 20% weightage has been given to internal assessments. The final result is declared after combining both terms. PSEB has become the first among educational boards which held two board exams this year to announce final results.

Minutes after declaring the results, the official website of Punjab Board – pseb.ac.in has crashed. Some students claim that the website is not loading while for others its too low.

The Punjab Board has declared the class 12 results today. Not only have the girls obtained a higher pass percentage but the top 3 ranks have been secured by girls. The top three rankers have obtained 497 marks out of 500 marks. All three rank holders have obtained the same marks, however, as per the tie-breaker formula, students have been given different ranks based on age.

Punjab Board declared one of the best results despite the pandemic. The pass percentage has dropped by a 1.51 percentage point when compared to last year. Overall, including all three streams, 96.96% of students have passed this year.

Punjab Board class 12 board exams results declared. These are the first written exams after two years. The last two years’ exams could not be held due to the pandemic. This year, as many as 3,01,725 students took exams of which 292520 pass.

The stage has been set and officials are awaited at the Punjab Board headquarters in Mohali. The result has been deferred before twice and now the officials are yet to show up at the result declaratio time. 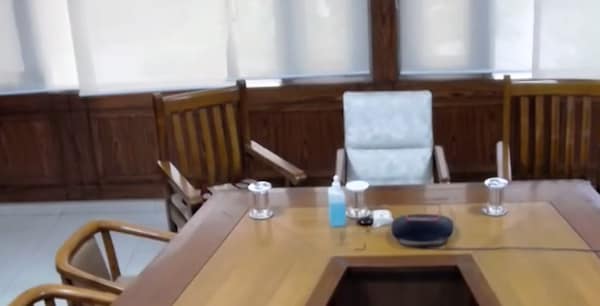 Punjab Board 12th results are being declared. The stage has been set and the press conference has begun. PSEB secretary will be announcing the results within a few minutes. Official time of declaration is 3:15 PM.

Punjab has dedicated about 9% of the state’s total budget for schools, about Rs 13,991 crore. This was the AAP government’s first budget for Punjab. Emphasis was given to education with several schemes including schools of eminence, and young entrepreneurs program among others being proposed by the government.

Within a few minutes, PSEB will announce the merit list as well. The merit list includes names of toppers with their marks will be released today. Last year, since exams could not be held, the results were declared on alternative assessment and the merit list was not issued.

When: Punjab Board will declare the results today, June 28. The results are being announced after being postponed twice. On June 27th as well, PSEB had at the last minute deferred the results claiming a technical error. Now, mark sheets can be downloaded after 3:15 PM.

Websites: Since its an online result, it is critical that students have the right resources. Students can check results at pseb.ac.in or examresult.nic.in.

Passing Marks: Only those students who obtain at least 33 per cent marks in every subject as well as overall will be considered to have passed the Punjab Board 12th results.

The opposition party has asked the Punjab Board to return the Rs 94 crore obtained from students for their 2021 exams which were later canceled. The Board had justified by saying that they had made all arrangements including publishing of question paper etc.

Punjab Board Seeks Rs 800 for Marksheets

Usually, print-out of the online results act as mark sheets and Boards release official mark sheets later, however, now Punjab Board has asked students to pay Rs 800 if they wish to obtain the hardcopy of their results / marksheet else can continue to use the print-out verson. The move has been widely citicized and Board later issued statement saying obtaining hardcopy is not mandatory.

After clearing class 12, students can apply at top colleges across India. Here is the list of top institutes in India based on NIRF 2021

Punjab Board has announced class 5 and class 8 results already. Now, class 10 results wee expected first, however, since several states have started admissions for state-based colleges, PSEB is announcing 12th results first to ensure no student is at a disadvantageous spot.

PSEB 12th Results 2022: What Happens if could not get passing marks

Punjab Board will release the result for all streams including science, commerce, arts, and vocational courses today, June 28. The Board had earlier said that it will release results on June 27, however, results were postponed at the last moment.

The Punjab Board 12th result was announced based on a new assessment fourmula where marks of class 10 and 11, as well as class 12 internals, were included to calculate the final score. The PSEB obtained its highest pass percentage of 96.48% in 2021.

PSEB 12th Result 2022: Will Humanities Continue to be Best Performer?

transgender students took exam of whom nine have cracked the board exams,

Students can now check their marks online at pseb.ac.in as well as at indiaresults.com. This year, Punjab Board conducted two board exams. The result of term 1 has been declared and term 2 will be announced today. PSEB will become the first among boards which held 2 term exams to announce results.

Punjab Board has not revealed the formula based on which the class 10 and class 12 results will be out. This is the first time that PSEB has held exams twice in a year. Even though the term 1 results are announced the pass percentage etc are not out for PSEB yet. The final result will have the pass percentage and other related stats out. The final formula on which the result will be created is not yet announced.

The pass percentage of the Punjab Board is likely to decline. Last year, board exams were not held and PSEB announced results based on last year’s marks and internal assessments. Based on alternative assessments, PSEB obtained the highest-ever pass percentage of 96.48%. This is expected to see a drop today as now the results are being announced based on not 1 but 2 exams. In 2021, as many as 92.77% of students, and in 2019 as many as 86.41% of students passed the exam.

PSEB 12th Results, Punjab Board 2022 LIVE Updates: From official websites to check scores to direct links to check marks, here is all you need to know about Punjab Board 12th results 2022. If you have any questions related to results or college admissions, or what us to look into an issue, write to us at @news18dotcom.