A feature that stood out about this polling booth, was that it was set up a height of 15,256 feet with less than zero temperatures. (Photo: News18)

With winter slowly turning bitter in Himachal Pradesh, poll officials faced the daunting task of reaching out to the farthest possible locations in the snow-clad regions of the state to ensure voters could take part in the assembly elections on Saturday.

However, poll officials came out with flying colours as they managed to set up world’s highest polling booth in the Tashigang village of Lahaul and Spiti, a place where the voting process seemed like a major democratic festival. Termed as the model election booth, the polling station saw its staff dressed up traditional attires.

Some specialties of the polling booth included self help groups and food stalls with traditional food set up by local officials. A feature that stood out about this polling booth, was that it was set up a height of 15,256 feet with less than zero temperatures. “At times people felt an oxygen drop, so we ensured that polling turns into some kind of festivity,’’ said polling official Abhishek Verma.

Despite weather anomalies, a 100 per cent polling was recorded with all the 52 registered voters casting their vote. The voters were enthusiastic to exercise their right to vote. They turned up in traditional attires to cast their vote. 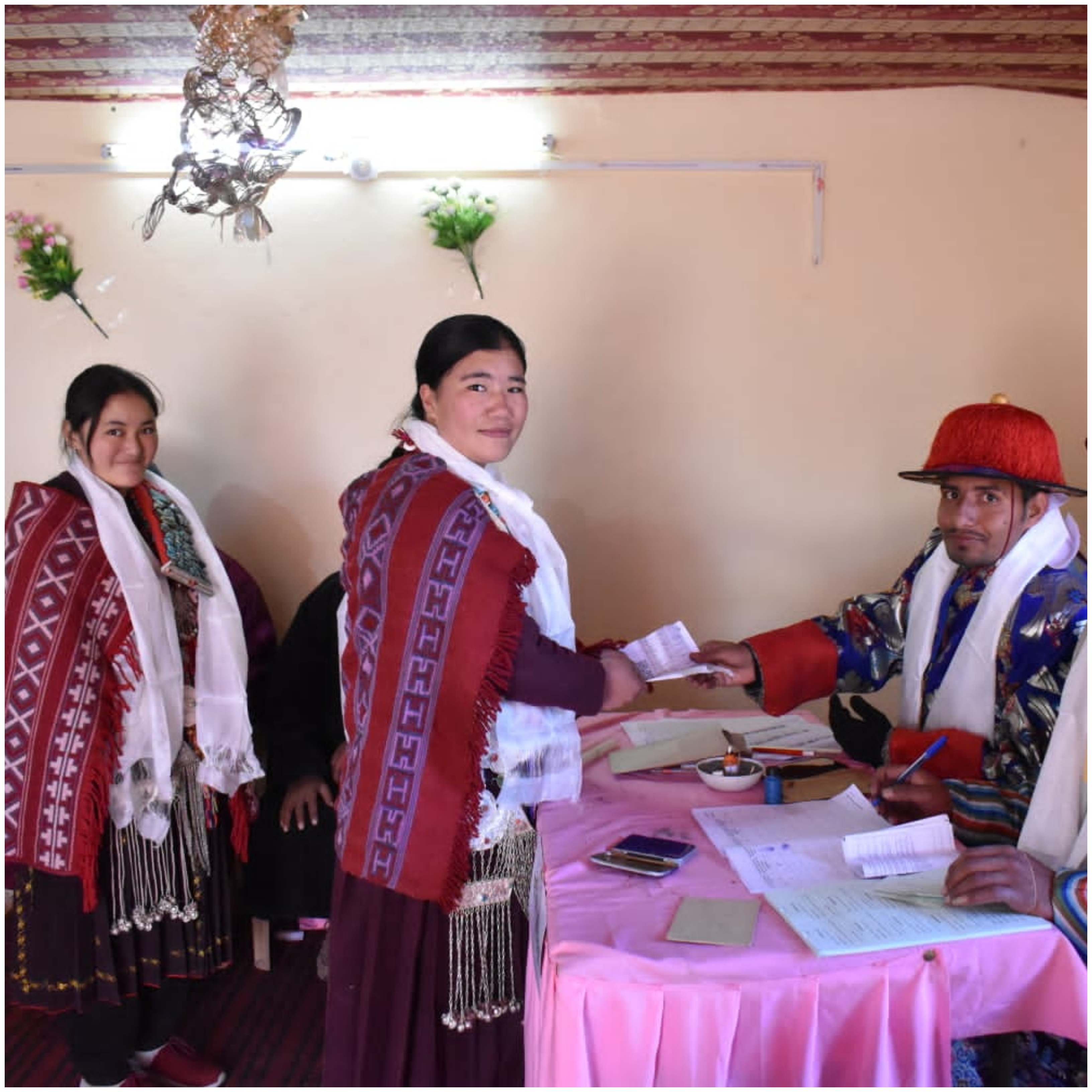 The voters were enthusiastic to exercise their right to vote. They turned up in traditional attires to cast their vote (Source: News18)

“I am a first time voter and exercising my right to franchise was an exciting thing for me,’’ said Tenzing Nordan. She had returned to her village from Shimla where she is studying.

Same sentiments were echoed by Tenzin Yogan, a voter who travelled back from Dharamsala to Tashigang village last week to cast his vote. “Though the travel is arduous, I ensured that I reach the village to cast my vote and I am glad that I did vote at the world’s highest polling booth,’’ he said.

Given that the area witnesses oxygen drop, special health centres were set up outside the booth. Also, arrangements of temporary crèche were created for voters travelling from far off villages.

About the Author
Swati Bhan
Swati Bhan, Contributing Editor, News 18, has a journalistic career spanning over two decades. She has previously worked with The Indian Express, The ...Read More
Tags:
Read More