Pankaj Chauhan, also called ‘Guru ji’ of the apple industry, is hoping for the return of the Congress. (News18) 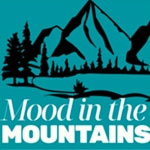 It promises to be the most exciting electoral battle in the hills in recent times. With multiple rallies by PM Narendra Modi, the BJP has hit the ground running. Arvind Kejriwal’s AAP started off strong but has of late diverted much of its focus to Gujarat. The Congress campaign rests on the shoulders of Priyanka Gandhi Vadra but is yet to pick up pace. News18 tours the state to gauge public sentiment and political strategies ahead of Himachal Pradesh elections 2022.

While Himachal Pradesh Chief Minister Jairam Thakur believes the government has addressed the issue of apple growers over goods and services tax (GST) increase and payment of pending market intervention schemes amount, the mood in the industry is somber.

Many believe the Bharatiya Janata Party (BJP) government has neglected them and killed their profits by taking away subsidies on fungicides and other things and increasing GST on items essential for the industry.

The apple growers are discontented and this may impact the Bharatiya Janata Party’s (BJP) electoral prospects in areas where the industry is huge.

A case in point, Pankaj Negi, also called ‘Guru ji’ of the apple industry, who started apple-growing 25 years ago. While he has voted for both the Congress and BJP in the past, depending on the candidate, he is now hoping for the Congress to return and re-start their subsidy.

“The problem is the government is interfering too much and apple-growing is no longer a flourishing industry. The input cost has escalated and income is low. We used to get subsidies on fungicides and medicines, which has been stopped by the Thakur government. This has doubled their rates. We were so happy when he became the CM as Thakur, too, has an orchard and comes from the apple belt. But we were ignored. We are under too much stress of GST, which has increased in the past two to three years,” said Negi, showing his apple orchards in Kotkhai assembly.

There was 5% GST on packing trays and cartons, which has gone up to 18%. “We use gobar as organic input, which is also promoted by the government, but there is GST on that too. The rate has gone up to 18%,” he said.

But can it impact voting preferences in a state that sees incumbent governments being voted out?

Any orchardist from districts in Kinnaur, Lahaul Spiti, Shimla, parts of Mandi district, Kullu and parts of Sirmaur will be directly impacted by the government’s decisions on the apple industry, he said. An orchard in Kotkhai. (News18)

Many blame horticulture minister Mahendra Singh for the issues. “Unfortunately, there is a divide in Himachal between apple growers and non-apple growers. However, the discontent among the industry will damage the BJP,” said Prakash Thakur.

There are a few who remain inclined towards the BJP. “If you ask me as a BJP worker, I would not criticise, but as an apple-grower, I am angry. The input cost is killing us. Earlier, the government used to buy the fungicides and insecticides and we used to get them at subsidised rates. It has now been stopped. The rate in open market is high and there is no quality check as well,” said one of the apple-growers.

ALSO READ | No CM Face; in Himachal, Congress Taking Matters into Its Own ‘Hand’: Sukhvinder Sukhu to News18 | Exclusive

Another apple industrialist added to the list of complaints. “The roads are bad and it impacts our supply. There is no facility for proper cold storage, which was promised to us. While the BJP has cleared the dues, it is not very helpful,” said the orchardist.

A SPLINTER IN BJP’S VIJAY RATH?

Many feel their issues are being ignored over government jobs, inflation and old pension schemes. “The wound is fresh, which is why our issues are relevant, but by the time we go to polls, we don’t how much it will matter. We may make up our minds at the last minute depending on the candidate,” said one of the apple-growers, on condition of anonymity.

Another one, who works with the BJP, believes that it will depend on whether the Congress makes it an issue. “Let us see if the issue gains momentum and whether the BJP makes an effort to reach out to us.”

About the Author
Pragya Kaushika
Pragya Kaushika, Associate Editor at News18, reports on the BJP and RSS. She has covered politics and policy, government and Parliament for nearly 16 ...Read More
Tags:
Read More