EXPLAINED: As Parliament Takes Up Bill To Repeal 3 Farm Laws, Here's The Process For Axing An Act

Removing a law from the books, as it turns out, requires going through much the same process as has been laid down for enacting it 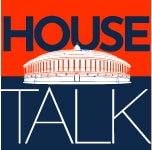 The Farm Laws Repeal Bill, 2021, has been listed as part of the official business for the first day of the winter session with reports saying it will be moved in the Rajya Sabha on November 29 itself after its passage in the Lower House. The constitutional process for voiding a piece of legislation, it turns out, is much the same as that for enacting one. Here’s what you need to know.

How Is A Law Repealed?

Experts say just like it may be brought in by the government of the day by way of an ordinance, or through the introduction and passage of a Bill in the legislature, a law can be repealed either via an ordinance or the legislative route. A repealing Act, too, would need to be finally cleared by the President, just as she or he needs to give their assent to any law enacted by Parliament.

A ‘Reference Note’ prepared by the Lok Sabha Secretariat in 2016 said that “repeal means to revoke, abrogate or cancel particularly a statute" and that “any statute may repeal any Act in whole or in part, either expressly or impliedly by enacting matter contrary to and inconsistent with the prior legislation". It points out how statutes frequently state that certain prior statutory provisions are thereby repealed.

What Route Is The Centre Taking To Repeal The 3 Farm Laws?

“For repeal, the power of Parliament is the same as enacting a law under the Constitution," said former Union Law Secretary PK Malhotra while former Lok Sabha Secretary General PDT pointed out that “there is no other way" to repeal a law. Acharya said that the government can repeal the three laws through a single repealing bill.

While PM Modi said that the “constitutional process to repeal the three farm laws" would be completed in the upcoming winter session of Parliament, even if the Centre were to bring in an ordinance to cancel the three farm laws — the Centre had also taken the ordinance route to introduce the laws initially — such an ordinance would have to be replaced within six months by a parliamentary enactment striking down the said laws.

The three farm laws were passed by Parliament in September last year after they had been introduced as ordinances in June by the Centre.

While the three farm laws were put on hold by the Supreme Court in January this year, experts say that a stay on their implementation does not take away from the fact that they had received the presidential assent — a requirement in the enactment of laws — and, hence, would need to be repealed per the appropriate constitutional process, that is, by the Parliament alone.

“When a repeal Bill is passed, it is also a law," Malhotra said, while Acharya opined that the Centre can mention the reasons why it intends to repeal the three laws in the statement of objects and reason accompanying the repealing Bill.

Can An Act Repealing A Law Be Itself Repealed?

The LS Secretariat said in its note that even if such a thing is done, it won’t amount to restoring the original law. “When a repealing provision is itself repealed, this does not revive any provision previously repealed by it, unless intent to revive is apparent," it said, noting although that “it may allow common law principles again to apply".

Thus, repealing Acts “have no legislative effect, but are designed for editorial revision" as they are normally “intended only to excise dead matter from the statute book and to reduce its volume".

The LS Secretariat also pointed out that existing laws lay down that, “‘repeal’ connotes abrogation or obliteration of one statute by another, from the statute book as completely ‘as if it had never been passed'".

“When an Act is repealed ‘it must be considered (except as to transactions past and closed) as if it had never existed’," it said.

How Many Laws Have Been Repealed/Nullified By Centre?

Replying to a question in Parliament earlier this year, the Union Law Ministry said that the “repealing of obsolete legislations is an important commitment of the government for achieving the larger objective of ‘Minimum Government, Maximum Governance'".

redundant laws" had been repealed since 2014, when PM Modi entered office for the first time. The ministry said that repealing such laws helps reduce litigation “by bringing greater clarity about legal provisions" and that a two-member committee set up in 2014 to identify laws for repeal had “examined and identified 1,824 obsolete Acts (including 229 State Acts) for repeal".

Amid the announcement by PM Modi that the three farm laws would be rolled back, reports said that his government had to adopt a similar course in 2015 during his first term in power, when amendments introduced via the ordinance route to the land acquisition law had to be dropped in the face of protests by farmers and ahead of state elections in Bihar, conditions that largely mirror the situation now with protests against the three laws having lasted for more than a year and elections due early next year, including in UP and Punjab.