Home » News » Explainers » With 1st Phase Today, Which Party Will Gujarat Lead to Victory? A Look at Trends
7-MIN READ

With 1st Phase Today, Which Party Will Gujarat Lead to Victory? A Look at Trends

Explained: A total of 788 candidates are in the fray for 89 seats across 19 districts of south Gujarat and Kutch-Saurashtra regions

Campaigning for the first phase of the Gujarat assembly elections, which will be held on December 1, ended at 5 pm on Tuesday. A total of 788 candidates are in the fray for 89 seats across 19 districts of south Gujarat and Kutch-Saurashtra regions, where voting will be held on Thursday.

The state, which has traditionally witnessed a bipolar contest between the ruling BJP and Congress, has a third player this time in the form of Arvind Kejriwal’s Aam Aadmi Party (AAP) which has fielded candidates on 181 out of total of 182 seats in the assembly. BJP released a four-page ‘Aarop Patra’ in which the party highlighted various issues, including the law and order (Representative Image: PTI)

With the AAP positioning itself as the main contender against the BJP, its national convener and Delhi CM Kejriwal led a massive campaign covering the entire state in five months since July.

Candidates in the fray

In the first phase, 89 candidates each of the BJP and Congress, and 88 of the AAP are in the fray. AAP candidate for Surat East withdrew his nomination on the last day.

‘Unhappy’, but BJP it is for many voters in Gujarat

According to a ground report by PTI in Gujarat, many voters have grievances but will still look the BJP way. Tulsidas Lakhani from Porbandar has many grievances and a long wish list of tasks the government must accomplish. Almost 400 km away in Gujarat’s principal town Ahmedabad, Vinod Gopal echoes his frustration.

In a state where the BJP remains the dominant force and enjoys unqualified support from a big chunk of people, Lakhani and Gopal may sound like voters looking for change. But they are not.

“There must be a strong government. Which other party could have revoked Article 370 or built a Ram temple in Ayodhya? We vote for the party and not any candidate. There is no alternative to Modi or the BJP," Lakhani, who is in his 80s, told PTI. The lack of economic growth in the coastal town of Porbandar is problematic, he said. The Maharana Mill, which gave employment to many is closed, an old soda ash factory that boosted business in the local market is no longer generous with bonus, and study and employment opportunities are limited for children.

However, Lakhani lauded the BJP for strong law and order in the town once marked by crime.

In Ahmedabad, Gopal, an auto parts dealer, said business remains manda and price rise pinches. Prime Minister Modi, who is synonymous with his party across his home state, is a good seth (master), he said. “Supervisors working under him may or may not be good. But you don’t leave the seth because of supervisors," he stated.

The two voters belong to a segment of the electorate which may be unhappy with the BJP’s government in the state for a variety of issues but will still vote for the party as they believe it remains their best bet.

The opposition appears to be missing in a big swathe of the state’s urban region cutting across cities like Rajkot, Ahmedabad, Surat, Porbandar and Vadodara. According to poll watchers, the Congress remains a shrinking force in these areas while the AAP has been able to make an impression, especially in Surat and its neighbourhood, but still has a long way to go.

Issues of price rice, complaints about the rising cost of edible oil and cooking gas cylinders are brought up in virtually every conversation. Unemployment crops up often with many voters of the view that the government is not doing enough in the education and health sectors.

However, many of them, like Gopal and Lakhani, continue to repose faith in the BJP, which has been in power uninterrupted since 1998. The ideological and cultural agenda of the party is a big plus cited by them. With opposition votes looking fragmented, the BJP has gone all out to consolidate its supporters. Modi and Shah have been holding public meetings across the state. Shah has also been camping in the state to fine-tune the party’s campaign and public outreach.

He has repeatedly expressed confidence that his party will break all records while Modi has exhorted voters to better the best-ever best tally of 127 seats it had won in 2002 when he was CM. Both the Congress and AAP have also claimed they will get a majority in the 182-member assembly.

The central Gujarat region, having 61 or nearly one-third of the total 182 assembly seats in the state, provides a contrasting mix of tribal and highly urbanised areas across eight districts where the ruling BJP gained a distinctive lead over the Congress in the 2017 elections. 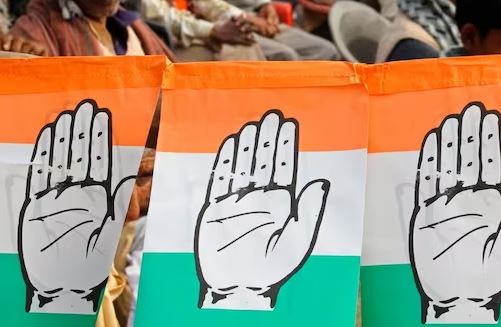 Political analysts say the Congress appears on the backfoot this time after one of its senior tribal leaders from the region joined the BJP, which has a stronghold in urban areas where civic bodies, leaders and the network required to win the election are firmly with the saffron party.

In the 2017 elections, the BJP won 37 seats and the Congress 22, while two seats went to independents in the central Gujarat region, where 10 seats are reserved for candidates belonging to the Scheduled Tribes (ST) and three for Scheduled Castes (SC). The BJP’s tally was propelled by its strong support in the urban areas of Ahmedabad and Vadodara, which remain its stronghold as well as parts of Kheda, Anand and the ST-dominated Panchmahal district, among others.

Out of the eight districts — Dahod, Panchmahal, Vadodara, Kheda, Mahisagar, Anand, Ahmedabad and Chota Udepur — that comprise the region, the Congress was hardly visible in four of them. In 2017, the BJP won in three out of four seats in Dahod district, four out of five in Panchmahal, eight out of 10 in Vadodara, three out of seven in Kheda, one out of two in Mahisagar, two out of seven in Anand, one out of three in Chhota Udepur, and 15 out of 21 in Ahmedabad.

The performance of the opposition party in the ST-reserved seats was not too encouraging. It won five out of 10 such seats. Four other seats went to the BJP and one to an independent, which was later clinched by the BJP after its victory in a by-election necessitated by the death of the sitting MLA.

Political analyst Ravindra Trivedi said the Congress lacks a strong tribal face and, hence, appears on the backfoot in these tribal regions. “Its KHAM (Kshatriya, Harijan, Adivasi and Muslim) theory of the past lies scattered today, and the lack of a strong face is also driving the voters towards the BJP," he claimed.

When compared to the 2012 results, the central Gujarat region did not witness much change in the party-wise seat composition in 2017. Due to the absence of Patidars, the region remained largely impervious to the ‘anti-BJP wave’ created by the community’s quota agitation led by Hardik Patel.

Patel is now a BJP candidate from Viramgam seat, which falls within the region. “Patidar is not a factor in the region because the community is largely absent there. The presence of the Scheduled Tribes community is significant, not only on the 10 reserved seats, but on some unreserved seats as well," Trivedi said.

The urban factor also plays out strongly in favour of the BJP. Two highly urbanised districts of Ahmedabad and Vadodara as well as parts of Kheda, Anand and Panchmahal districts give a push the party needs to outnumber the Congress in the central Gujarat region. “The urban areas are the BJP’s stronghold and will continue to remain so. The municipal corporations, leaders, network and candidates needed to win the election are all firmly with the BJP," Trivedi said.

He claimed the BJP looks poised to register a much better performance in the region compared to the last two elections. This is mainly as voters in certain seats held by the Congress look for a change of side so as to allow the party in power to bring in the development seen on seats held by it, he added.

“Most of the seats are attached to Ahmedabad and Vadodara. In Ahmedabad, there are three seats having electorate from the minority community. It is said the party that performs well in central Gujarat wins the whole Gujarat," he told PTI.