How Watertight is the Police Case Against Aaftab? Tracing Shraddha's Murder Probe So Far | Explained

Explained: Details of the gruesome case have captured the nation's horror and attention. A look at how far along the police probe against Aaftab Poonawala is

The gruesome murder of Shraddha Walkar allegedly by her live-in partner Aaftab Amin Poonawalla has captured the horror and attention of the public as gruesome details of the case have emerged over the past weeks.

According to reports citing police investigations, Poonawalla had chopped up Walkar’s corpse into numerous pieces and continued to dispose of them in forested areas near where he lived. On Monday, the remaining sessions of the polygraph test on Poonawala got underway at the Forensic Science Laboratory (FSL) in Rohini on Monday, officials told PTI. Poonawala reached FSL at 9.50 am and the sessions began at around 11 am, they said.

“When the last session was held, there was a health issue due to which some sessions were not satisfactory. Our lab and preparation for the narco test is complete," Head of the Department of Crime Scene Management at FSL, Rohini, Sanjeev Gupta, told PTI. “Whether Aftab is cooperating during the test or not, we will tell the investigating agency as this is a confidential matter," he said.

Poonawala has already undergone three sessions of the test, also known as lie-detector test, the last being held for about three hours on Friday. Tihar jail PRO Dheeraj Mathur said Poonawala is in Tihar jail number 4. When he came, his health check-up was done and there were no issues, he said.

He has been kept in a separate cell and is under 24-hour CCTV monitoring.

What Happened in the Case

Poonawala allegedly strangled Walkar (27), and sawed her body into 35 pieces, which he kept in a 300-litre fridge for almost three weeks at his Mehrauli residence in South Delhi, before dumping them across the city over several days.

Police claim Poonawala murdered 27-year-old Walkar in May. Poonawala has not made any public statements, but he told a court on Tuesday that “the information being spread against me is not correct" and that he was “fully cooperating with the police investigation." 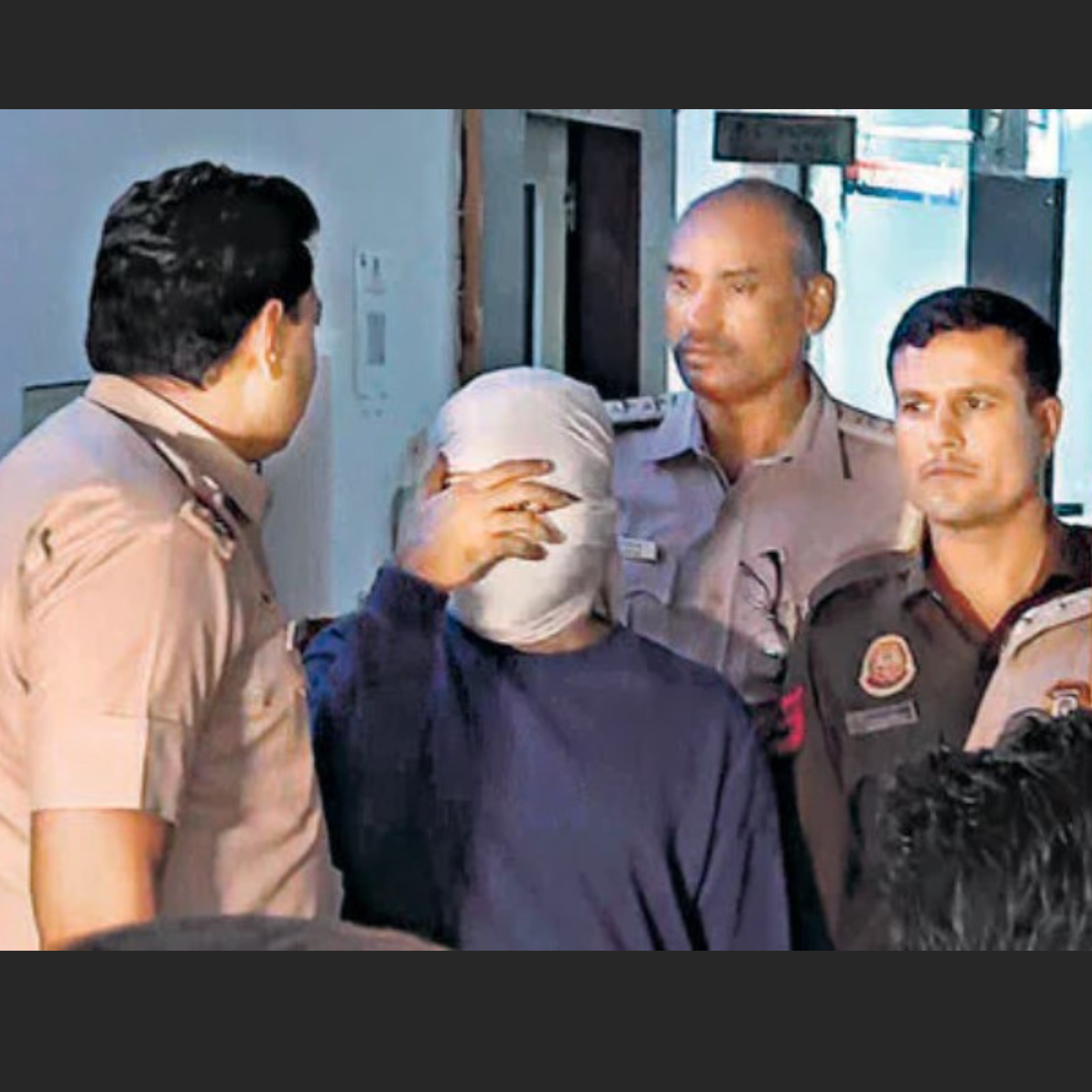 Walkar’s death was only discovered this month, after her father reported her missing.

Despite the fact that Walkar and Poonawala lived in the same Mumbai neighbourhood, police say they met on the dating app Bumble. Her father claims they met in 2018 at a call centre where they both worked in a missing complaint filed with Mumbai police in early October, a BBC report stated.

Her father claimed in his police report that he tried to talk her out of moving in with Poonawala because “we are Hindus and Aftab is Muslim, and we don’t marry outside of our caste or religion." However, the couple began living together in 2019 and moved to Delhi earlier this year, where they rented an apartment in the Chhatarpur Pahadi neighbourhood.

According to the couple’s friends and the police, the two fought frequently and Poonawala abused her. Ankit Chauhan, a senior police official, told ANI that Shraddha began pressuring Poonawala to marry her, and that “on 18 May, he lost his temper and strangled her." Walkar’s father contacted Mumbai police after her friends informed him that she had not been heard from in a few months and that her phone had been turned off.

On Wednesday, Delhi police said Walkar wrote a handwritten note in 2020 in which she complained to Mumbai police that he had beaten her up and “was threatening to kill her and cut her up into pieces" - exactly what police allege happened two years later.

In response to criticism, Mumbai police said the case had been investigated, but “it was closed after she gave a written statement that it had been resolved and there was no dispute."

How Far Along is the Case

When asked by a court on Tuesday if he knew what he had done, Poonawala replied that “whatever happened happened in the heat of the moment and was not deliberate."

News18 had earlier explained the difference between culpable homicide and murder, as Poonawala’s defence is lies towards a ‘in the heat of passion’ crime. Read more details here.

Some took his statement as a confession, but his lawyer, Abinash Kumar, denied that Poonawala had confessed to murder and stated that he was “fully cooperating with the investigation."

Soon after his arrest, police had claimed that Poonawala confessed to his crime and provided them with some leads for evidence. They searched his apartment and took him to a nearby forest, where they claimed he “disposed of body parts."

Police say they have recovered some bones and body parts, which have been sent for forensic analysis and will be compared to DNA samples from Ms Walkar’s father to determine if they are indeed hers.

Police have also been combing bushes in Gurgaon, a Delhi suburb, with metal detectors for knives allegedly used to hack the body, and after divers fished out some bones from a pond in Delhi’s Maidan Garhi area, it was emptied to find more evidence.

On Thursday, the accused underwent a polygraph test and is expected to be subjected to a narco-analysis test, in which a drug known as “truth serum" is injected into the person prior to questioning.

Despite the fact that the tests are not admissible in court, a judge ordered them after police claimed that Poonawala was misleading them with contradictory statements.

On Tuesday last week, police told a court that 80% of their investigation was complete, but reports indicate that they are still looking for key evidence to help them build a strong case.

Walkar’s belongings have not been recovered from the apartment where the couple lived, and some of the evidence may have been compromised because the alleged murder occurred months ago, the BBC said in its report.

Police believe a “heavy, sharp weapon" such as a hack saw or a butcher’s knife was used to dismember the body, but they have yet to find it.

It is also unclear whether the bones recovered are truly those of the victim, and some reports suggest that their quality may be compromised because the remains were discovered months after the alleged murder.

The Delhi police have been chastised for having little concrete evidence and basing their case entirely on circumstantial evidence that would not stand up in court.

Retired police officer Vikram Singh told the BBC he believes there is “ample evidence and a skilled investigator will be able to obtain a conviction."

“It can take time to recover a weapon used in a crime, but if you have a drop of blood, spit, or a shred of meat, you can make a watertight case," he said.

Furthermore, he claims that there is “enough circumstantial evidence" against Poonawala: “they were living together, there are accounts of neighbours, and CCTV footage that shows Shraddha regularly coming in and out of the house, so he has few escape routes available."

Mr Kumar, Poonawala’s lawyer, told a Hindi newspaper that he understood the case was “challenging."