The Moon, appearing next to a statue on the Alexander III bridge, in a dim red colour, is covered by the Earth's shadow during a total lunar eclipse over Paris, France September 28, 2015. (Image: Reuters/FILE)

Lunar eclipses have captivated cultures all over the world, inspiring numerous myths and legends, many of which depict the event as an omen. News18 explores some of them

The world will witness a thrilling and chilling ‘Blood Moon’ lunar eclipse on the evening of November 8, as the Earth’s shadow envelopes its sole satellite for nearly one-and-a-half hours.

The lunar eclipse will be visible in totality in the northeastern states 14 days (two Tuesdays) after the partial solar eclipse on October 25, but will only be partially visible in the rest of India in the evening as the sun sets, according to Prof. Bharat Adur, Director, Akash Ganga Centre for Astronomy (AGCA).

Households in India are preparing for the lunar eclipse their own ways, as such events hold great cultural and religious significance. From eating to praying and more, Hindu rituals, especially are strict on how to conduct oneself during the lunar eclipse. 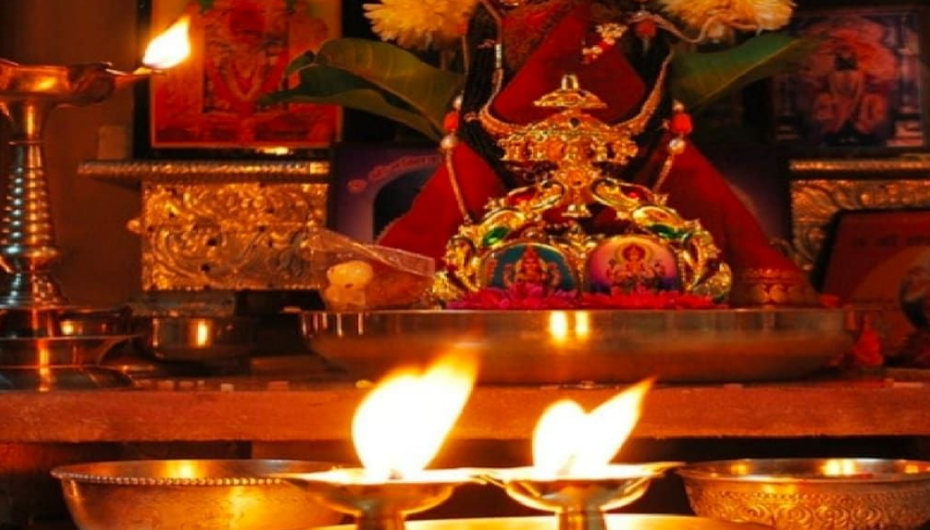 From eating to praying and more, Hindu rituals, especially are strict on how to conduct oneself during the lunar eclipse (Image: News18 Lokmat)

But India is not alone in this exercise.

While astronomy experts often hold their problem with the term ‘blood moon’, cultural experts know that it signifies the deeper meaning the event holds for various societies.

Lunar eclipses have captivated cultures all over the world, inspiring numerous myths and legends, many of which depict the event as an omen. This is not surprising, because anything that disrupts the regular rhythms of the sun or moon has a significant impact on us and our lives, writes Daniel Brown, Lecturer in Astronomy, Nottingham Trent University for the Conversation. Exploring some of these beliefs:

The “blood moon" was associated with evil in many ancient civilizations. The deep red coloration was interpreted by the Incas as a jaguar attacking and devouring the moon.

They feared that the jaguar would then turn its attention to Earth, so they would shout, shake their spears, and make their dogs bark and howl in the hopes of scaring the jaguar away. A general view of the Inca citadel of Machu Picchu is seen in Cusco. REUTERS/Enrique Castro-Mendivil

A lunar eclipse was regarded as a direct attack on the king in ancient Mesopotamia. Given their ability to predict an eclipse with reasonable accuracy, they would install a proxy king for the duration of the eclipse.

Someone considered expendable (it was not a popular job) would pose as the monarch, while the true king would go into hiding and await the eclipse’s end. The proxy king would then conveniently vanish, and the old king would be restored, the report explained. A local woman holding a child walks past by beehive houses in Harran, a major ancient city of Upper Mesopotamia, Turkey. REUTERS/Murad Sezer

Rahu Consumes the Potion of Immortality in Hinduism

Some Hindu folktales attribute lunar eclipses to Rahu consuming the elixir of immortality. The sun and moon promptly decapitate Rahu, but because he drank the elixir, Rahu’s head remains immortal. Rahu’s head pursues the sun and moon, intending to devour them. If he catches them, there will be an eclipse - Rahu swallows the moon, which will then reappear from his severed neck. Rahu is one of the nine major astronomical bodies (navagraha) in Indian texts. Unlike the other eight, Rahu is a shadow entity, one that causes eclipses and is the king of meteors. Shutterstock

A lunar eclipse brings bad luck to many people in India, Hindus believe. Food and water are protected, and cleansing rituals are carried out. To protect their unborn child, pregnant women refrain from eating or performing household tasks.

However, not all eclipse myths are plagued by such malice, the report explains. The Hupa and Luiseo tribes of California believed that the moon was injured or ill. Following the eclipse, the moon would require healing, either from the moon’s wives or from tribesmen. For example, the Luiseo would sing and chant healing songs to the darkened moon.

The legend of the Batammaliba people of Togo and Benin in Africa is far more upbeat. Traditionally, they regard a lunar eclipse as a conflict between the sun and the moon, which the people must encourage to be resolved. It is thus time to put old feuds to rest, a practise that has persisted to this day.

How Did the Term Blood Moon Get Popularised?

Brown explains that the term “blood moon" became popular in 2013 following the publication of Christian minister John Hagee’s book Four Blood Moons. He promotes the “blood moon prophecy," an apocalyptic belief based on a lunar sequence of four total eclipses that occurred in 2014/15. Hagee points out that all four fell on Jewish holidays, which has only happened three times before, and each time was apparently marred by tragedy.

Mike Moore (General Secretary of Christian Witness to Israel) dismissed the prophecy in 2014, but the term is still widely used in the media and has become a concerning synonym for a lunar eclipse. Given the enduring superstitions, it is extremely difficult for science communicators to remind everyone that the so-called “blood moon" is nothing to be concerned about. It’s impressive, and it’s the longest in a century, but it’s just an eclipse, he says.