Mangaluru blast: A cooker fitted with detonator, wires and batteries were used to trigger the explosion. News18's dive into IEDs

The explosion in a moving autorickshaw in Mangaluru was termed an ‘act of terror‘ by Karnataka Director General of Police, Praveen Sood on Sunday.

The blast occurred on Saturday evening inside an autorickshaw, near a police station, leaving the passenger and the driver injured. Both have been admitted to the hospital.

It later emerged that a cooker fitted with detonator, wires and batteries were used to trigger the blast. News18 explains what pressure cooker bombs are, with a deep dive into IEDs:

The 21st century has seen a number of attacks that utilised pressure cooker bombs. The 2006 Mumbai train bombs, the 2010 Stockholm bombings (which did not detonate), the 2010 Times Square vehicle bombing attempt, the 2013 Boston Marathon bombing, and the 2017 Manchester Arena bombing are just a few examples.

Making pressure cooker explosives is not very difficult for miscreants, according to reports, as the majority of the necessary materials are readily available. Simple electronic gadgets like a digital watch, garage door opener, cell phone, pager, kitchen timer, or alarm clock can be used to detonate the bomb. The size of the pressure cooker, the quantity, and the kind of explosives employed all affect how powerful the explosion will be.

An IED is a “homemade" bomb or device that is used to “destroy, incapacitate, harass, or distract," according to the US Department of Homeland Security (DHS). The DHS states that suicide bombers, terrorists, and insurgents frequently utilise such explosives, and the United Nations Office for Disarmament Affairs (UNODA) observes that “IED manufacture takes place outside government oversight."

Although the term “improvised" may imply a crude weapon, the DHS states that IEDs can range in size from a simple pipe bomb to a sophisticated device that can inflict significant harm and casualties. Mangaluru: A cooker fitted with detonator, wires and batteries found during the investigation after an explosion in an auto-rickshaw in Mangaluru. (PTI Photo)

IEDs are among the oldest weapons in use today, according to UNODA, a previous News18 report states. The NACIN has said the term “IED" was first used by the British army in the 1970s to describe bombs constructed by the Irish Republican Army (IRA) “from agricultural fertiliser and SEMTEX smuggled from Libya," while DHS argues that the term “IED" first became widely used during the 2003-2011 Iraq War.

IED attacks “kill and damage more people each year than do attacks with any other sort of weapon except firearms," according to UNODA, and their widespread use “is an evident trend."

A vehicle-borne IED, also known as a VBIED or truck-borne IED in the military, can be any sort of vehicle, including a bicycle, motorcycle, donkey, etc. They frequently carry a big payload and can be set off remotely.

VBIEDs have the ability to produce more shrapnel by destroying the vehicle itself and by using the fuel to start an incendiary weapon. An SVBIED suicide is the act of setting off this vehicle while inside of it.

Elements of an IED

According to Homeland Security, IEDs are made up of a multitude of parts, such as an initiator, switch, main charge, a container, and a power source. IEDs may have extra components or “enhancements" like nails, glass, or metal shavings in order to increase the amount of shrapnel that is ejected after the explosion.

Other components, such potentially dangerous substances, may also be added to improvements. Depending on the objective, an IED can be started in a number of ways. 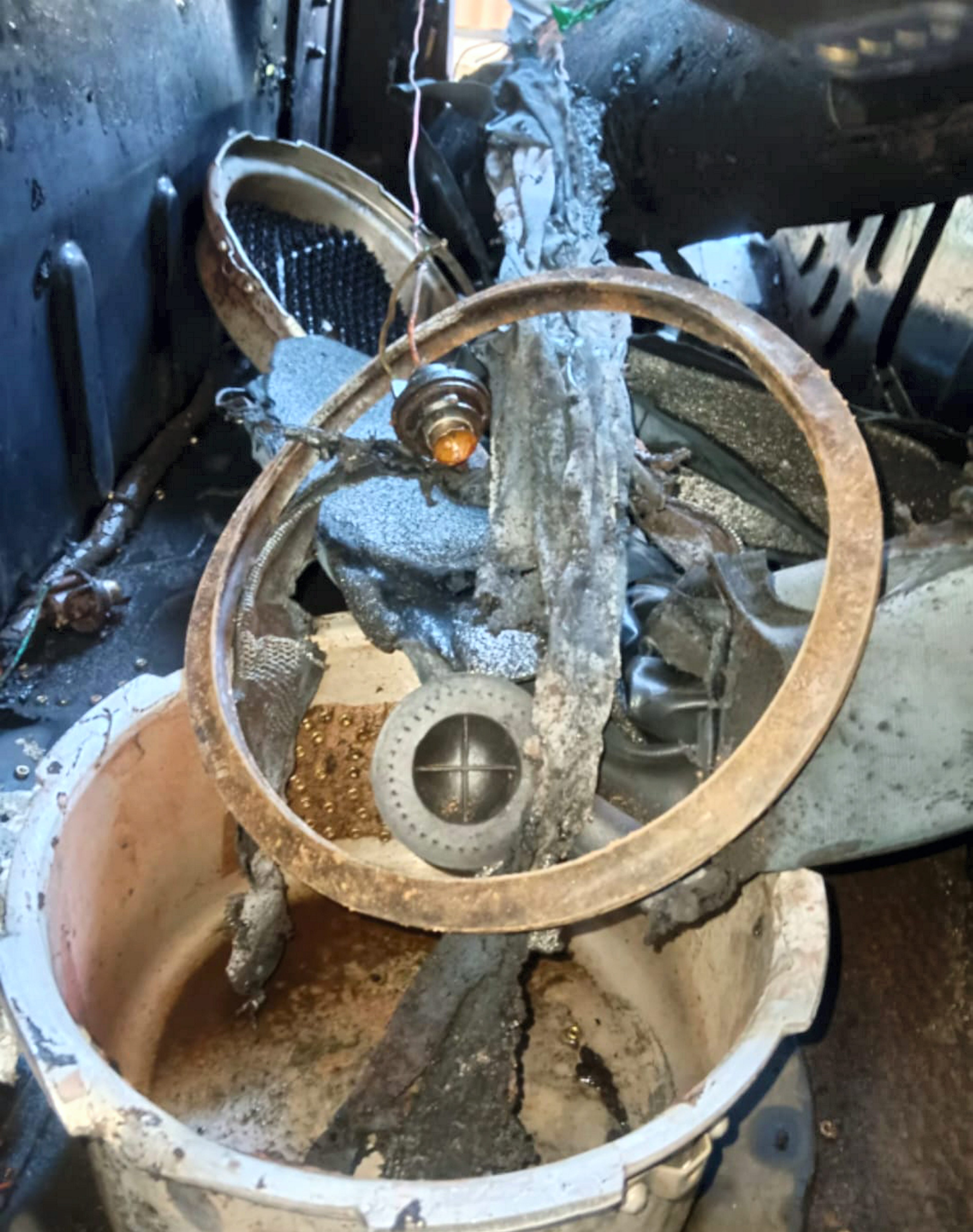 Mangaluru: A cooker fitted with detonator, wires and batteries found during the investigation after an explosion in an auto-rickshaw in Mangaluru, Sunday, Nov. 20, 2022. (PTI)

A wide variety of readily accessible materials, including fertiliser, gunpowder, and hydrogen peroxide, can be used as explosives in IEDs. A fuel and an oxidizer, which supplies the oxygen required to maintain the reaction, are required components of explosives. An example is ANFO, a mixture of fuel oil and ammonium nitrate, which serves as an oxidizer (the fuel source).

The U.S. Department of Homeland Security limited the amount of liquids that passengers can carry on commercial aeroplanes in 2006 because to concerns about the use of explosives made from liquid components that can be transferred in a stable condition and blended at the location of an attack.

News18 had earlier reported that from execution to planning, the Karnataka police probing Saturday’s Mangaluru cooker blast in an autorickshaw found several similarities to the October 23 Coimbatore cylinder blast.

Police sources told News18 that they have recovered important evidence at the site that points towards the possibility of a similar or the same terror group being involved in both Coimbatore and Mangaluru blasts. “The explosive material found at the site and the use of a moving vehicle for the projectiles or shrapnels to spread to a larger area and cause more damage are uncanny similarities to the recent Coimbatore attack. Our detailed investigation will reveal more,” a senior police officer who did not want to be named told News18. Read more