UEFA Euro 2020 Highlights, Croatia vs Scotland and Czech Republic vs England: It is the final matchday of Group D as Raheem Sterling gave England the lead in the 12th minute against Czech Republic at Wembley Stadium in London. In the other game, Nikola Vlasic, Luka Modric and Ivan Perisic scored for Croatia as Callum McGregor equalised for Scotland at Hampden Park in Glasgow.

England topped the group with seven points as Croatia finished second ahead of Czech Republic, who both have four points, with a superior goal difference as Scotlandfinishedlast with one point.

87' - Not a Goal! Jordan Henderson puts the ball in the back of the net but he is in an off side position and the goal does not count.

84' - Harry Kane has a had few chances so far but has not been able to get his first goal in the competiton yet... 77' - GOAL! Ivan Perisic scored the third for Croatia against  Scotland!

62' - GOAL! Luka Modric hands Croatia the lead back against  Scotland!

What a stunning strike from maestro Modric. He ruthlessly lifts a magnificent finish with the outside of his foot into the right-hand corner of the Scotland goal from a central position just outside the penalty area.

50' - Brave goalkeeping denies Croatia! David Marshall has been instrumental for Scotland so far, as he raced out of his lines to take the ball foff the feet of the Croatian forward.

We are back underway in Glasgow and London for Croatia vs Scotland and Czech Republic vs England!

35' - Luke Shaw throws his body on the line to defend a cross to deny the Czech Republic forward. The rebound from Tomas Soucek is also off target.

26' - Saved! What a chance for Harry Kane! The England skipper's effort though is saved by keeper Tomas Vaclik.Harry Maguire with a well-timed ball that split the Czech Republic defence.

A simple header for Sterling to head the Three Lions ahead but it is all about Jack Grealish's wizardry in the build up. He bamboozles two Czech players before putting in a teasing delivery from the left to the back post, as the dimunitive forward with had the straightforward job of just tucking away the chance.

HRH Prince William, The Duke of Cambridge, is at Wembley to watch England play Czech Republic. 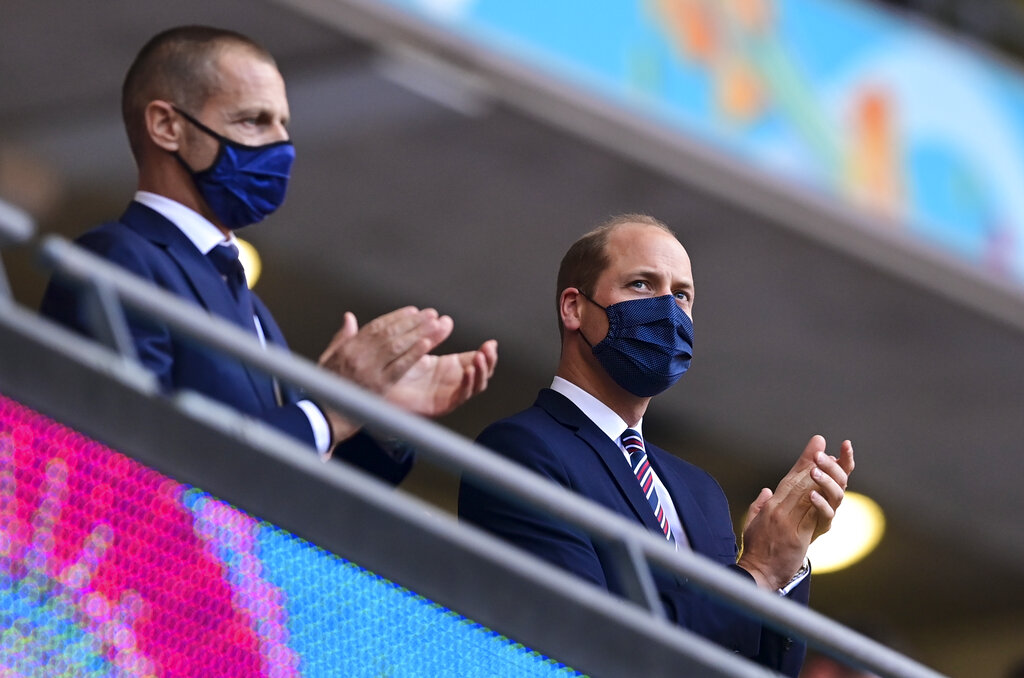 2' - Raheem Sterling hits the post as he is set off down the left by a lovely dink from Luke Shaw. He lobs the keeper but his effort bounces in front of goal and hits the post.

KICK OFF! Croatia-Scotland and Czech Republic-England get us underway in Glasgow and London!

Here is how Group D looks at the momment...

More than 60,000 fans will be allowed to attend the semi-finals and final of Euro 2020 at Wembley with attendance increased to 75 percent of capacity, the British government announced on Tuesday.

A bit of 'gentlemen's game' for the Three Lions before the 'beautiful game'...

🏴󠁧󠁢󠁥󠁮󠁧󠁿 England players enjoy a tour of Lord's Cricket Ground before their showdown with the Czech Republic 🤩 #EURO2020 pic.twitter.com/2CfjYx5gRO

England manager Gareth Southgate brought in Jack Grealish and Bukayo Saka in a rejigged attack for their final group match against the Czech Republic at Euro 2020.

Manchester United's Harry Maguire is also back in the side after recovering from injury as one of four changes in total, with Kyle Walker returning at right-back.

Both teams have already qualified for the last 16 but the result at Wembley will determine who finishes top of Group D.

There was a clamour for Southgate to make attacking changes after a flat performance in last week's 0-0 draw against Scotland and he will hope the introduction of Grealish and Saka will inject some creativity.

Captain Harry Kane leads the line despite heavy criticism over his lacklustre performances so far while Mason Mount and Ben Chilwell are not in the squad because they are self-isolating due to coronavirus protocols.

Manchester City's Phil Foden is also not in the squad.

The Czech Republic named an unchanged side from the one that drew 1-1 with Croatia, with Patrik Schick, who has scored three goals so far at Euro 2020, up front.

Stuart Armstrong replaced Billy Gilmour, who tested positive for coronavirus, in Scotland's only change as they aim to reach the knockout stages of a major tournament for the first time at Euro 2020 against Croatia.

Southampton midfielder Armstrong came on for Gilmour for the final 15 minutes of a 0-0 draw against England at Wembley that breathed new life into Scotland's hopes of reaching the last 16.

Gilmour's loss after a man-of-the-match performance on his first international start will be felt, but Steve Clarke's squad have escaped losing any more players to isolation due to close contract regulations.

By contrast, England duo Mason Mount and Ben Chilwell do have to isolate until June 28 after coming into contact with their Chelsea teammate after the match.

World Cup finalists three years ago, Croatia also need to win to reach the last 16 after taking just one point from their opening two games.

Coach Zlatko Dalic makes four changes to the side that drew 1-1 with the Czech Republic with Josip Juranovic, Marcelo Brozovic, Nikola Vlasic and Bruno Petkovic coming into the side.

Victory will guarantee either side a place in the last 16 as one of the best third-placed teams, even if they do not edge out England or Czech Republic into second place in Group D.

23:28 (IST)
Euro 2020: Who Have Booked Last 16 Slot and Knockouts Qualification Scenario for Every Group Italy, Belgium, Netherlands, Wales, Denmark, Austria and Switzerland have already qualified for the last 16 at Euro 2020.

Hello and Welcome to the LIVE coverage of the European Championships on the last matchday for Group D.

Here are today's matches which will be played simultaniously:

Croatia vs Scotland and Czech Republic vs England

Second-half goals from Luka Modric and Ivan Perisic helped Croatia book their spot in the last 16 of the European Championships in a 3-1 win over Scotland on Tuesday.

It was winner takes all in Glasgow with three points meaning certain qualification for the knockout stages, and a tense match was settled by Modric’s stunning curler in the 62nd minute and Perisic’s flicked header late on.

Callum McGregor’s powerful strike three minutes before half time had cancelled out Nikola Vlasic’s opener, but Steve Clarke’s Scotland were second best, and are still to reach the knockout stages of a major tournament.

Perisic’s third means Croatia now finish second in Group D, and will play the runner-up of Group E in Copenhagen on June 28 in the last 16 knockout stage. England’s 1-0 win over Czech Republic means they top the group, with the Czechs through as one of four best third-placed teams.

Raheem Sterling scored early as England beat the Czech Republic 1-0 at Wembley on Tuesday to take top spot in Group D at the European Championship.

The 12th minute headed goal also means a return to Wembley in the last 16 next week when England will take on the runners-up in Group F, to be decided on Wednesday.

Unbeaten England finished with seven points, comfortably ahead of Croatia, who were second with four after beating Scotland 3-1 in Glasgow.

A tired-looking Czech Republic finished third in the group, but still advance with their four point haul.