Everton unveiled their plans for a new 'world-class stadium' to the city hall in Liverpool.

London: Premier League club Everton presented its plans for a new "world-class stadium" to the city hall in Liverpool on Monday.

Planning officials will scrutinise the details of the 52,000-seater stadium on the banks of River Mersey before it goes to the planning committee next year for a decision.

Unesco's World Heritage Committee has already warned that the stadium development could compromise the World Heritage site, and wants details by February 1, ahead of a crucial meeting in July when a decision will be made on whether Liverpool will become only the third place to be stripped of the WHS status.

Everton announced in its proposals that it has worked with Britain's official cultural agency, Historic England, to incorporate cultural and historic features into the scheme.

The club in its statement said that its plans for the stadium on historic Bramley-Moore Dock will have a transformational impact on North Liverpool, kick-starting the regeneration of the northern docklands, contributing a billion-pound boost to the city region's economy, creating up to 15,000 jobs and attracting 1.4 million visitors to the city each year. 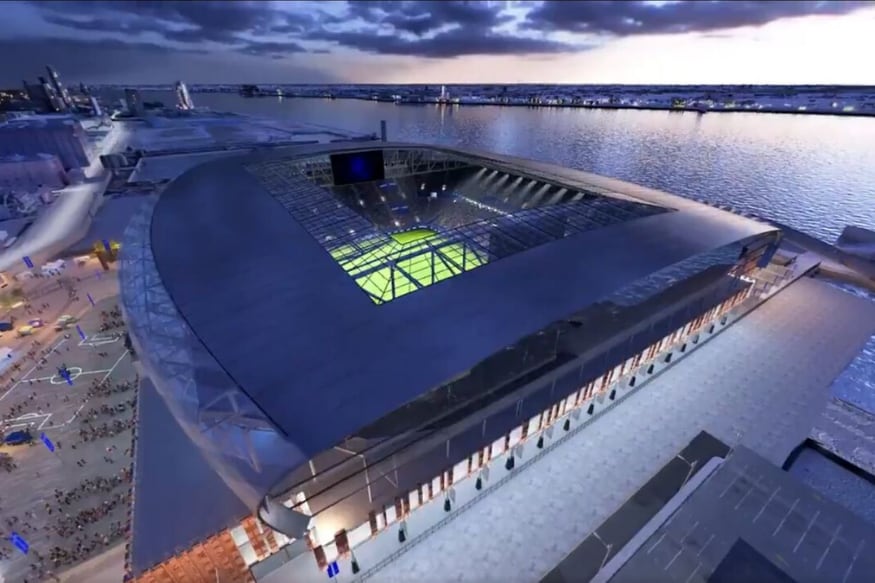 "At the heart of the proposal is a stunning brick, steel and glass stadium which takes its inspiration from the historic maritime and warehouse buildings nearby," said Everton FC.

The move to the waterside site will mean Everton leaving Goodison Park, it's home for 127 years.

🏟 | We can reveal the final designs for our new 52,000-seater stadium at Bramley-Moore Dock on Liverpool's waterfront!

A detailed planning application will be submitted today. 🙌 #EFC pic.twitter.com/quVLzofRbr

Everton CEO Denise Barrett-Baxendale said: "This is a huge milestone in the club's history but also a profound statement of intent for our future. It marks the culmination of many years of work that has combined the passion of our fans with world class design and a commitment to creating something truly special on Liverpool's waterfront.

"The stadium at Bramley-Moore Dock will deliver the best possible matchday experience for our fans, new facilities for cultural events and a building that will be a stunning new addition to Liverpool's built environment.

"If we are granted planning approval, this will be a world class football stadium in a world class location and a catalyst for Liverpool City Region's ongoing growth and success."

The presentation of the new stadium comes just days after the club appointed Carlo Ancelotti as its new manager.