Harvey Elliott's leg snapped in two during Liverpool's match against Leeds United in the Premier League.

Here is the video of the incident - Players check on Liverpool’s Harvey Elliott, on the ground after he got injured in a clash with Leeds United’s Pascal Struijk (AP) 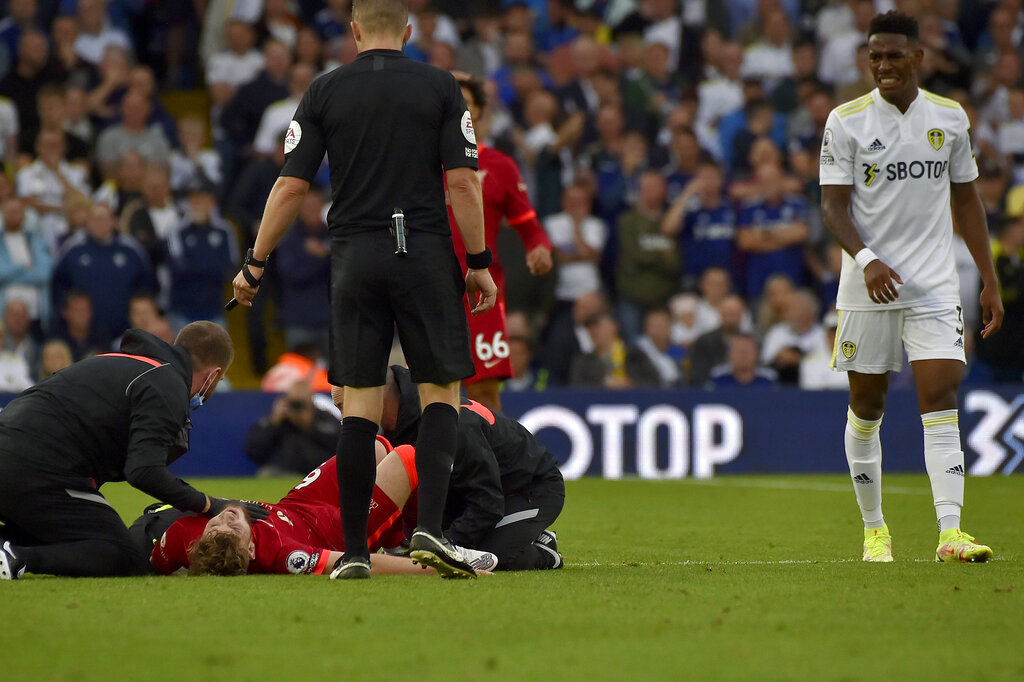 Leeds United’s Junior Firpo, right, reacts as he watches Liverpool’s Harvey Elliott being assisted after he got injured in a clash with Leeds United’s Pascal Struijk (AP)

It was Pascal Struijk, who lunged in with the ‘tackle’ and was shown a red card for it in the 60th minute. Liverpool’s Mohamed Salah was trying to overlap Elliot and saw the whole thing. He immediately called for the medical staff.

Elliott had to be taken off on a stretcher. Struijk, on came on as a substitute in the 33rd-minute for an injured Diego Llorente. Liverpool supporters sang “You’ll Never Walk Alone" as the 18-year-old youngster was applauded off.

As for the game, Liverpool by that point were already comfortably ahead thanks to Mohamed Salah’s 100th Premier League goal and Fabinho’s 50th minute strike. Sadio Mane rounded off the scoring in stoppage time to complete a 3-0 win.

However, the loss of Elliott cast a dark cloud over a positive performance for Jurgen Klopp.

Elliott, who made his Premier League debut as a 16-year-old for Fulham, had broken into the Reds side with impressive early season displays against Burnley and Chelsea.