With fans of almost all ISL clubs showing their passion for the clubs, the global arena is surely witnessing Indian football colours while the knockout action heats up at the FIFA World Cup

The FIFA World Cup has been widely followed in India and the passion of football enthusiasts has even led them to travel to the host nation and witness live action at the stadiums. But, what has been intriguing, is the flavour of the on-going Indian Super League across the FIFA World Cup in the form of Indian football fans. The passionate loyalists have headed to the FIFA World Cup donning the colours of their respective ISL teams. The fans were spotted in Qatar wearing club jerseys and scarves, and holding up flags and banners bearing crests or names of their respective ISL teams.

With fans of almost all ISL clubs showing their passion for the clubs, the global arena is surely witnessing Indian football colours while the knockout action heats up at the FIFA WC.

At the Al Janoub Stadium in Qatar, during a match between Uruguay and Ghana, a group of Kerala Blasters fans were spotted sitting behind one of the goals, wearing the Blasters’ jerseys and waving the Uruguayan flag. They also carried a small poster that read, “Supporting Uruguay for our magician Uruguayan,” with a picture of KBFC star striker, Uruguayan Adrian Luna next to it. Several other fans were spotted across almost all the venues that hosted World Cup matches.

A member of the West Block Blues, Sunil Markal, was in attendance at the Education City Stadium where Morocco knocked Spain out on penalties. Sunil was sporting his Bengaluru FC jersey and was surrounded by Moroccan fans, who he said were intrigued about the one person not donning the red of either Spain or Morocco.

“Bengaluru FC is the club of my heart, and whichever match I attend, I always have a BFC jersey or scarf with me. The Blues are the biggest motivation for me,” said Sunil, who drew curious questions about his jersey and the club from Moroccan fans. “A lot of Morocco fans were inquisitive because I was the only person wearing a unique jersey amidst a sea of red, so I told them about BFC,” he said. 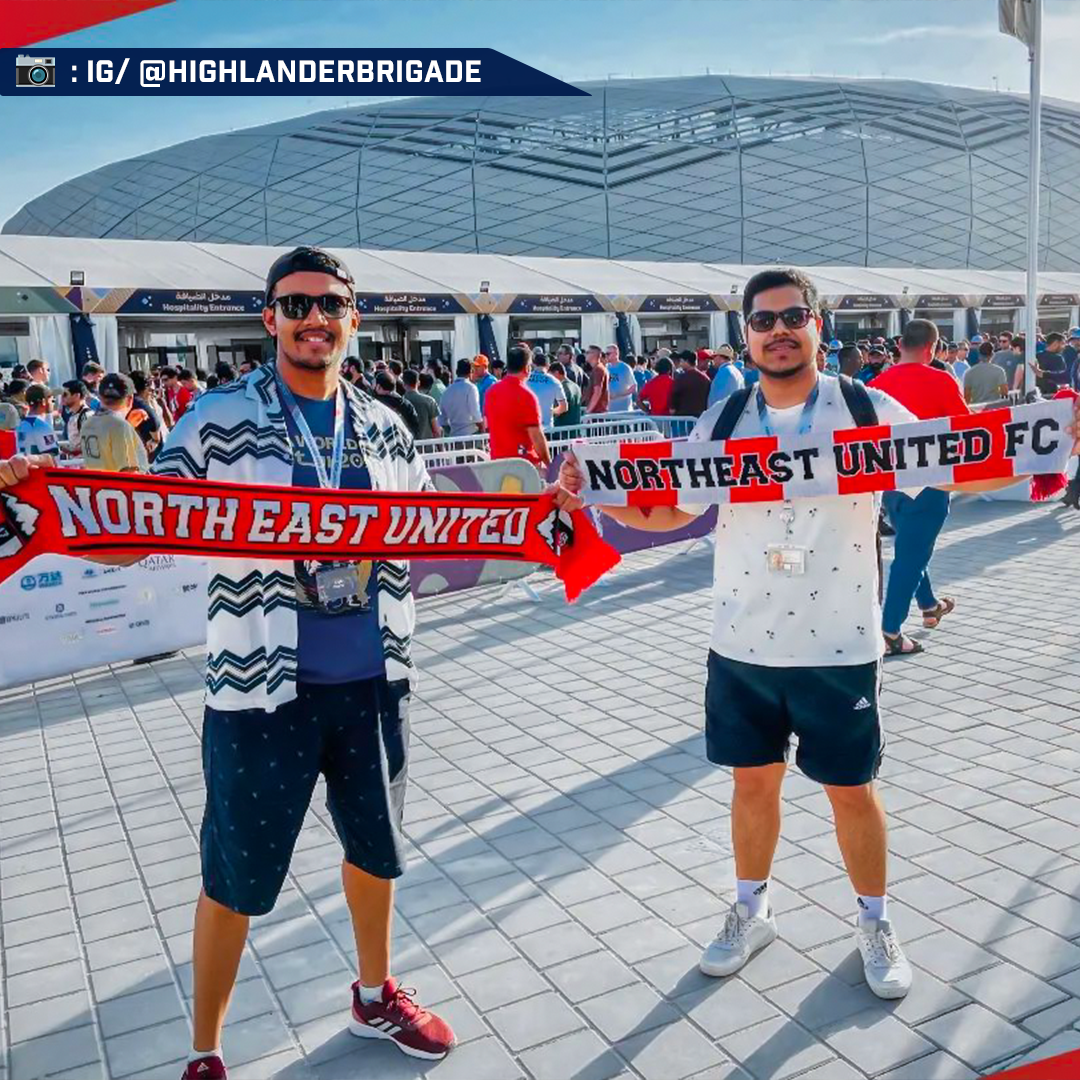 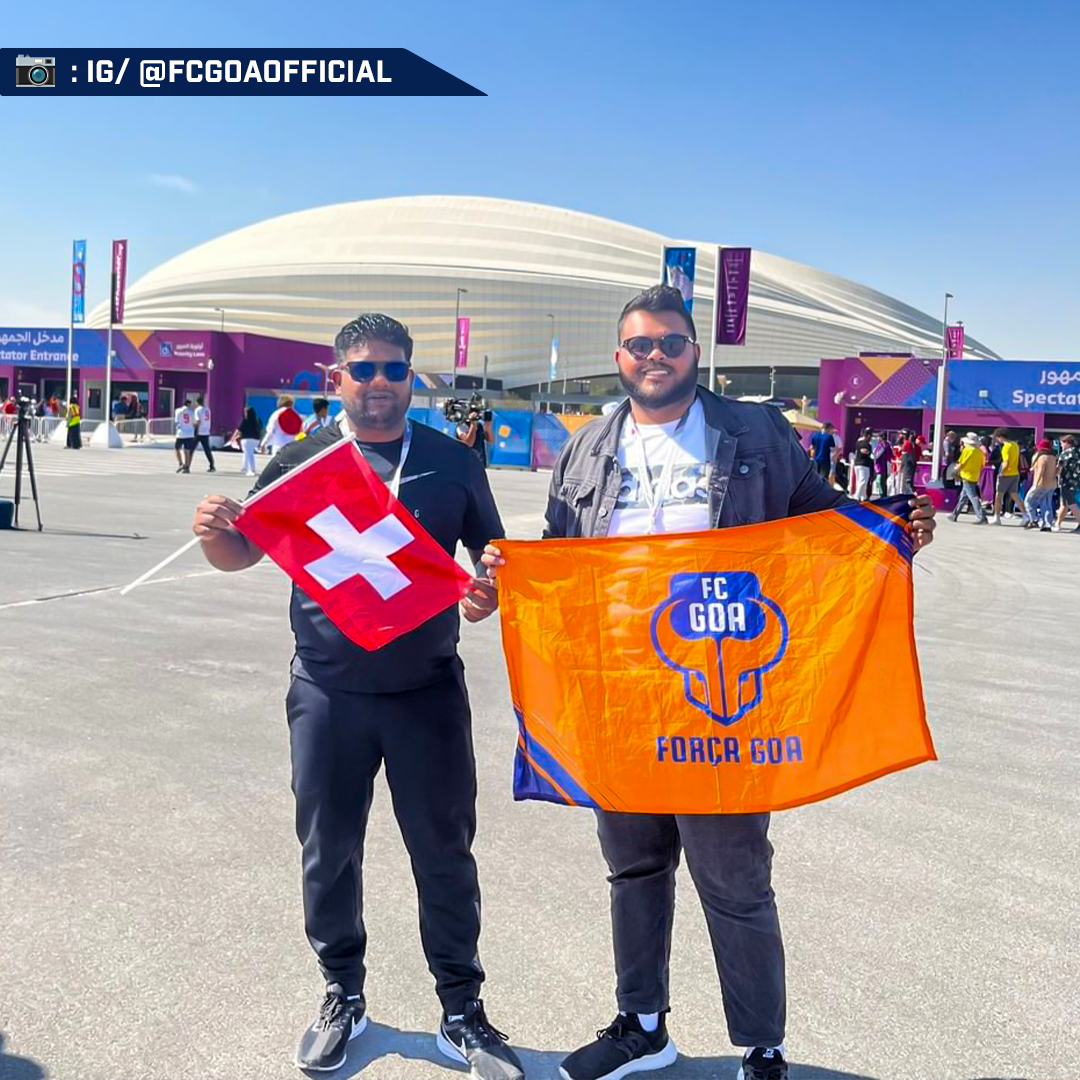 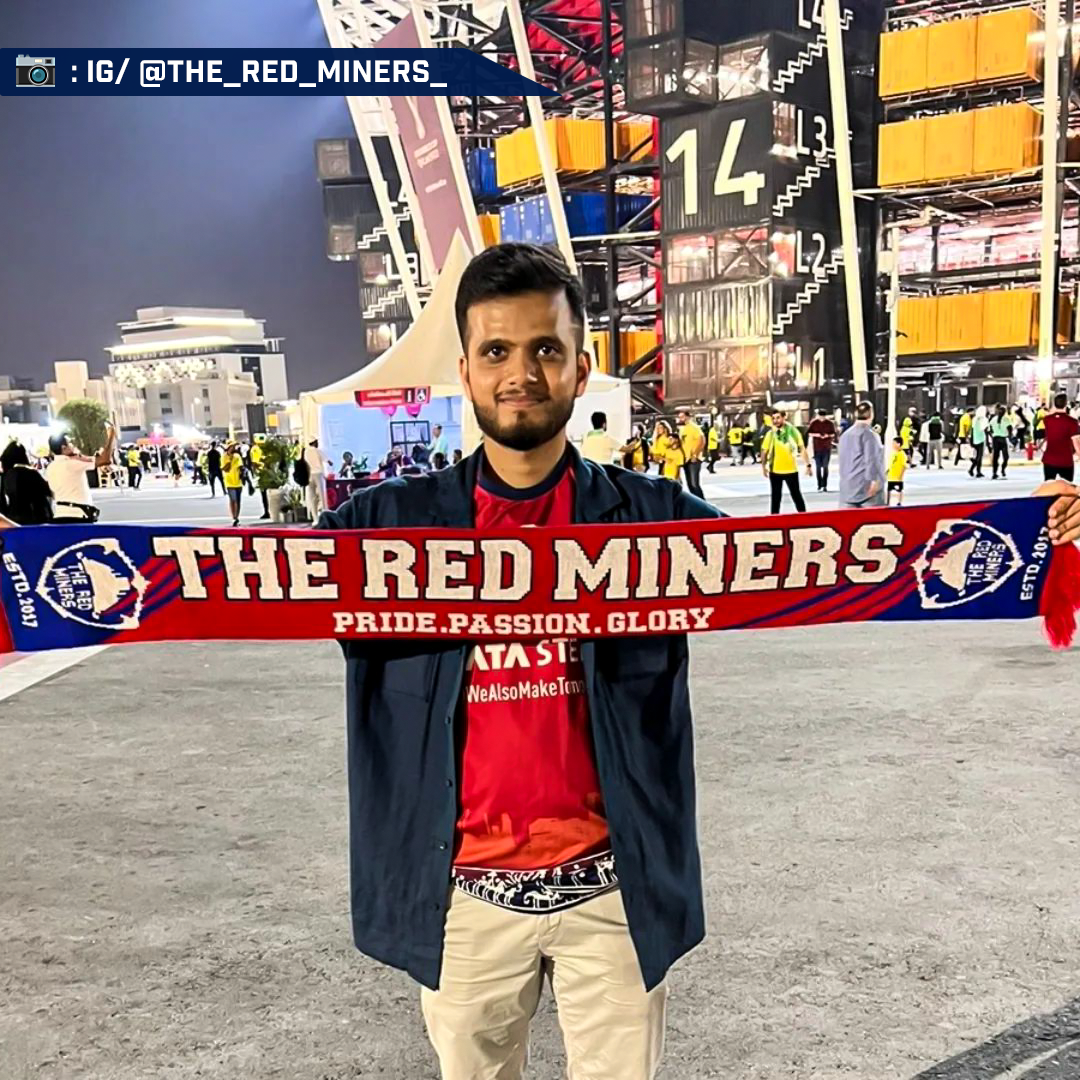 This burst of passion for Indian clubs is not a new phenomenon, as many fans have spoken about being able to better connect with local and domestic football after the advent of the ISL. The passion and interest in Indian football has also been visible during the ongoing ISL season as well, as fans have had the opportunity to see their teams play at stadiums after a two-year break.

The opening clash of the new season between Kerala Blasters FC and East Bengal FC was sold out, and has set the tone for the rest of the season. Fans have turned out in great numbers all through the season to show their investment in India’s footballing journey, and have now shown their willingness to take this commitment to the global stage.