An ex Barcelona official said that he made Lionel Messi sign the contract on a paper napkin when he was just 12 years old.

Barcelona: Charly Rexach, the man who helped Barcelona discover Lionel Messi, has said he made the star footballer sign the contract on a paper napkin when he was just 12 years old because he knew he was too talented to let slip.

Rexach was a Barcelona executive in 2000 when he met Messi. Rexach himself played for Barca between 1966-81.

"His father felt that things were not all too clear and told me they would leave," he was quoted as saying by ESPN. 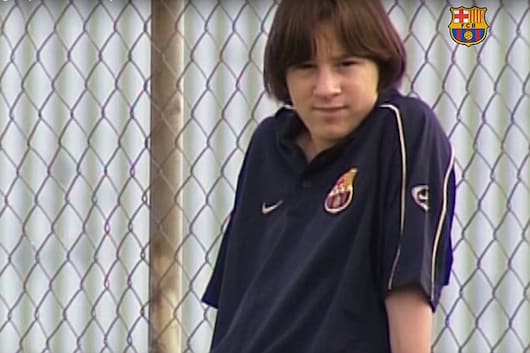 Messi was recently presented with the European Golden Shoe for the sixth time. He was the recipient of the award as he scored the most league goals across Europe's top division, by scoring 36 goals in 34 league appearances between 2018 and 2019.

Messi was presented with the Golden Shoe at a ceremony here, where his sons Thiago and Mateo handed him the latest trophy.