Some of the most vocal critics of the All India Football Federation (AIFF) under erstwhile president Praful Patel are part of the advisory committee that has been formed by the Committee of Administrators (CoA) to oversee the functioning of the governing body for the sport in the country.

Ranjit Bajaj, the former owner of I-League side Minerva Punjab FC, will head the 12-member committee that also has renowned football journalist, Jaydeep Basu as in charge of ‘media and communication matters’.

A letter issued by the three-member CoA, which was formed to replace the Praful Patel-led AIFF after the Supreme Court ordered the politician-cum-sports administrator to step down last month for not conforming with the National Sports Code’s age and tenure clause, said that, “The members of the advisory committee will oversee the day-to-day matters of various departments of the AIFF and send regular reports to all the members of the CoA for their information and approval (if required).”

With the formation of the strong 12-member advisory committee, the three-member CoA, comprising Justice AR Dave, Dr. SY Quraishi and and Bhaskar Ganguly, has put in place a setup that will advise it on every aspect of the game, including tournament and logistics matters and player status and registration matters, among others.

An AIFF statement said that the “members of the advisory committee will not be eligible for any financial remuneration/assistance for discharging their duties”. 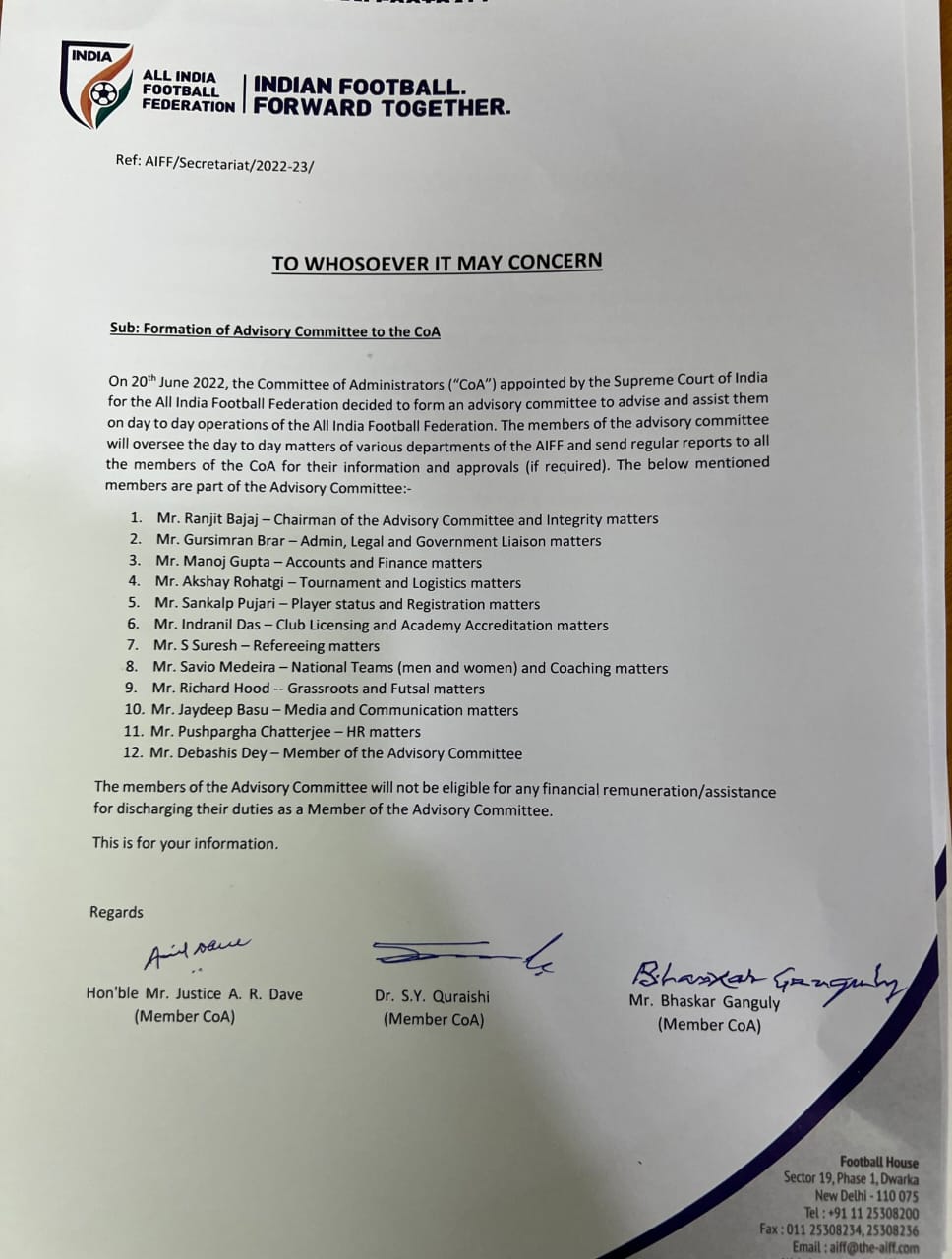 Following are the members of the advisory committee: