Liverpool are looking to end the season on Champions League high while Tottenham Hotspur will be playing for their first European title.

Madrid: Jurgen Klopp's Liverpool are aiming to make up for the disappointment of several recent near misses while Tottenham Hotspur dream of winning the Champions League for the first time as the two English clubs meet in Saturday's final in Madrid.

The Spanish capital is being taken over by a sea of English supporters on a searingly hot weekend before the Premier League sides clash at the Metropolitano Stadium at 9pm (1900GMT).

For fans of Liverpool, it is an opportunity to end the campaign on the highest of highs after they agonisingly missed out to Manchester City in the Premier League title race, despite losing only once all season.

A year ago those fans were in Kiev to see their side lose 3-1 to Real Madrid as Mohamed Salah went off injured and in tears in the first half.

Underdogs then, they are the clear favourites now against opponents appearing in their first final in this competition since it started life as the European Cup in the 1950s. Not that Andy Robertson agreed when that was put to him on Friday.

"Personally, the games I've played against them in the Premier League have been the toughest games we've played," said Liverpool's Scottish left-back.

But in terms of European pedigree, Liverpool are clearly ahead. They are appearing in their ninth final in this competition and are looking to win it for the sixth time.

In contrast, it is 35 years since Spurs were in any European final. Just being here is a huge achievement. It comes only weeks after they moved into a sparkling new stadium, marking the start of a new era.

"We are in football because we want to win but I think to get to the final in the Champions League, that journey is the most difficult thing," said their manager, Mauricio Pochettino. 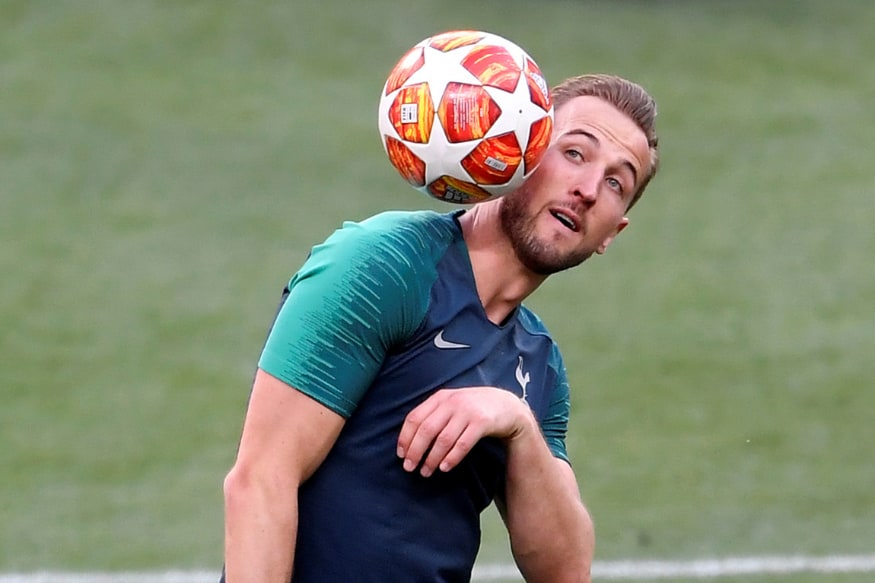 Spurs could have top scorer Harry Kane back after an ankle injury, but despite Robertson's comments, the Anfield side have already beaten Spurs twice this season and have lost just one of their last 14 meetings with the north London outfit.

Klopp, however, has lost his last six finals as a coach, without mentioning his team coming off second-best in the league this season. Yet he put a positive spin on that record.

"I am probably at the moment a world-record holder, in the last seven years at least, in winning semi-finals," the German remarked. "But if I wrote a book about that probably nobody would buy it."

Liverpool are here after their incredible comeback to beat Barcelona in the semi-finals, a 4-0 win at Anfield overturning a 3-0 first-leg deficit.

Egyptian superstar Salah missed that second leg but is fit now, while Klopp confirmed Roberto Firmino is ready after a groin injury.

Tottenham were 3-0 down on aggregate at half-time in the second leg of their tie against Ajax, yet went through on away goals thanks to Lucas Moura's dramatic hat-trick.

That ensured an English sweep in the European finals this season, but while UEFA's decision to play the Europa League showpiece between Chelsea and Arsenal in Baku, Azerbaijan, on Wednesday was heavily criticised, nobody doubts Madrid is a fitting venue this time.

Real's grand Santiago Bernabeu stadium has staged four past finals in this competition, as well as the final of a World Cup and a European Championship. This time it is Atletico Madrid's new 68,000-seat home in the east of the city that is hosting.


Liverpool and spurs fans singing-off, givibg hugs and having fun. You love to see it pic.twitter.com/ukx5H8UQRm

There will not be enough room in the ground for all the English fans in town, and organisers have set up two separate fan zones in the centre so those without tickets can watch on big screens.

There are so many Liverpool fans here that their city's local newspaper, the Liverpool Echo, was on sale in press kiosks in Madrid on Friday.

With Spain still haunted by the image of the old-school English football hooligan, police are worried about the prospect of trouble.

Francisco Pardo, director general of Spain's National Police, promised "probably the biggest deployment to guarantee security which we will carry out at a sporting event".

Whoever wins, the celebrations will be wild.

A sixth European Cup for Liverpool would put them ahead of Barcelona and Bayern Munich in the list of the competition's most successful clubs.

Spurs reached the final despite not outscoring their opponents in the quarter-finals or semi-finals -- a statistical quirk also achieved by PSV Eindhoven when they won the trophy in 1988.

If they can upset the odds, theirs will be the first new name on the cup since Chelsea in 2012.
Tags