UEFA Euro 2020 Highlights, Hungary vs Portugal and France vs Germany Updates: Mats Hummels scored an own-goal and France beat Germany 1-0 Tuesday at Euro 2020. The experienced defender was attempting to stop Lucas Hernandez’s cross from reaching France forward Kylian Mbappe when he diverted the ball into his own net in the 20th minute.

Both teams had chances to score. İlkay Gundogan wasted Germany’s best opportunity of the first half when he couldn’t direct his shot on target.

The experienced defender was attempting to stop Lucas Hernández’s cross from reaching France forward Kylian Mbappé when he diverted the ball into his own net in the 20th minute.

Both teams had chances to score. İlkay Gündoğan wasted Germany’s best opportunity of the first half when he couldn’t direct his shot on target.

France twice put the ball in the net in the second half but both were called back for offside. Mbappé sent a curling shot inside the far post midway through the half and then set up Karim Benzema for another late in the match.

France's Adrian Rabiot is off and Ousmane Dembele!

Matthias Ginter and Robin Gosens are off and Kevin Volland and Emre Can are on or Germany.

France's Karim Benzema is off and Corentin Tolisso is brought on.

Karim Benzema puts the ball in the back of the net but the goal does not stand as a VAR check reveals that Kylian Mbappe was offside when the pass from Paul Pogba released him on the break.

Germany have started to get into the attacking third more often with the introduction of Leroy Sane and Timo Werner but the French defence have stood strong.

Kai Havertz, Serge Gnabry are off and Leroy Sane and Timor Werner come on for Germany

MAN IN THE MIDDLE 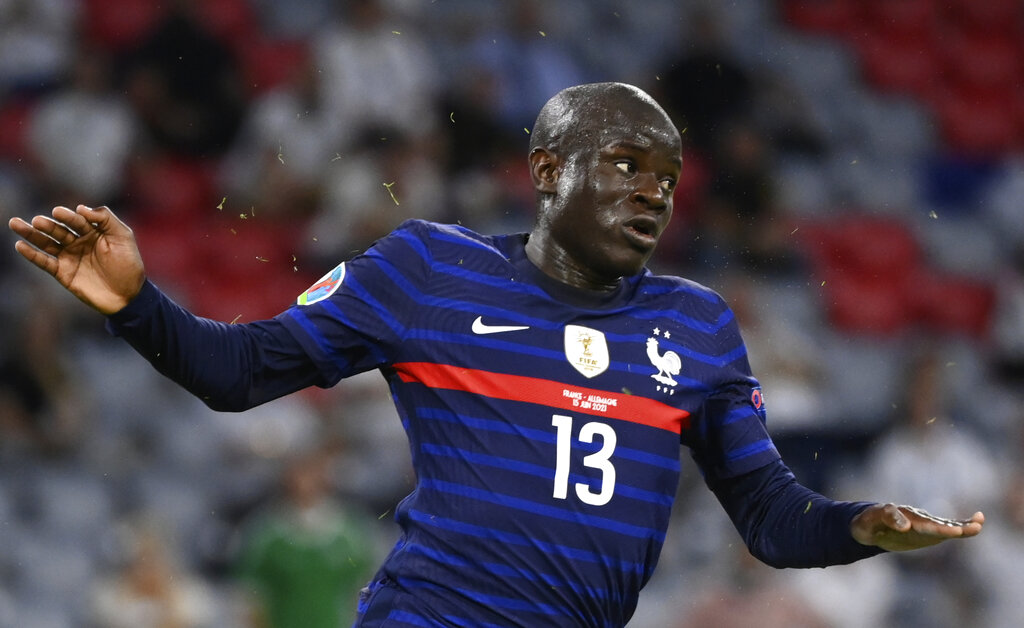 Kylian Mbappe with a brilliant piece of skill to curl the ball into the goal from a Paul Pogba dink over the top but the referee calls play back as he was offside.

Robin Gosens slams into Benjamin Pavard as the French defender is down on the ground with the ball going out, only for a shot to come back and hit the German, who was offside.

Serge Gnabry hits the post too! His shot was into the ground and rose over Hugo Lloris and is out.

Gnabry with the chance!

Adrien Rabiot is clean through on goal as he takes a shot on his left foot at the neat post with Manuel Neuer diving away but the shot hits the post and goes out.

2nd HALF! France and Germany get us underway for the second 45! 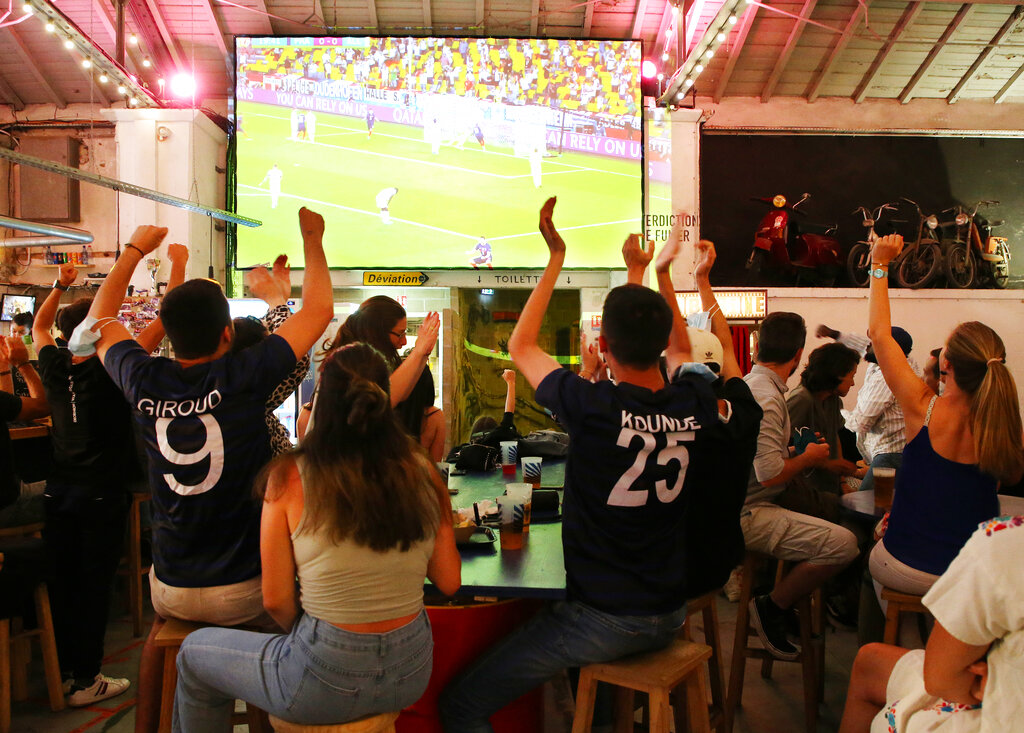 HALF TIME! Mat Hummels' own goal the difference between France and Germany at the break!

An unlucky moment at the back sees us trail at the break 👎#FRA 1-0 #GER#DieMannschaft #EURO2020 #FRAGER pic.twitter.com/gliePeG4X2

Robin Gosens gets the ball on the left flank and sends in a delicious cross as Serge Gnabry tries to bring it down but manages to only send it as far as Ilkay Gundogan, who in turn, attempted a snapshot while contorting his body into position, The resulting effort bounces wide.

Paul Pogba takes down Thomas Muller as the referee calls for a free kick. Toni Kross tries his luck from around 25 metres out but his curling effort clears the wall and flies over harmlessly.

20' - GOAL! Mat Hummels scores an own goal! France take the lead against Germany!

What a ball from Paul Pogba as he dinks a cross-field pass that splits the Die Mannschaft defence. Lucas Hernandez takes the balls and drills in a low cross, that hits Hummels and past his keeper into the net.

It is a tentative start from both France and Germany.

France have made a few attacking attempts but the German defence has stood strong so far.

A Greenpeace protestor parachuted into the stadium before France’s game against Germany.

He appeared to parasail from the roof onto the field. He was quickly met by security personal.

The parachute had the words “Kick out oil Greenpeace” written on it. The person was also given medical attention on the side of the field. 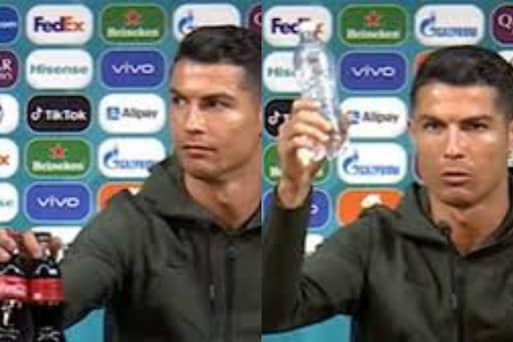 KICK-OFF! France and Germany get us underway in Munich!

World champions France were at full strength for their opening Euro 2020 match against Germany on Tuesday with star forwards Antoine Griezmann, Karim Benzema and Kylian Mbappe spearheading a formidable attack.

Benzema is playing his first competitive international since France lost to Germany in the quarter-finals of the 2014 World Cup after being recalled to the national team by Didier Deschamps following a five-and-a-half-year exile.

Bayern Munich defenders Benjamin Pavard and Lucas Hernandez are included in the French defence for the Group F clash at the Allianz Arena, the pair's home club ground.

Both teams are captained by goalkeepers with Manuel Neuer between the sticks for Germany and Hugo Lloris in the French goal.

Leon Goretzka was left out the matchday squad after failing to recover in time from a leg injury.

🗒️ TEAM NEWS: Rabiot is preferred in midfield alongside Pogba and Kanté... Cristiano Ronaldo now has 11 goals in Euros, spread across five tournaments going back to 2004.

FULL TIME! Cristiano Ronaldo nets double and all 3 points in the bag for Portugal with 3-0 win against Hungary!

GOAL! Cristiano Ronaldo makes it 3 for Portugal vs Hungary!

10 – Cristiano Ronaldo has become the first player in European Championship Finals history to score 10 goals in the competition, overtaking Michel Platini’s record of nine, all of which he scored in the 1984 edition. History. #EURO2020 pic.twitter.com/j89tNODaTv

Diogo Jota and William Carvalho are off and AndreSilva and Renato Sanches are brought on.

80 '- Not a Goal! Szaboics Schon puts the ball in the back of the net but he is offside... He couldn't time his run..

Hungary's Roland Sallai is off and on comes Szaboics Schon as Laszlo Kleinheisler makes way for David Siger.

France twice put the ball in the net in the second half but both were called back for offside. Mbappe sent a curling shot inside the far post midway through the half and then set up Karim Benzema for another late in the match. Germany had never previously lost an opening game in the group stage at the Euros.

Before the match started, a Greenpeace protestor parachuted into the stadium.

Portugal skipper Cristiano Ronaldo celebrated becoming the first player to appear in five European Championships with a brace as they got their title defence off to a winning start with a 3-0 victory over a determined Hungary.

Ronaldo’s 87th-minute penalty after a foul on Rafa Silva meant he overtook Michel Platini for most European Championship goals scored, taking his tally to 10, after Raphael Guerreiro’s deflected goal had given them the lead three minutes earlier. Ronaldo, who missed a sitter in the first half, then delivered the final blow to a spirited Hungary side with a goal after a brilliant Portugal move in stoppage time.

Before Portugal’s goal rush, Hungary thought they had snatched a first win over the visitors in their 14th meeting much to the delight of a packed stadium when Szabolcs Schon had the ball in the net. But the winger’s effort was disallowed for offside in the build-up.