Hockey India named a 20-member Indian women's hockey team for the tour of New Zealand, which begins layer this month.

New Delhi: Rani Rampal will lead a 20-member Indian women's hockey team for the tour of New Zealand, beginning on January 25 in Auckland.

According to the squad named by Hockey India, goalkeeper Savita will be Rani's deputy during the tour.

The Indians will also play Great Britain on February 4 and then conclude the tour with another match against the New Zealand women's team on February 5.

"The players have to show their best and I want to see how they perform under pressure and stay in the right rhythm."

He added that the matches against world number 5 Great Britain and world number 6 New Zealand will provide a great opportunity for the Indian team to showcase their fearless attitude. 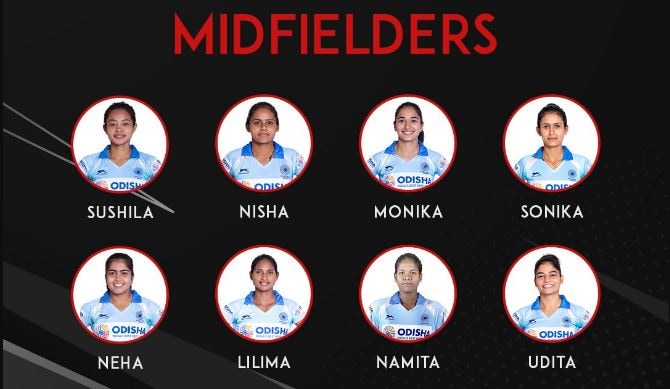