Ahead of the 2G verdict later this month, News18 chronicles and explains in detail a scam which dealt the first blow to the credibility of the UPA government.


It was said to be the biggest scam in the history of Independent India. Time Magazine has called it the second biggest instance of the abuse of executive power- just a notch below Richard Nixon's Watergate scandal.

Exactly ten years back, when the murmurs of wrongdoings were first heard in the corridors of powers in Delhi, the opposition demanded an investigation.

Politically however, irregularities in the allocation of Second Generation spectrum licenses for mobile communication and limited data transmission was too complex a subject for public comprehension or popular political lexicon.

Only when the Comptroller and Auditor General of India in a report quantified and pegged the scam loss to Rs. 1.76 lac crores that the scandal took its own definitive shape and moniker- the 2G Scam.

The case was investigated by the Central Bureau of Investigation which filed an 80,000 page chargesheet before the trial court.

WHAT IS SPECTRUM SCAM?

On 16th November 2010, the Comptroller and Auditor General of India (CAG), the supreme auditing body of the country came out with its report on the issuance of licenses and allocation of 2G spectrum by the Department of Telecom.

CAG, then headed by Vinod Rai, revealed 2G licenses had been issued to telecom operators at throwaway prices causing a loss of Rs 1.76 lakh crore to the exchequer. Moreover, licenses had been issued to ineligible applicants who had deliberately suppressed facts, disclosed incomplete information, submitted fictitious documents and used fraudulent means for getting licenses and thereby access to spectrum.

The CAG report went on to say that licenses owners had in turn sold significant stakes to the Indian/foreign companies at high premium within a short period of time.

The premium earned by these new entrants to the telecom sector was estimated to be the true value of the spectrum.

In a free and fair bidding process, these profits should have accrued to the public exchequer.

The telecom ministry under A Raja changed rules and eligibility criteria several times in the run-up to auction.

The cut-off date of the auction was advanced by the ministry.

The ministry issued licenses on a distorted First Come First Served (FCFS) Policy and that too at 2001 prices, not at 2008 prices. Charges: Criminal breach of trust by a public servant (section 409), criminal conspiracy (Section 120-B), cheating (Section 420) and forgery (Sections 468 and 471); booked under the Prevention of Corruption Act for accepting illegal gratification. Position: Telecom Secretary when the licenses were granted and A Raja's close aide

Charges: Criminal breach of trust by a public servant (Section 409), criminal conspiracy (Section 120-B), cheating (Section 420) and forgery (Sections 468 and 471); booked under the Prevention of Corruption Act for accepting illegal gratification. 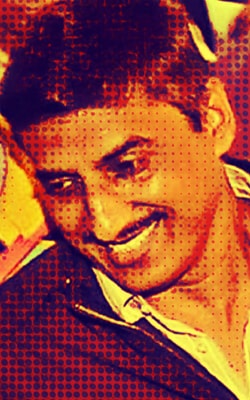 The face of the scam was the then telecom minister A Raja. He is alleged to have bent the rules of auction to benefit a few and selective telecom players only.

What was in it for him? CBI in its chargesheet accused Raja of getting Swan's Shahid Balwa to invest in Rs 200 crore into Kalaignar TV Pvt Ltd, a company controlled by some members of the DMK's first family. Raja was a minister in the UPA government from the DMK.

CBI in its charge-sheet has accused DMK Supremo K Karunanidhi's daughter Kanimozhi of being in regular touch with A Raja regarding the launch of Kalaignar TV channels. CBI’s investigation showed Kanimozhi- a sitting Rajya Sabha member- was a key stakeholder in the TV channel.

The CBI and the Enforcement Directorate during their investigations found A Raja had received over Rs 3000 crore as bribe in the allotment of 2G licenses.

Comptroller and Auditor General of India (CAG) in its 2010 report quantified what was called the biggest scam in the history of Independent India.

Six years ago, 2G scam found its way, at number 2, in an all time ‘Top 10 abuses of power’ list issued by Time magazine. In magnitude it was placed only behind Richard Nixon’s Watergate scandal.

The scam remained front-page news in the national and local dailies for months on end, not just for the waves it created in political and corporate circles but also for its sheer magnitude.

80,000 page –chargesheet filed by CBI in April 2011. It was brought to the special CBI court in Delhi in seven trunks.

4,400 – the number of pages which contain only the testimonies of the witnesses examined by CBI.

154 – the number of witnesses examined by CBI, which include Reliance ADA chairman Anil Ambani, his wife Tina Ambani and the then Attorney General of India, GE Vahanvati. This was the first time when an AG appeared as a witness in a criminal case.

HOW DOES 2G SCAM COMPARE WITH OTHER BIG SCAMS IN INDIA

More developments have happened in this case with a senior Swedish officer claiming to have unearthed and handed over to India “huge amount of evidence.”

The Supreme Court on 8 May this year allowed a plea by the CBI opposing the dropping of charges against Lalu Prasad Yadav by the Jharkhand High Court in the fodder scam case. Yadav will now face multiple trials for each case.

The company misrepresented its accounts both to its board, stock exchanges, regulators, investors and all other stakeholders.

‘Coalgate’ was bigger than the 2G in political terms also, because investigators in this scam were led straight to the then Prime Minister Manmohan Singh’s door, who held the charge of the coal ministry for a short period.

Apart from the former Prime Minister, a former Chief Minister, an MP, and two former Coal Secretaries are among those named as accused in the alleged coal blocks scam. Following CAG report, the Supreme Court declared all coal block allocations since 1993 illegal.

A TIMELINE OF THE 2G SCAM