Prisons of Patriarchy and Superstition

Where Women Are Made to Drink Water Out of Shoes 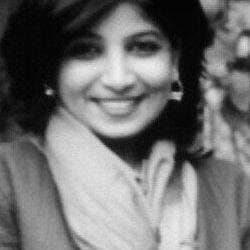 AWAY FROM the trending Independence Day hashtags and tricolour timelines, in a remote hamlet of southern Rajasthan's Bhilwara, exists a world caught in the pre-Independence time warp.

Every week hundreds of women from nearby villages are brought to Bankaya Mata temple in Bhilwara and subjected to practices that are degrading just as much as dangerous in the name of healing.

Perhaps our sensibilities accommodate more concern for animals than for women.

Regressive traditions continue to subjugate rationality as they suffocate women in the prisons of patriarchy and superstition. As part of exorcism, the bhopas (quasi priests and healers) at the Bankaya Mata temple here put women through multiple rituals which would qualify as atrocities outside.

Women being made to carry shoes on their heads, in their mouths and even being made to drink water from them is a common sight here. Depending on the prescription by the bhopas, women are made to drag themselves down over 200 steps in the temple, to rid themselves of the 'possessed' of evil spirits. A Photographer's Throwback on Rituals of Torture

A bumpy road took photographer Sudhir Kasliwal to Bankaya Mata temple in Bhilwara in 1995. He had been told the temple was known for some strange exorcism rituals. What he saw and photographed on film, slides in both colour and monochrome, moved him deeply.

"It pained me too see the women being beaten up and made to drink water from shoes twenty-one years ago, but what pains me more is that the practice continues", says Kasliwal.

Ironically, says Kasliwal, a cruel camel sport he documented at the annual Pushkar Fair in 1979, called Ladoo Oont, where riders subjected camels to arduous tests of strength even as the animals groaned in pain, was discontinued shortly after.

"Perhaps our sensibilities accommodate more concern for animals than for women", he says.

He recalls women being made to walk kilometres with shoes on their heads and clutching them in their mouths before they were made to drink water from the shoes, all in the name of exorcism. A Mental Health Disaster for the Victims

The women brought to the temple either suffer from mental illnesses, or are dragged by families who want them tagged 'insane', often to 'fix' them or to 'put them in their place'.

The 'patients' are often young, outspoken or maladjusted in their in-laws' homes. While these rituals take a toll on everyone, those with real mental health issues face a higher risk of permanent or long term emotional damage.

In the absence of space for verbal expression, these women can sometimes develop 'conversion disorder' or hysteria resulting in inadvertent yet overt physical reactions, which are wrongfully interpreted as being 'possessed', psychiatrist Ruma Bhattacharya says.

"But subjecting them to these rituals of torture could lead to long lasting emotional issues, constant bad dreams, even phobia", says Bhattacharya. Not in My Neighbourhood?

But if one were to take comfort in believing that these practices exclusively inform the life worlds of the 'backward and the uneducated' in remote hamlets, think again.

Superstition forms a part of the belief system of several urban and educated amongst us, across faiths, with remedies peddled by self proclaimed godmen in the form of quick divine fixes.

The episode involving godman Asaram who is under trial for allegedly sexually assaulting a minor who was brought to him for exorcism in Jodhpur is a case in point.

Acting on news reports while the police have arrested four quacks from Bankaya Mata temple and are guarding the premises, sociologist Rajeev Gupta rubbished it as an eyewash.

"These practices originate from a small story that get propagated over time as a myth legitimised by tradition", says Gupta.

Women, he says are soft targets in these situations due to lack of empowerment and agency, aggravated by illiteracy.

The root of problem lies in acute lack of access to health infrastructure and qualified mental health professionals which leaves people, especially women vulnerable to such dehumanising 'healing' practices.