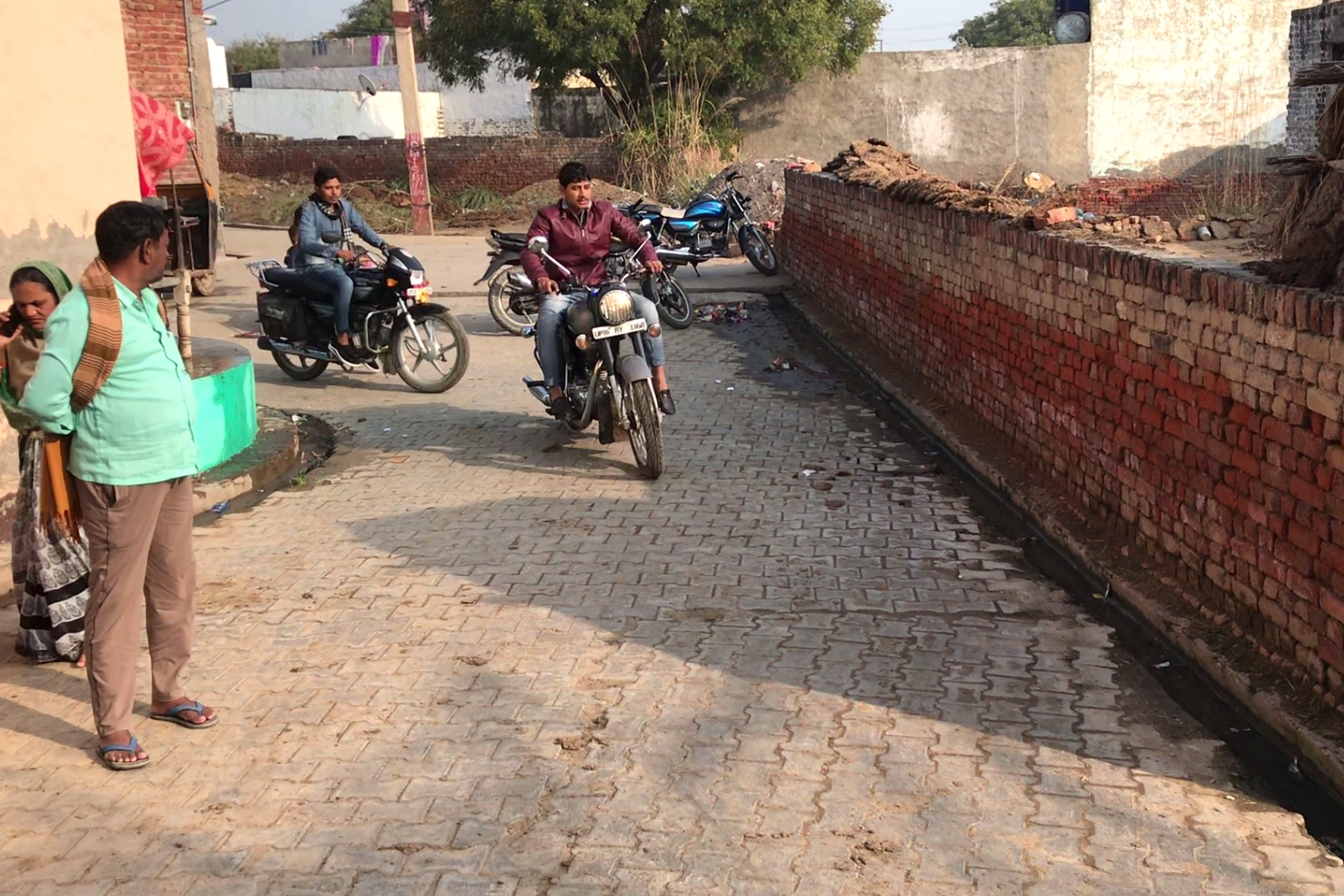 Pushpender, survived by his wife and a two-year-old son, belonged to a family of farmers in Uttar Pradesh’s Rohi village. His father had received the lump sum amount as compensation from the UP government in lieu of their land for the much-awaited Jewar airport. The patriarch divided the fortune among his three sons.

Pushpender’s share amounted to Rs 24.5 lakh. Unable to make it to the Indian Army, the 25-year-old became a private taxi driver and used to make close to Rs 20,000 a month.

The sudden swell in bank balance was soon followed by an increased dependency on alcohol. Brawls with family members became an everyday affair. On the evening of December 16, after an argument with his wife over his worsening addiction, he killed himself.

“He was drunk most of the time. He had stopped going on trips. He wasted most of his money on alcohol. After his death, we found that he had spent close to Rs 1.5 lakh on liquor alone,” says his younger brother, Bharat.

Pushpender is not the only one. Two more men have killed themselves in the same village ever since they became millionaires. Their families did not want to be identified. However, locals and friends of the deceased said they too had taken to heavy doses of alcohol ever since coming into sudden wealth. 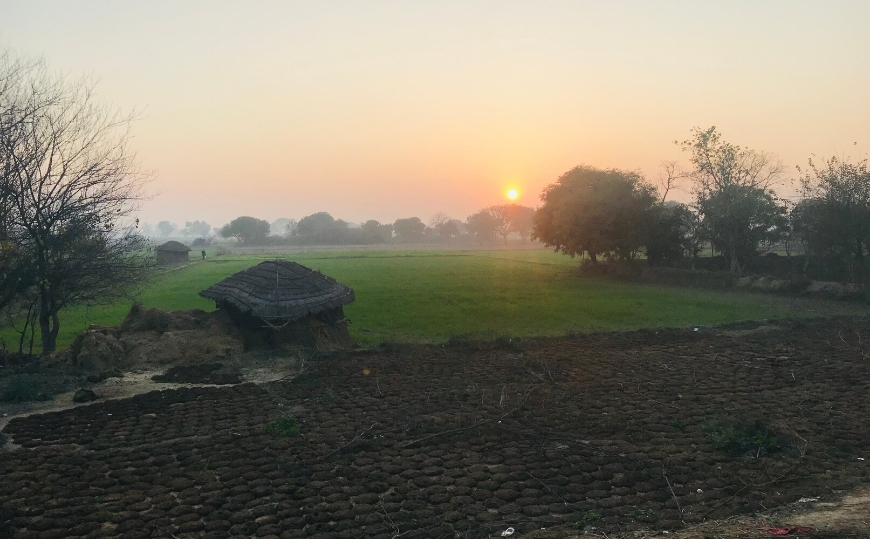 Sun sets on paddy fields in Rohi, now owned by the government, to be used for construction of Jewar International Airport. (Photo: Author)

Just like Pushpender, almost all of Jewar has been struggling to figure out what to do with Rs 2,335 crore that has been disbursed as compensation to 4,360 landowners in Ranhera, Rohi, Parohi, Kishorpur, Banwaribas and Dayanatpur villages.

Roughly 80 km from Delhi, the village is set among lush paddy fields. Harvest season has just ended. However, every farm has motorbikes parked with men sitting in the fields, inebriated.

“Local liquor shops have long queues in front of them since morning. Young boys who were earlier scared of being caught drinking are now doing it in the open. Come evening, the fields are filled with men consuming alcohol,” adds Kumar who is among the few to have wisely spent their money to buy plots of agricultural land close to Jewar. 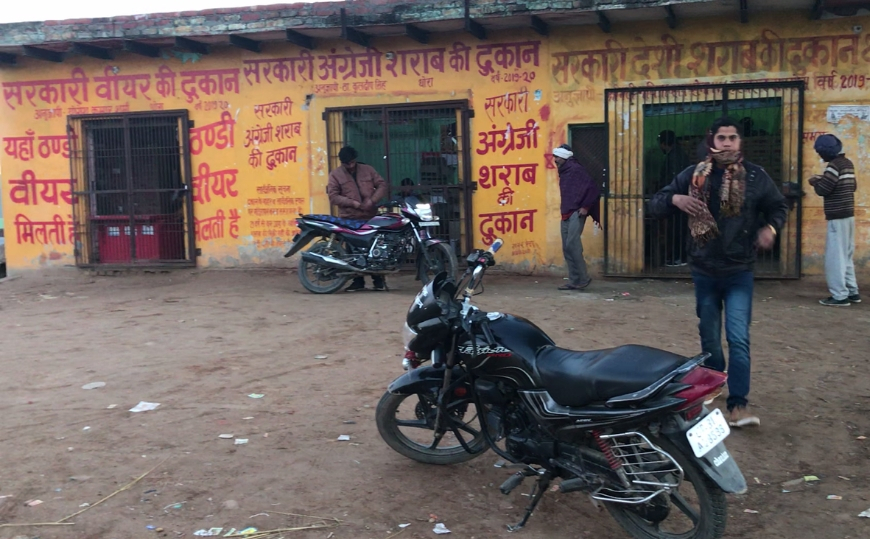 The liquor store just outside the village has long queues every evening ever since farmers have received their compensation. (Photo: Author)

Officers in the nearest police station said cases of scuffles and drunk-driving have spiked in the last six months. Complaints from farmers about men leaving empty liquor bottles in farms also pour in daily.

The new-found wealth has been particularly hard on women whose own lives haven’t gotten any better despite their husbands and sons becoming millionaires.

“My husband used to drink earlier as well, but now he comes home drunk almost every night. My 20-year-old son has also taken to heavy drinking. Both of them have completely stopped helping with household matters and have become slaves to their addiction. The same story repeats itself every evening,” says a 40-year-old woman in the village, wishing to remain anonymous.

Booze-fuelled days aren’t the only social status identifier in Rohi. Every other household in the village now has a gleaming white Mahindra Scorpio parked outside.

Harender, 33, another resident of the village, received Rs 4.3 crore as compensation for his land. He spent Rs 25 lakh in buying two Mahindra Scorpios and is yet to invest the remaining money in buying new land. His family earlier used to make close to Rs 2 lakh a year.

“We used to survive only on income from our farms. Now that we have the money, why not have a better living standard. My father always wanted to own a car but could never buy one. Now we have two. One is meant exclusively for him,” says Harender. 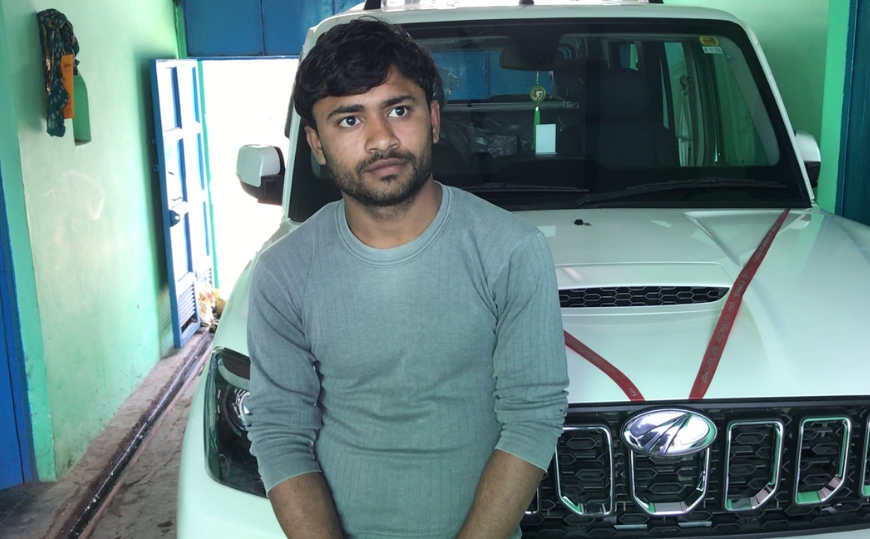 Every house in the village now has a new car, mostly Mahindra Scorpio. (Photo: Author)

The cars have been used for trips to Pari Chowk in Greater Noida where men in the family meet to celebrate the new-found financial prosperity, while women continue with their daily chores.

Harender plans to use the money to buy a new house as well, somewhere near Mathura. After moving, he will be using the remaining money to buy a patch of agricultural land. However, cars were the top priority.

He accepts that villagers have mostly not been using the money wisely. “I have a plan for spending the compensation. Most people are wasting it by being spendthrift. Immediately after the first car was bought in the village, everybody turned it into a competition. Within two months, the entire village was filled with expensive four-wheelers.”

The car has also earned Harender respect among his relatives. “I visit my family members in other villages in a car now. Everybody comes out to receive me and to look at my new four-wheeler. Elders consider me successful because I could buy a car,” he says.

The village also has a new background score in the form of the tappet noise made by Royal Enfield motorcycles. Almost every young boy in the village now either owns a new ‘Bullet’ or has a friend who does. Whether it be trips to college or to the local grocery store, Rohi now thumps its way on a Royal Enfield.

Locals said the automobile company had setup a make-shift showroom in the village and sold 90 motorbikes in a month costing close to Rs 2 lakh each.

“Meeting friends or going to college, everything happens on the bike now. Most of my friends now own a motorbike. My father did not object at all in giving me money to buy the motorbike,” says 20-year-old Yogesh, a resident of Rohi. His father received Rs 5.3 crore as compensation from the government.

Meanwhile, automobile dealers in Jewar have seen multi-fold growth in sales. While the exact number of cars and bikes sold could not be concluded, several dealers informed that there has been close to 70 per cent rise in monthly sales.

The change in the village’s spending pattern is similar to one witnessed in Haryana’s Gurgaon in the early 2000s when farmers were compensated for their land. There’s also an official name for the kind of psychological turmoil that overnight wealth of this sort brings -- sudden wealth syndrome. 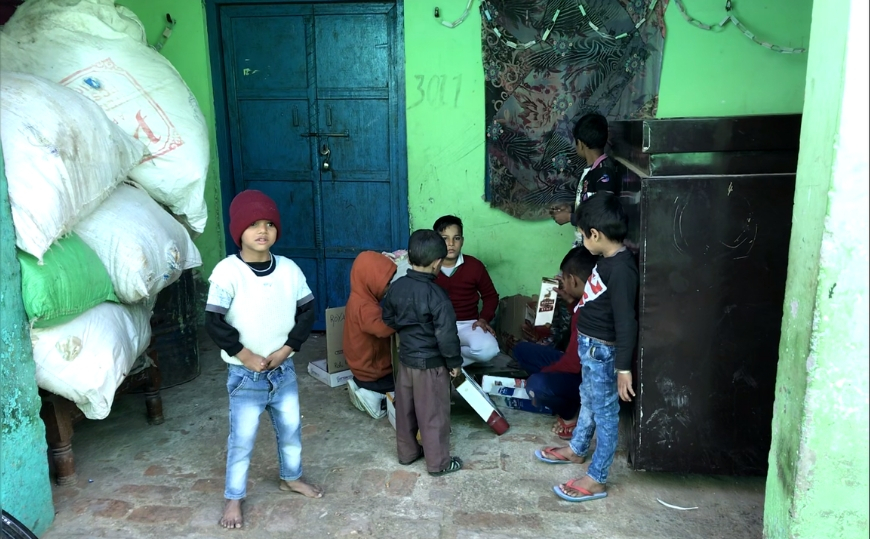 Children in the village playing with empty boxes of alcohol bottles. (Photo: Author)

However, there is also a group of farmers who are not happy.

“The government has bought only a patch of our land. Once the airport construction begins, the state will shift us from here. What happens to our land? How will we till the land if we do not stay here,” says 53-year-old Ramesh.

Ramesh added that he received compensation only for the patch of land that the government has taken, but will need to let go of his entire land if he were to move to Tappal.

“Nobody will privately buy land from me because of the airport,” he adds.

He, along with a group of other farmers, is also unsatisfied with the compensation amount.

They are upset about the categorisation of their region as ‘urban’. This classification makes them eligible for a compensation of two times the circle rate, instead of four times which is applicable on agricultural land under the Land Acquisition Rehabilitation and Resettlement Act, 2013.

Produced by — Fazil Khan
More News18 Immersives
In The Line of Fire: Why Kashmiri Youth Troop to Encounter Sites
Teddy Bear, Teddy Bear, Listen To My Cries
Passport To Kill: How NRC Anxiety is Pushing People Over the Brink