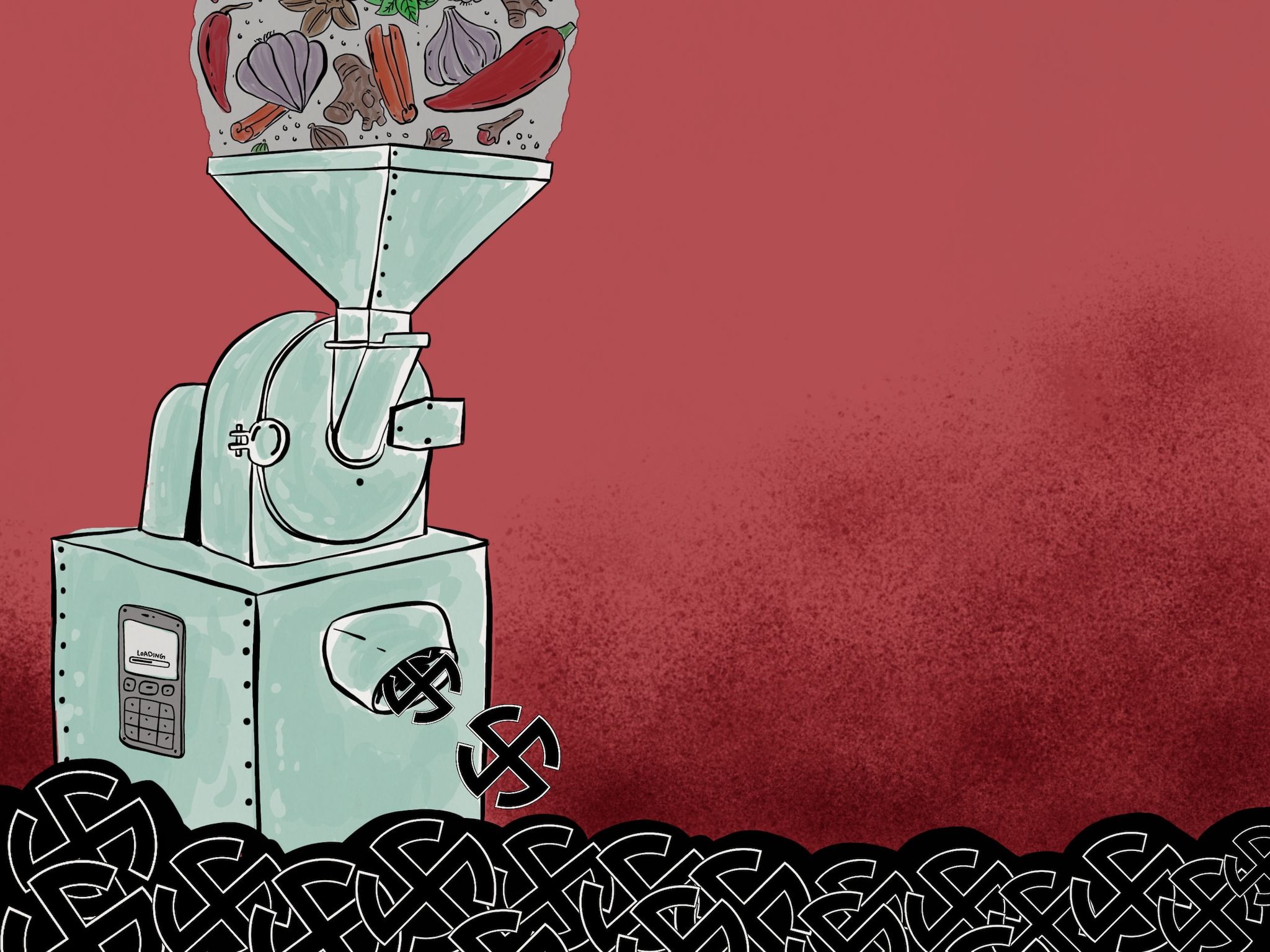 The discounted packets of spices seemed like a lip-smacking offer. But the villagers of Baramba had no idea what was actually cooking. In exchange for the goodies, they were giving out personal data that could be used as an ingredient to frizzle up an election win.

This was the first time that Tripura Dehury, a local businessman trying to find a way into politics, had visited the village in Cuttack district of western Odisha.

Dehury, 44, along with his entourage, made an entry into the village in a grand SUV and took the stage.

Almost 250 men, women and children were seated on tarpaulin sheets, unaware that it was going to be a political event. A Delhi-based private research firm, Next Vision, had lured villagers with free lunch and the bargain masala packets. The event was organised in a local temple compound.

The programme began with the firm addressing the villagers on problems they had been facing such as lack of primary healthcare, dilapidated schools, and shortage of street lights, among others. Every issue was shortlisted after weeks of survey in the village itself, of which none of the residents had any clue.

When music moves mountains and builds temples in Pakistan

A Day With A Manual Scavenger


Sitting next to Dehury, Rajendra Parida, executive director of Next Vision, a private firm, began with a brief introduction.

“The discounted packets of spices and the street lights that you see in the village have all been possible because of Tripura Dehury. He has helped us with the finances and encouraged us to work in your area. If you want more development in the village, you will have to support him,” said Parida, setting the tone before handing over the microphone to Dehury amid loud claps.

Dehury spoke exactly what Next Vision had briefed him about, with an underlying pitch for votes.

“I have been traveling to every village in the district to understand the problems of my people. I will help you clean your ponds, ensure electricity, station a fully functioning primary healthcare service and improve the standards of education,” he promised.

A peek into Dehury’s modus operandi divulges a unique combination of marketing, data mining and micro-messaging. His operations reveal that even in remote villages, with low or no Internet penetration, a complex blend of human and artificial intelligence is being harnessed to influence voters.

THE CONNECTION BETWEEN MASALA PACKETS AND POLLS

Dehury, with the aim to win in the 2019 state elections, hired Next Vision earlier this year.

A step-by-step guide of how Next Vision operates explains why:

The firm first approaches an FMCG company in Odisha. They strike a deal in which the company would help them increase their sales exponentially through door-to-door vending of their products at discounted rates in villages.

Next, the firm transports these products to rural areas it wishes to operate in. Here, they hire a dozen villagers and give them just two tasks. One, to go to each household and provide a discounted packet, and two, get names and phone numbers in return for the packets sold.

In the process, the firm ends up collecting thousands of phone numbers. The contact details are sent to a back-end team in Bhubaneswar which are then used to enquire about challenges that the villagers have been facing and require attention.

Once the most prominent and serious problem in a particular village is identified, the firm approaches all political candidates in the area, promising spike in popularity, translating into votes, if a partnership is struck with the company.

After the deal with a candidate materialises, the firm revisits these villages and solves the problem, say installing street lights.

Having done that, it then calls for a village gathering, or gram sabha, where the political candidate is introduced for the first time and the entire credit for free and discounted products along with new street lights is transferred to the hard work and initiatives by the aspirant.

Next Vision carried out the same process in nine districts of Odisha through political candidates.


In Baramba, along with Dehury’s introduction to the villagers, discount coupons were distributed. The last page of this booklet had his face printed on it with a small description. By the time lunch was served, the entire conversation focused on Dehury.

The discount coupons and the promises seem to have worked on the unsuspecting villagers.

“I voted for (the ruling) Biju Janata Dal last year. However, if Dehury has installed street lights in my village and is working for our development, why will I not vote for him,” said one of the villagers present at the event.

“Dehury is helping us with masala packets and is regularly making phone calls to enquire about village issues. At the same time, I have not seen the standing MLA in the village in a long time. Given the current scenario, I will vote for him,” said another resident.

COLLECTING DATA: GETTING INTO HOUSES

The event in Baramba was the final leg of a plan.

To kick off, the first task that Next Vision had was to devise a plan to approach villagers while collecting data. The firm also had to find ways to generate revenue. In order to do that, they approached Swadist, an FMCG company that sells packaged spices, based out of Cuttack. Swadist at the time was still struggling to find a foothold in the retail market with established players having larger shares of the pie.

The firm pitched that it would help in selling one lakh packets of spices in a stipulated period of time. There were, however, two conditions. One, Swadist would have to sell its produce at half the retail price—a little over the manufacturing cost—to the firm, and two, it would have to pay an additional amount as payment for promotions. Both conditions were accepted. 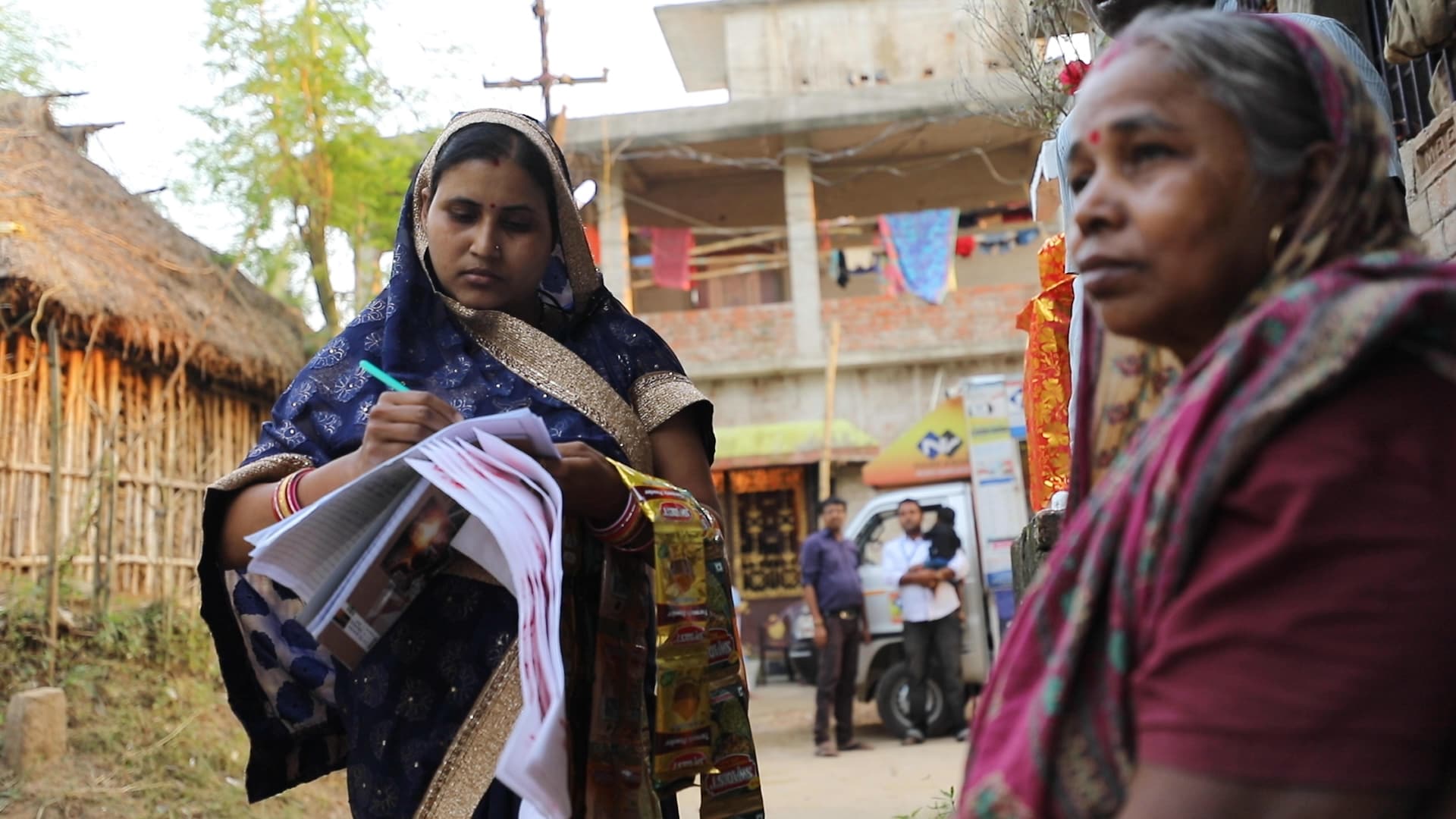 Name and phone number of a villager being collected after a discounted packet of spice has been provided. (Photo: Rounak Kumar Gunjan)

The additional amount received was then used to transport the packets to Patkura, an Assembly constituency in Kendrapara, approximately 100 kilometres from Bhubaneswar. Here, the firm also hired almost a dozen villagers who were asked to go to each household and sell the packets at 30 per cent discount and collect phone numbers and names of the residents.

“Had we simply gone to ask for phone numbers and names, nobody would have given them to us. We sell the packets and then ask for phone numbers. We tell them that it is mandatory if they want a discounted packet next time and that Next Vision's back-end team will call them for feedback. Each of us cover almost 70 houses in a day,” said Sagarika Lenka, an employee of the firm and resident of the same village.

Though the employees had taken up the laborious task of collecting phone numbers of every villager, they had no clue about how this was being used.

But the villagers didn’t mind sharing their phone numbers either.

“The spice packets these volunteers provide us are at 30 per cent discount. We obviously prefer buying from them. We don't mind providing numbers in return, for feedback purposes. Also, we know them, they are from our village,” said a local resident.

All of these numbers were sent to a back-end team stationed in Bhubaneswar.

The same exercise was underway across several districts on a daily basis. Thousands of phone numbers were being collected from all these villages.

Using the phone numbers that were collected, the back-end team in Bhubaneswar called up villagers in Talcher, almost 125 kilometres away. The initial set of questions was restricted to the quality of the packet of spice delivered.

“How was the spice that you used? Would you want to buy the same brand again? Did you find it significantly cheaper?” read a Next Vison employee from a pre-decided questionnaire. She was part of the five-member back-end team stationed in Bhubaneswar.

After enquiring about the brand, the questions then moved to major public issues that the villagers had been facing. They were also indirectly quizzed about their political preferences. “What is the one big issue that you have been facing? How often have you seen the current MLA in your village? Do you think there is a need for a new MLA? If yes who can it be?” read the same employee.

Once most of the villagers were reached out to, the team prepared a report where lack of street lights emerged as the most glaring problem. Along with this, the report also recorded popularity of each political candidate in the area.

The report was then presented to all aspiring politicians in the district. The firm promised an increase in popularity which would then translate into votes. An official in the firm informed, on condition of anonymity, that once a deal was struck, the political prospect paid Rs 10 lakh to the firm for an entire quarter.

Immediately after this, the firm returned to the same constituency and installed 40 street lights throughout the village in full public view. 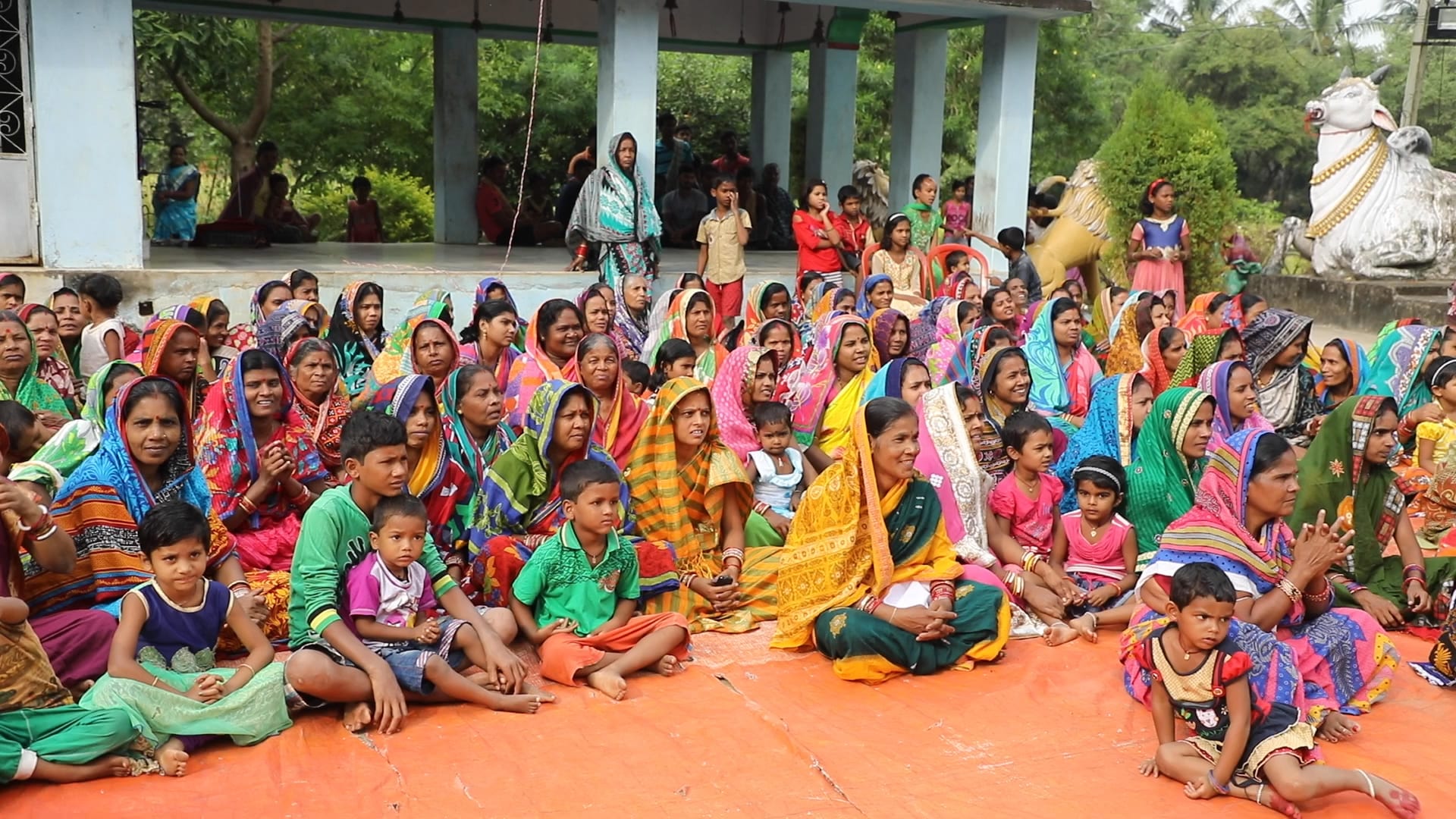 Villagers listening to the political candidate in Baramba. The gathering is the final stage of the plan, known as gram sabha. (Photo: Rounak Kumar Gunjan)

“It is always better to address public problems rather than putting up boards and hoardings. Spending the money in the right areas where you can gather as much crowd and do something that stays in public memory will obviously affect votes,” said Bharat Sardana, chief executive officer of Next Vision.

One of the political clients of the firm explained to News18 why he hired Next Vision. “They are working in many districts across the state. The firm does door-to-door campaigning which will definitely help me make electoral gains,” he said.

Back in Baramba, content with a good meal, the villagers went back home with cotton bags full of masala packets. The bags had Dehury’s picture imprinted on them. Talk about face value!

Produced by — Sheikh Saaliq
Illustration — Mir Suhail
More News18 Immersives
Mother, They Are Not Counting The Smallest Coffins
#WhoCleansYourShit — A day with a manual scavenge
River Ganga, Between Faith and Filth