The frosty winds have transcended the fabled world of Westeros. While Jaime Lannister has left his sister’s side for good — what with all the spite and stealthy planning to defeat the Northern forces as opposed to allying with them — winter has made its way South. But closer home, Rashi Goil is too occupied to chill.

Somewhere in Noida, the fourth-generation overseer and partner at RS Windlass, stands next to Jon Snow (aka Aegon Targaryen)’s illustrious wintry kit. The oversized cape rests on the 998th Lord Commander’s ensemble that looks battle-ready to take on the White Walkers, wights and the wildlings. The prominent Valyrian steel sword Longclaw — with a white wolf at its pommel — props loyally. Next to it, beloved Ned Stark’s leather doublet stands on display.

Perfectly nuanced and intricate, these famed costumes are manufactured in the garment factory of RS Windlass and Sons. On a windy afternoon, we catch up with Goil, who takes us on a tour of the Live Action Role Play (LARP) unit that attained landslide recognition for manufacturing the official merchandise and licensed replica for the globally-acclaimed show Game of Thrones (GoT) — besides having collaborated with other major Hollywood productions and film franchises like the Harry Potter series, the Star Wars trilogy and the 300 films, to name a few. 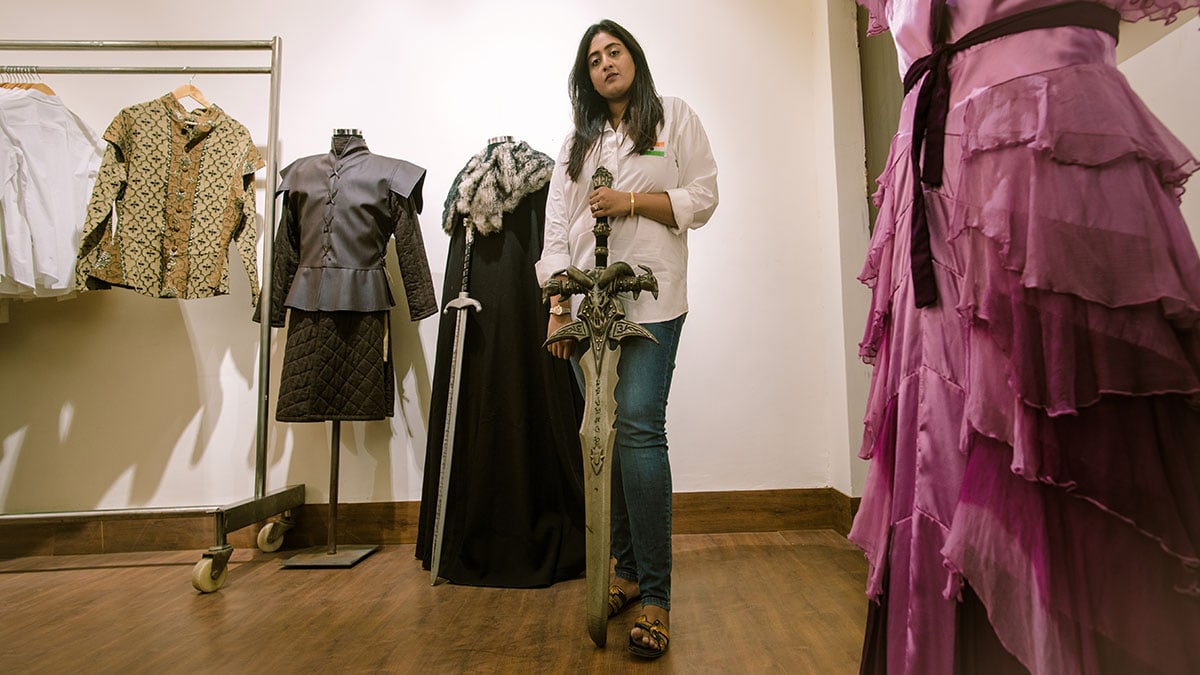 “It all started in the 1940s when our company — which was then a small unit — manufactured khukris for the British Gurkha regiment. Over the years, we became one of the largest sword producers in the world. We manufacture ceremonial swords for the militaries around the world; that is the weaponry part of it. In the 1990s, we saw a growing scope for period garments, especially in the US and Europe. Since there was a gap in the market, we entered the scene and gradually forayed into Hollywood,” says Goil.

The company has a sister concern in Atlanta, USA that helps procure licenses from different production houses for different movies and shows. 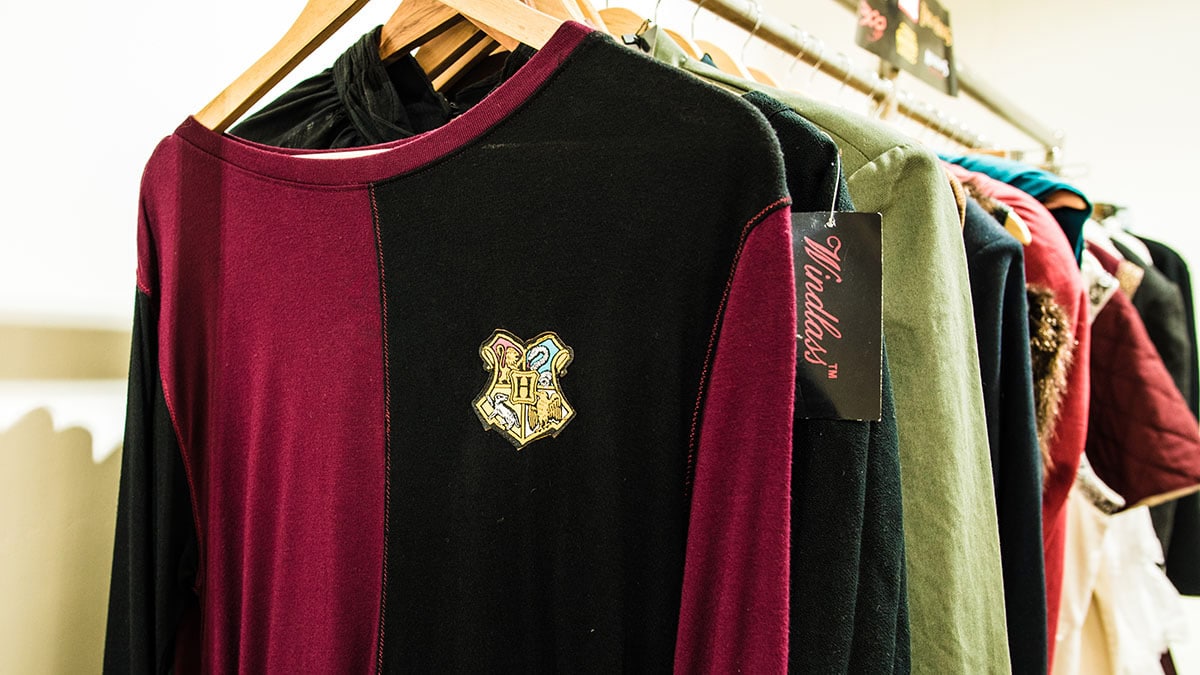 The tee shirt Harry wore in Goblet of Fire: a pure nirvana for all the JK Rowling-fanverse geeks out there. There is extensive manual labour that goes into the making of LARP garments. The work is elaborate — divided between machines and hands. Most of the products that are made by machines are finished by hands. They have to be methodically checked, before they are circulated in the markets abroad, explains Goil.

Seen in the picture (above), is the sampling unit wherein a skilled worker scissors his way into a complicated pattern that will decide how the fabric is going to be cut and stitched. The sample is then sent to the production unit where large-scale hemming actually takes place. 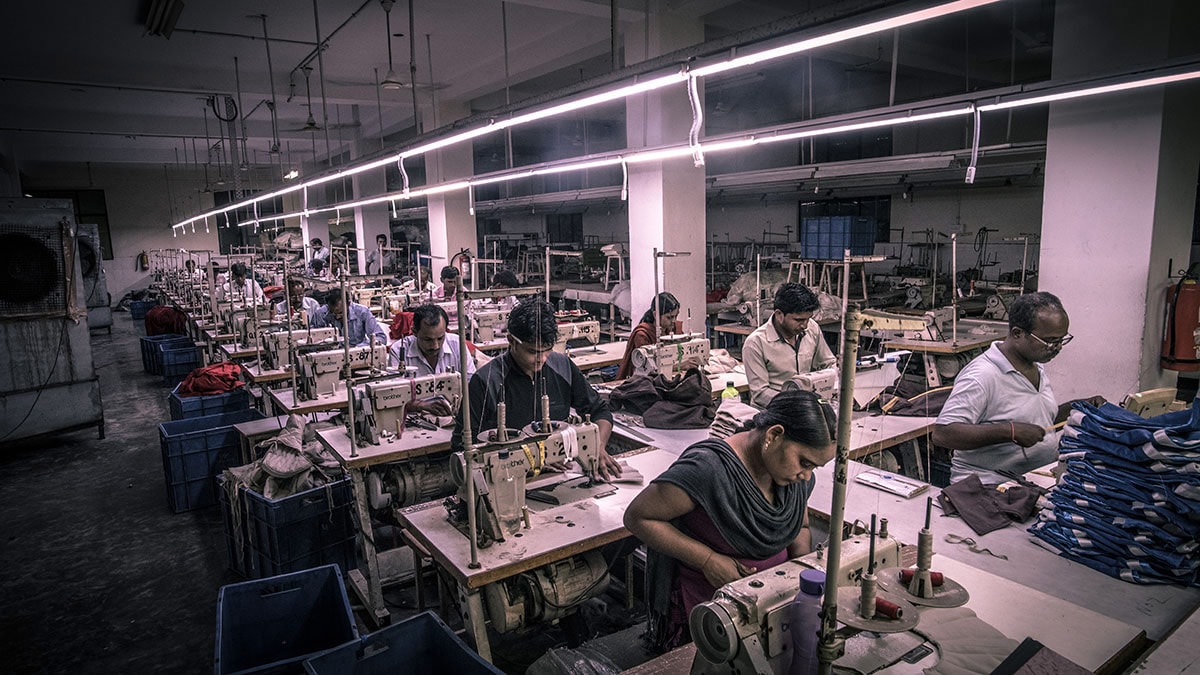 RS Windlass has employed nearly 150 workers in its garment factory. In the production unit, workers make the final slit once the pattern is ready. Ahead of Halloween, they sit engrossed, making neat fabric cuts for fan-fiction nerds around the world. The cloth has to be of the same material as worn by actors in the shows and films. Since they do not have a market in India, most of the produce is exported. Before they are packaged, they are manually cleaned and checked. In the finishing unit, heavy fabrics fresh off the machines are washed and dried before they are boxed up. The factory also manufactures Victorian-era garments; seen above is one such accessory. 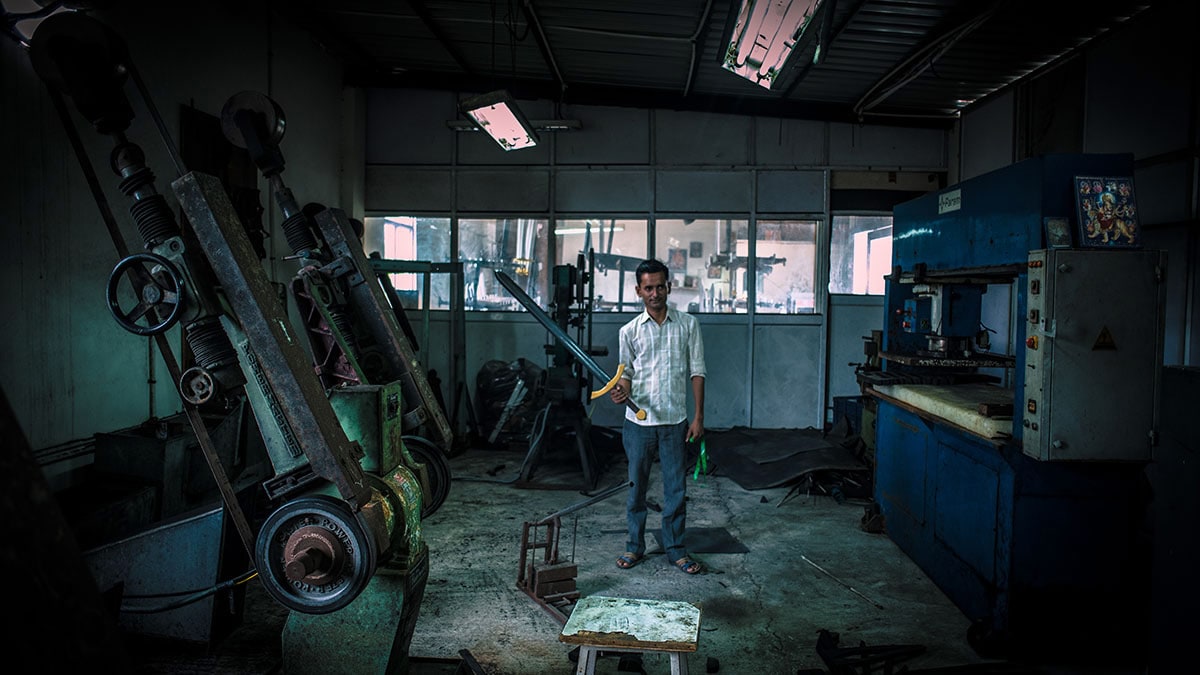 LARP is really incomplete without armaments. While RS Windlass’ Dehradun factory manufactures the real weapons, the Noida unit deals with foam replicas. Jon Snow’s Valyrian steel sword, therefore, is a facsimile made of special foam. One wouldn’t tell them apart — given the lacquer finishing that gives the metallic look.

The LARP weapons are made, painted and dried in the factory, before they are carefully packed for their journey overseas.