At Mahapanchayats, Jat and Muslim leaders are erasing the past and giving peace a chance.

Muzaffarnagar: After the Uttar Pradesh Assembly elections last year, Vipin Singh Balyan from Kutba village in western UP’s Muzaffarnagar took a radical decision. Fifty-three Jat youths from his village were implicated in nine separate cases of violence, including murder, in 2013, when communal riots ripped through Muzaffarnagar. He would go to the Muslim victims and beg forgiveness on behalf of Jats.

On the morning of September 8, 2013, communal violence had spread to Kutba and a group of local youths had killed eight Muslims. Scared for their lives, Muslims fled the village and settled in nearby Bara Basti, a cluster of 12 Muslim-dominated villages.

“I decided to go to the house of one Akhtar Hassan, who had great standing among Kutba’s Muslims. I told him I was there to ask for forgiveness. The first time I went there, the Muslims gathered around and started abusing me for what Jats had done to their families. I neither reacted nor tried to defend myself. I left my Jat ego at the door and listened to everything they had to say,” says Balyan.

The first meeting with Akhtar was a failure. Balyan went again, only to be turned down once more. When the third visit, too, yielded no possibility of a “settlement”, Balyan says he was beginning to lose hope. But then, something unexpected happened.

“After the third meeting, I went home dejected. That very evening, Akhtar called me. He said that a Muslim girl from Kutba was being bothered by local Muslim lads from Bara Basti. He sought help from Jats to put pressure on the police to arrest those miscreants. As their former landlords, Jats thought it was their duty to help a daughter of Kutba, even if she was Muslim. We surrounded the police station and the cops were forced to arrest the accused.”

That incident helped break the ice and gave Balyan and company the chance to move forward with their “peace process”. But it was important to first win back the Muslims’ trust. The culprits of Kutba were Jats, but the Jats of Kakra village had lost their sons at the hands of Muslim rioters from nearby Pur Balyan village. So the Jats of Kutba took a decision. They would first get cases against Muslims withdrawn. Chaudhary Shakir Ali is the former pradhan of Pur Balyan village. On September 7, 2013, a group of Jats were passing through the mosque in Pur Balyan when they were killed by a Muslim mob.

Shakir Ali, a local landlord, was accused of instigating the violence. “We have centuries-old relations with Jats. But since the riots, I had stopped getting wedding invitations from Hindu households. Sometime during Ramzan last year, during the sehri, Jats from Kutba came to my house and had breakfast with us. Vipin bhai told us that he wanted a settlement of all riot-related cases. That came as a godsend for us. We were willing to fold our hands in front of the Jats of Kakra and beg for forgiveness. And if that helped the Jat boys from Kutba, it would be even better.”

So it was decided. Fifty-three Jat boys from Kutba and 27 Muslims from Pur Balyan were accused of rioting. The two communities would come together to forgive all of them for their “crimes of passion”. After months of negotiations with the victims — the Kutba Muslims who now lived in Bara Basti and the Jats of Kakra — it was decided that a ‘Mahapanchayat’ would be held. Two ‘Mahapanchayats’ were held. But the Muslims had one condition.

“They told us that if there was even a hint of involvement of the BJP, which they blame for the riots, any chance of a settlement would be off the table,” says Vipin, adding, “We agreed to that demand and did not invite any BJP leaders to the Mahapanchayat.”

It complicated matters slightly since Kutba’s twin village Kutbi is the home of BJP MP and former Union minister Sanjeev Balyan. But the Jats did not waver from their promise. The BJP was cut out from the peace settlement. The first two Mahapanchayats, one held at Mulayam Singh Yadav’s residence in Delhi and the other one in Muzaffarnagar city, were positive in their tone and tenor, but a settlement had not been reached. The victims wanted to forgive and move on, but the scars of the Muzaffarnagar riots were still fresh. It was the third Panchayat in Bara Basti on February 4, 2018, where they made serious headway.

Sohanvir Balyan, a Jat from Kakra, says, “Our Jat sons had been killed and yet, we went to the Mahapanchayat in Bara Basti. Some Right-wing groups refer to Bara Basti as ‘Mini-Pakistan’ owing to its Muslim majority. But we did something radical there.”

At the Mahapanchayat, Sohanvir took the stage and asked all Jats to chant ‘Allah-O-Akbar!’ (Allah is great). He then turned to Muslims and asked them to chant ‘Har Har Mahadev!’ (Hail Lord Shiva). To Vipin Balyan’s surprise, everyone complied.

“Jats and Muslims have been friends for centuries but I have never seen something like this. I have never seen hardy Jats shout Allah-O-Akbar or seen skull cap-donning Muslims shout ‘Har Har Mahadev’,” he says.

“All of us chimed in. Har Har Mahadev is not an Islamic chant, but we still chimed in,” says Shakir Ali.

The chants set the ball rolling. Chainpal Singh, the son of a local Chaudhary, took the stage with Shakir Ali and the two begged for forgiveness on behalf of their communities. “I folded my palms and said ‘Galati te humari thi, humein maaf kar dijiye (It was our fault, please forgive us),” says Chainpal.

But what clinched the ‘peace deal’ were the pleas of village elders. 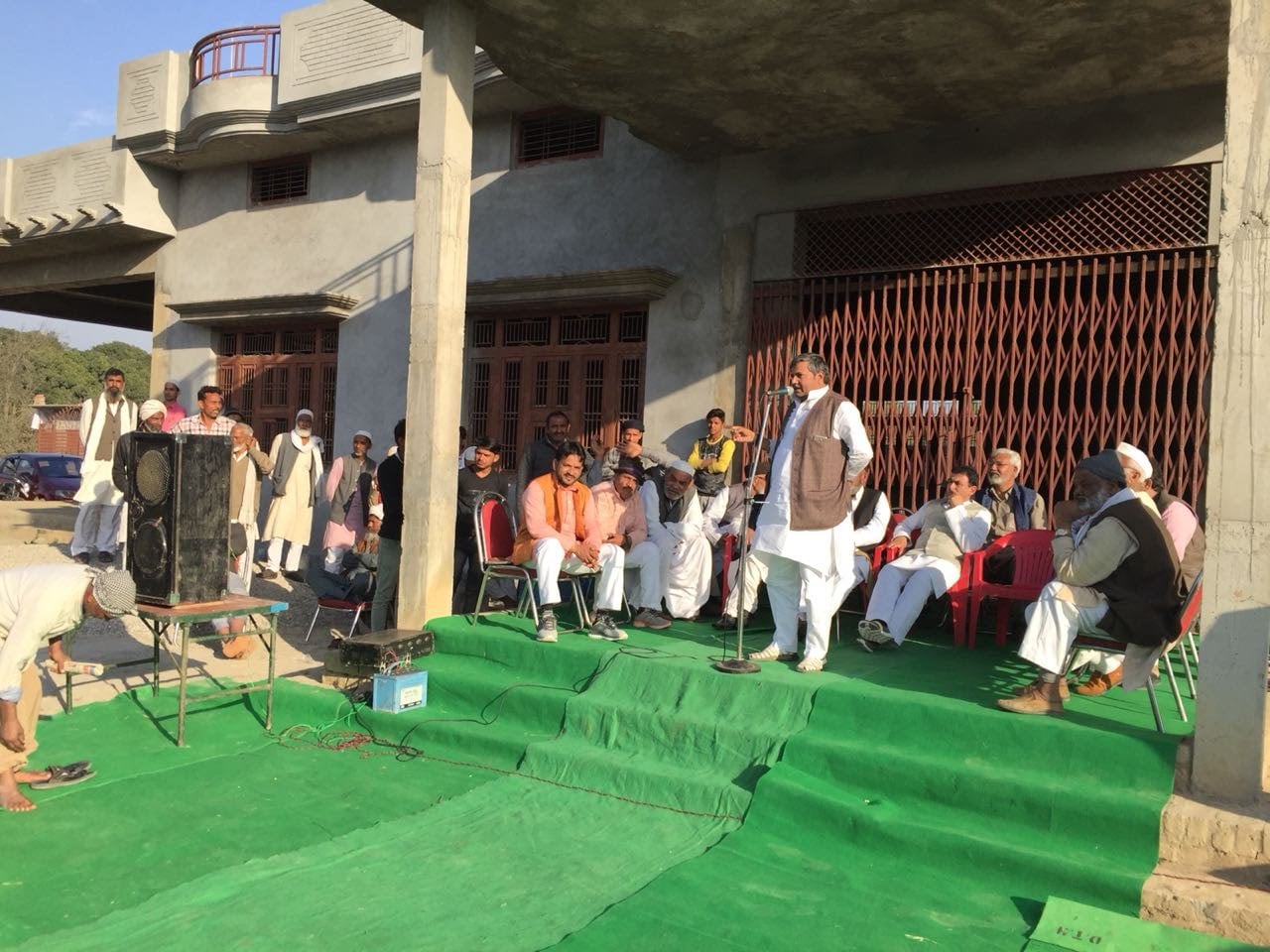 Raghubir Singh, a 90-year-old Jat from Kutba, faced Akhtar Hassan and told him that Jats held no ill-will against Muslims. “The violence was not planned or done out of some enmity. A video was being circulated on mobile phones that showed the head of a Jat being smashed by a rock. It later turned out that the video was from a Taliban camp in Afghanistan. We were fooled and we fell for it. So I begged Akhtar to forgive Jats.”

Shakir Ali had a similar story to tell. “Some BJP leaders had held a Mahapanchayat on September 7 and rumours spread that a Muslim journalist was brutally murdered after it. Some local boys got angry and things got out of hand.”

After the chants and the passionate pleas for forgiveness, Akhtar Hassan, who lost many friends in Kutba, “forgave” the Jats of his village. “I took the families of the victims, all of whom were my friends, into confidence and together, we forgave the Jats of our village. The cases are still going on in the courts but we don’t want to exact any revenge,” he tells News18.

Shakir Ali says, pointing to 40-year-old Assaduddin, “Look at him! He is handicapped and the police said he had murdered someone! Several people, from both sides, were falsely implicated in the riots. Now, they can move on with their lives.”

While these Mahapanchayats were helping Jats and Muslims move towards a resolution, it ruffled feathers within the BJP. Former Union minister and Muzaffarnagar MP Sanjeev Balyan met UP Chief Minister Yogi Adityanath on Monday in Lucknow, along with BJP MLA Sangeet Som and farmer leader Naresh Tikait. He demanded that several cases of arson should be quashed. The leaders claimed that out of 502 cases, around 400 cases were of arson and were mostly bogus just to get the compensation.

As per reports, CM Yogi has assured the leaders of all possible help in this regard after proper consultation. A few days ago, the Yogi government had announced its decision to withdraw 20,000 cases, which were “politically motivated”. 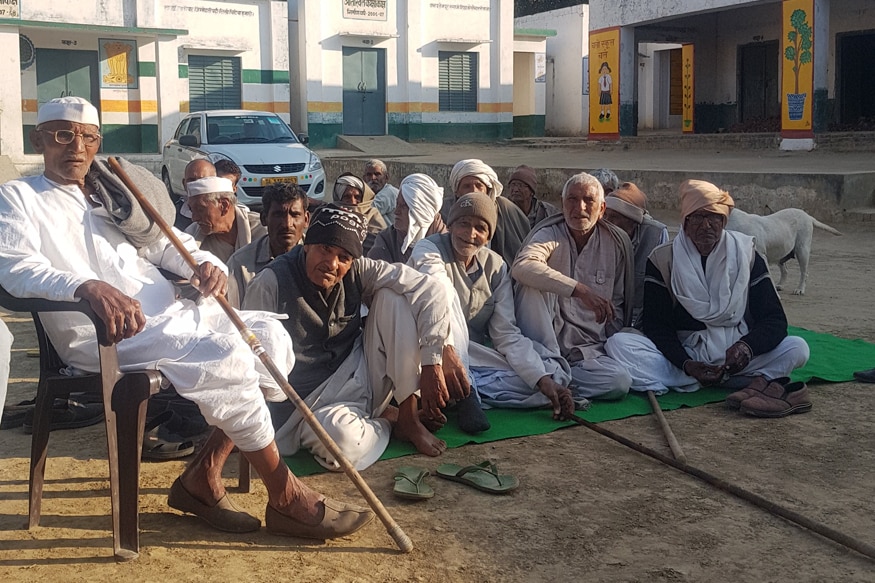 According to local Jats, Sanjeev Balyan’s decision to take Naresh Tikait with him to Lucknow has political significance. As the ‘Chaudhary’ of the Balyan Khap, which dictates social life in 84 Jat villages of Muzaffarnagar, Tikait is essentially Jat royalty. Moreover, he is the son of iconic farmer leader Mahinder Singh Tikait.

A Jat activist from Muzaffarnagar says, “When we met Tikait sahib, we told him that he had been used by Sanjeev Balyan for political ends. When he (Sanjeev Balyan) goes to the CM with the leader of the Balyan Khap, it appears as though all Jats are with him. His position in the BJP gets strengthened.”

Unperturbed by the BJP’s attempts to champion riot-accused Jats, Vipin Balyan says his Mahapanchayats will continue. “We have already resolved the conflicts in Kutba, Kakra and Pur Balyan. Now we will hold similar Mahapanchayats for the Jats and Muslims of Lishar, Fugana, Lakh, Mohammadpur Raisingh and Kawal villages. Jats and Muslims are, once again, united. The days of Baba Tikait (Mahinder Singh Tikait) are back.”

While Muslims who fled their village do not plan to return to live here, signs of communal healing are already visible. “One boy was an ironsmith in our village. A few months ago, he came back to set up his shop, even though he continues to live 5 km away in Bara Basti. We welcomed him with open arms and he was followed by Muslim farm labourers, who are the backbone of Jat landlords. The wounds are healing,” says Balyan.

Shakir Ali agrees. “Recently, I held my son’s Walima (wedding reception) in the village. I had more Hindu guests than Muslims,” he says proudly.
Tags: