Annu narrated the incident on Facebook and even sent the same to GIP mall authorities and asked for a public apology.

Noida: An untoward incident at the Great India Place in Noida Sector 38A could have resulted in grievous injuries to a youngster on May 17. The incident took place at around 7:30 PM when Aditya Mehta along with his parents was in the parking area of the mall.

As it was a Sunday and due to heavy rush, Mehtas were asked to park their car in a field which is maintained by the mall authorities. After returning, they found other cars parked very close to theirs and taking the car forward was only the way out.

But no one had the idea that there was an uncovered manhole in the ground. Moreover, there was a red coloured barricade in front of their car.

But instead of paying heed to the warning and the purpose behind putting up the barricade, Yogesh Mehta, CISF commandment, asked his son to move the barricade. "As my son, who is an engineering aspirant went ahead to do that, to our utter shock he fell inside the manhole," said Annu, Aditya's mother.

Yogesh and his wife Annu tried to pull our their son but failed to do so. "We shouted for help but there was no around. As my son is over 6 feet tall and weighs around 90 kgs, we could not pull him. My son said that there was only water and no ground. We had the feeling of losing him," said Annu.

Their prayers were answered as a man came to help them and pulled out Aditya from the manhole.

Annu narrated the incident on Facebook and even sent the same to GIP mall authorities and asked for a public apology. "Senior Vice President of Business Development Pankaj Kodesia approached me but there has been no public apology from their side," said Annu.

GIB officials claim they approached Annu and regretted the incident. "We were ready for a public apology had she not behaved in this way. It's a publicity stunt. We are still ready to give her a written apology but why does she want one on Facebook," said Kodesia.

"Both the sides are at fault. The boy should not have removed the barricade and we should have put up a warning," Kodesia added.

The family has now filed a police complaint in this regard.

Mall authorities are in a tight spot as cases under IPC Sections 319, 320, 336, 337 and 338 can be registered against them which can result in a maximum of 7 years in jail, said Supreme Court advocate Nipun Saxena. 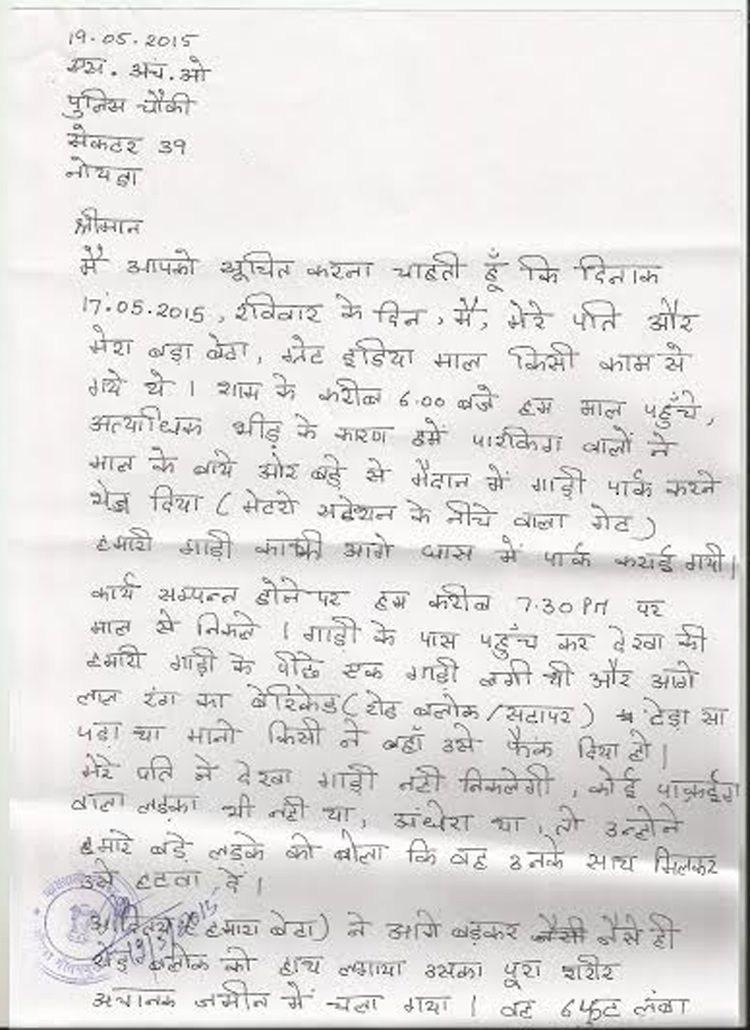