1993 Mumbai Blasts Case: 24 Years On, D-Day for Abu Salem and Six Other Accused

Debayan Roy
On March 12, 1993, Bombay was rocked by 13 explosions in different parts of the city. It resulted in 257 fatalities, and over 700 were injured. According to some news reports, the death toll was over 300 and the number of injured stood at 1,500. It is the largest coordinated terror attack to have taken place on Indian soil in terms of the number of casualties. It is also one of the most well-planned terror attacks to have been perpetrated in India apart from the 26/11 Mumbai attacks. It was also the first terror attack on Indian soil in which RDX was used as the explosive material.

Who planned the terror attack?

The attacks were planned by Dawood Ibrahim, the Pakistan-based underworld don and India's 'most wanted' fugitive, who is also listed as 'most wanted' by the US and the Interpol. Dawood was assisted in this act by Tiger Memon, who is also believed to be hiding in Pakistan. The bombings were financed by expatriate Indian smugglers based in the UAE. The Indian authorities have also pointed at the active involvement of the Pakistani intelligence agency, Inter-Services Intelligence (ISI) in the blasts. Several terrorists received training in Pakistan. Nearly all were recruited from Dubai or went to Pakistan via Dubai.

How did Mumbai police crack the case?

The entire investigation of the case happened under the supervision of Rakesh Maria, who was the then Deputy Commissioner of Police. Mumbai Police were praised for cracking the case within 48 hours. The clue was a vehicle loaded with explosives, which did not blow up. The owner of the vehicle was Rubina Memon, which soon led the police to the Memon family flat where the police found the rest of the clues and concluded that the Memons were involved in the case.

Who are the accused in June 16 verdict? 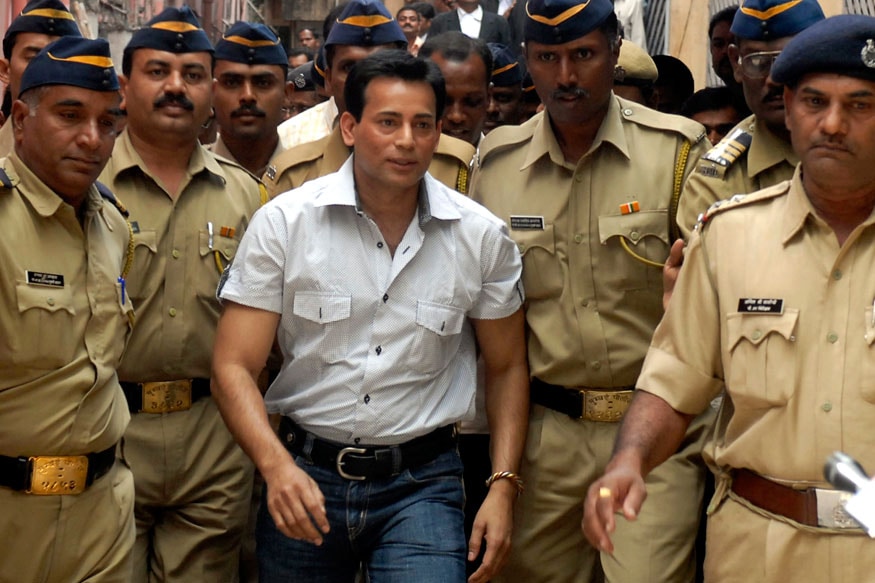 Among the seven accused in the case, Abu Salem is one of the prime accused. The others are Mustafa Dossa, Karimullah Sheikh, Tahir Merchant alias Tahir Taklya, Abdul Qayyum, Abdul Rashid Khan and Riyaz Siddiqui.

All seven were deported or arrested in the case when the trial was nearing completion, and Judge PD Kode made their trial a separate affair as the verdict in 2006 was not to be delayed further.

What are the charges against these seven accused?

Abu Salem was extradited from Portugal and was accused of transporting and distributing arms and ammunitions.

Mustafa Dossa was extradited from the United Arab Emirates (UAE). The charges against him were of landing arms and explosives, conspiracy, and sending individuals to Pakistan for training.

Tahir Merchant was charged with arranging the transportation for the other convicts to travel to Pakistan.

Abdul Qayyum was charged with delivering weapons to Sanjay Dutt.

Riyaz Siddiqui has been accused of transporting explosives in a Maruti van which was later used in the blasts.

Firoz Abdul Rashid Khan was charged of supervising the whole procedure when arms and ammunitions were transported to Mumbai.

Karimullah Sheikh was charged with smuggling arms into the country through the Shekhadi coast of Raigad district in February 1993.

What is the state of convictions till now, including Yakub Memon and Sanjay Dutt?

The primary chargesheet in the case was filed in 1994. After six years, the TADA court convicted 100 accused, including Sanjay Dutt.

Of them, 12 were awarded death sentence and 20 were sentenced to life imprisonment. There were also 29 who were acquitted.

Sanjay Dutt, who was arrested in 1993, had made many trips in and out of jail, and it was in 2006 that a TADA court sentenced him to six years in prison for illegal possession of arms and acquitted him of all terror charges. The actor was set free after he served sentence till February, 2016.

Yakub Memon had managed to flee to Pakistan along with his brother Tiger Memon and rest of the family. However, he was executed on July 30, 2015. Memon’s hanging reignited the debate over capital punishment in India.

Following the December 6 destruction of the Babri Masjid in Ayodhya by Right-wing Hindu fanatics, widespread riots gripped Mumbai. There were allegations of police colluding with rioters in which certain minority-inhabited areas were targeted. The planners thus managed to rope in disgruntled Muslim youth who travelled to Dubai and then to Pakistan to receive training. They came back to India to execute the attacks. The original plan was to attack Mumbai in April during the Shiv Jayanti celebrations, but was advanced after Gul Noor Mohammad Sheikh aka Gullu was detained at the Nav Pada police station on March 9, 1993. Gullu was one of the 19 men handpicked by Tiger Memon and sent to Pakistan via Dubai on February 19, 1993, for training the use of arms and bomb making.
Tags