Meerut, which saw its highest single-day spike with 40 cases on June 15, has the worst MR among all districts in Uttar Pradesh. As many as 60 deaths have been reported out of a total of 666 cases resulting in an alarming MR of 9.1 per cent.

Forty five percent of the total Covid-19 deaths in India (4,507 of the total 9,915) have been reported post the lockdown restrictions were lifted since June 1. Even more worryingly, the rate of growth of deaths has exceeded the rate of growth of cases since June 8. The cumulative number of deaths has gone up 1.33 times while the corresponding rise in the number of cases has been 1.29 during the past week.

This has meant that India’s Mortality Rate (MR) has actually risen from 2.78 per cent on June 8 to 2.89 per cent on June 16. A surge in the MR is a disturbing trend as a higher number of tests implies a high number of cases which usually sees a drop in the overall MR.

While India still has a low MR compared to many nations in the world, any rise would be significant in absolute terms due to the rising number of cases and its huge population. 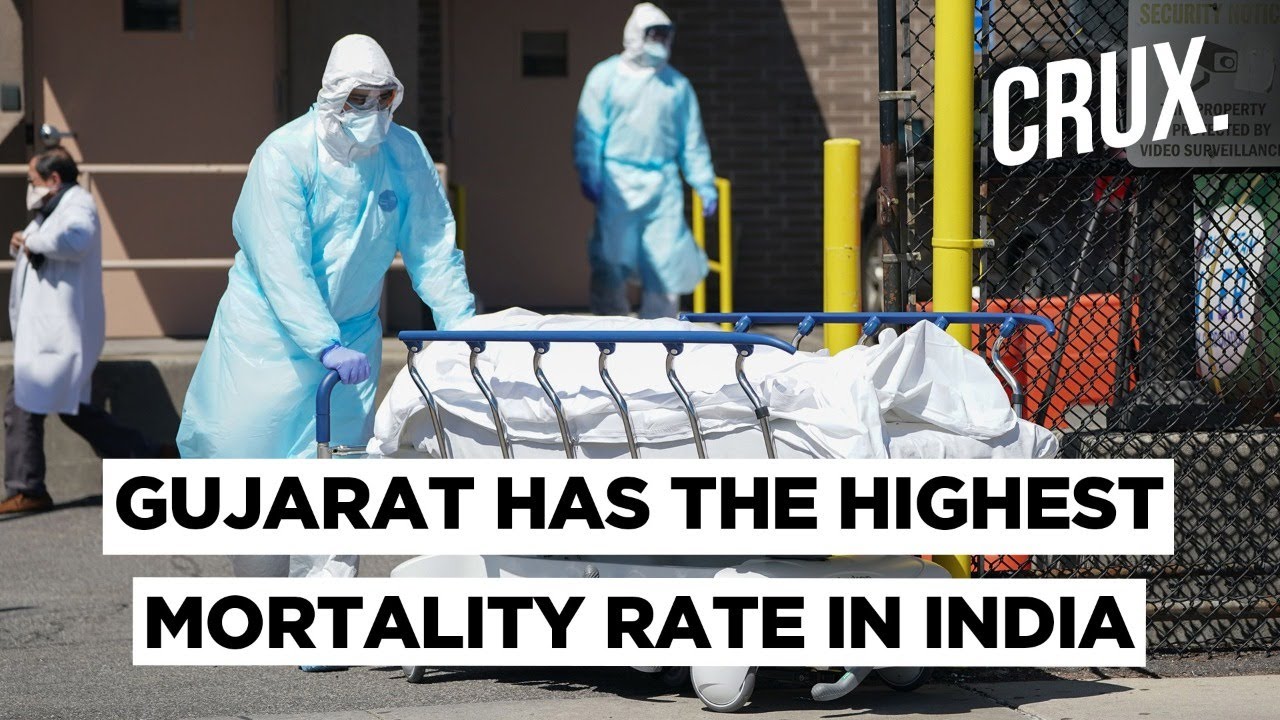 Thus, the focus of the Centre now is on keeping the Mortality to as low as possible and it has directed the states to ensure all possible efforts to do so.

Nearly 80 per cent of the total number of Covid-19 deaths in India is from 5 states — Maharashtra, Delhi, Gujarat, West Bengal and Madhya Pradesh. Moreover, there are 65 districts of India which have a MR of more than 5 per cent — 19 in Madhya Pradesh, 11 in Gujarat, 10 each in Uttar Pradesh and Maharashtra — the most severely affected.

A deeper analysis of districts from howindialives.com reveals that there are 71 districts which have reported 10 or more Covid-19 deaths in India (Note: Due to its size, we have counted Delhi as one district for this analysis). Maharashtra has the highest number of such districts at 16. 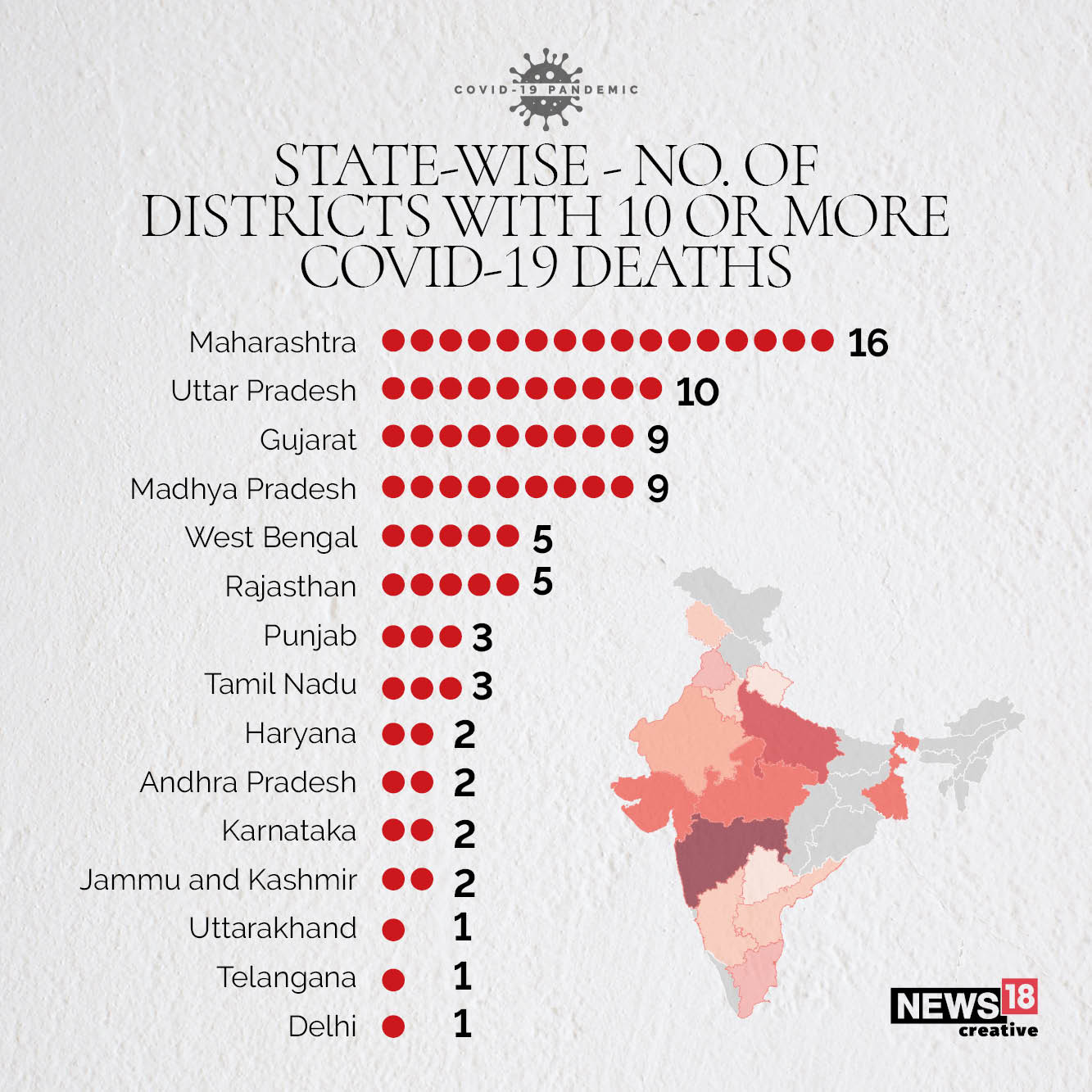 Gujarat has the highest MR in the country at 6.3 per cent. It does not come as a surprise then that as many as 5 of the 10 worst-hit districts in terms of MR (out of these 71), are from the state. Panch Mahals, a district in eastern Gujarat which comprises of five tehsils – Godhra, Dahod, Halol, Kalol and Jhalod – has the highest MR of 11.11 per cent in the country. There are 24 districts (amongst districts with 10 or more deaths) which have a MR of 5 per cent or more. Maharashtra leads the charts with 7 such districts – Jalgaon, Solapur, Dhule, Amravati, Nanded, Nashik and Aurangabad. Solapur and Aurangabad have also witnessed one of the largest surges in cases in the country with percentage rises of 68.41 per cent and 55.1 per cent in the 10 days between June 3 and 13.

Madhya Pradesh, like Gujarat has 6 such districts. Ujjain – a famous ancient city famous for its Mahakaleshwar Temple, has the highest MR of 9.4% in the state. The district has reported 64 deaths out of a total of 681 cases! Other districts include Burhanpur, Sagar, West Nimar, East Nimar and Dewas.


Interestingly, the three major cities of the state – Indore, Bhopal and Jabalpur – are not on this list as they all have a MR of less than 5 per cent.

Meerut, which saw its highest single-day spike with 40 cases on June 15, has the worst MR among all districts in Uttar Pradesh. As many as 60 deaths have been reported out of a total of 666 cases resulting in an alarming MR of 9.1 per cent. Agra (6.26 per cent) and Aligarh (5.79 per cent) are two other important districts in the state with a MR of above 5 per cent.

Kolkata has the highest MR among all metro/city districts of India. At 7.75 per cent (297 deaths out of 3833 cases) it is disturbingly high even as the city registered a 77 per cent increase in the number of cases in the first 15 days of June.

The Pink City of Jaipur is the only district of Rajasthan with a MR of over 5 per cent.

A combination of the Number of Cases and Mortality Rate shows that Mumbai is the worst affected Covid-19 district among the 71 analyzed in the country. We rank the most severely hit 20 districts in India as a percentage of Mumbai, which we mark as 100. 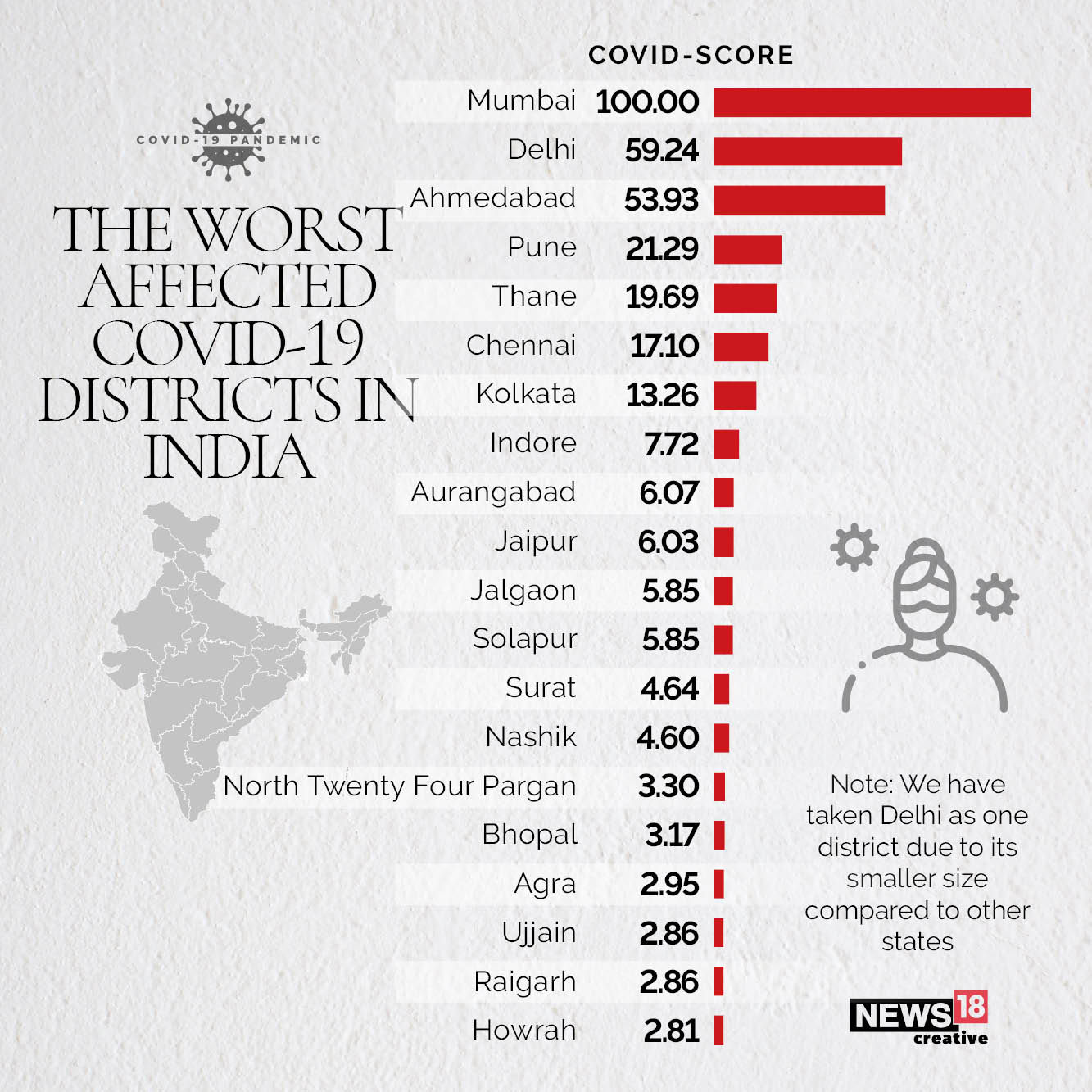 As the cases surge, the challenge for India is to contain the number of deaths – for it is the only number which matters. While efforts must be made to control the spread, the focus should be on saving lives and getting the Mortality Rate again on the downward curve.