50 Years & Counting: These Unsung 1971 War Heroes Don't Want Any Recognition But It's Time They Got It

In the December of 1971, GR Chowdhary, Kishan Dhan, Parbat Singh and Nakhat Singh brought the Pakistani forces to their knees in Salmsar and Pinjore posts. Fifty years later, their story is finally being told.

War hero Bhairon Singh Rathore, retired head constable of the BSF, gained popular recognition decades after the 1971 war following his portrayal in Bollywood. But other unsung heroes from the Border Security Force, now in the sunset years of their lives, are waiting to be recognised for their contribution in the 1971 war.

Deputy Commandant GR Chowdhary (Retd) is 78 now, but remembers the December of 1971 vividly. “On December 4, 1971, we got orders to provide artillery support to 13 grenadiers at the Gajjewala post. For the next three days, we readied arms and ammunition. We had four 3.7 howitzer guns then. We had to take them on top of the international border pillars,” he recounts.

“We dismantled our guns and, in the dead of night, carried them on camel and human backs to Salamsar post of Pakistan. By the first light of the seventh morning, we had reached 4km short of Salmsar. The late Kalyan Singh Bhatti, my gun position officer, PG Commander KK Verma and I fired the first rounds at Salmsar and destroyed it completely." 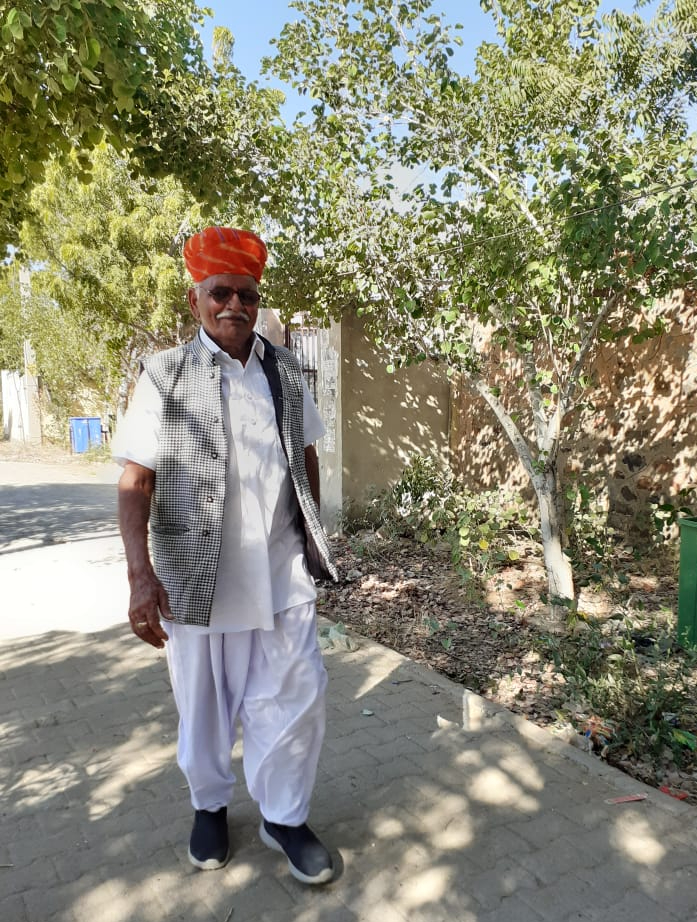 Asked if the lack of popular recognition for the contributions of his unit — 5 and 6 PGA (Post Group Arti) – bothers him, Chowdhary says philosophically, “I have always believed in karam karo. Don’t be greedy for recognition.”

Also with Chowdhary in the operation were gunners Arjun Das and Nakhat Singh, and gun layer Kishan Dhan.

1971 war heroes at the at the BSF Artillery golden jubilee celebrations. (Special Arrangement)

1971 war heroes at the at the BSF Artillery golden jubilee celebrations. (Special Arrangement)

While Kishan Dhan from Jodhpur taught Pakistan a lesson in Bikaner, his namesake from Jaisalmer had a few lessons of his own to teach in Gujarat.

Now 75, the latter of 4PGA not only captured the Pakistani post of Pinjore in the Rann of Kutch area, but also occupied it for one-and-half years. Kishan Dhan says the area of Bhuj and Kutch was assigned to the BSF.

“Madras Regiment came later, but by then, we had blown off Pakistani posts. They barely put up a fight. We went from post to post between December 3 and 16, and then, after destroying Pinjore, created a new post which we held for one-and-a-half years. When the Shimla accord was signed, we were told to vacate Pakistani territory which we were holding since December 1971 and return to our side of the pillar," Kishan Dhan tells News18.

Dhan received a Paschim Star and a Sangram medal like all others who fought in the 1971 war. “I never thought that I should get extra recognition. I was doing my duty for the country," he says, but adds that his only wish is employment for his three unemployed sons, two of whom are graduates. Regiment Commander Satyender Singh of the Jaisalmer BSF Artillery say the role of these BSF heroes in the 1971 war was unearthed during a research project initiated recently.

“Research work been instituted for accounting of the history of BSF Artillery, which participated in the 1971 war. This research work is based on the war dispatches of the BSF personnel who participated in the 1971 war. Head constable Kishan Dhan, former sub-inspector Parbat Singh, former head constable gunner Nakhat Singh and then deputy commandant gunner GR Chowdhary. They are now in their 80s and live source material for these war dispatches," says Singh.

While Bhairon Singh, played by actor Suniel Shetty in the 1997 movie Border, was honoured at the BSF Raising Day Parade at Jaisalmer and got an audience with Union Home Minister Amit Shah, other heroes like GR Chowdhary, Kishan Dhan, Parbat Singh and Nakhat Singh have been waiting 50 years to be recognised.