New Delhi: At least seven people died and 30 were injured on Sunday after the Delhi-bound Seemanchal Express derailed in Vaishali district of Bihar, about 30km away from state capital Patna.

The injured were rushed to a hospital , where the doctors referred the seriously wounded to Muzaffarpur and Patna. Teams of doctors have also rushed from Sonepur and Barauni to the accident site, officials said. 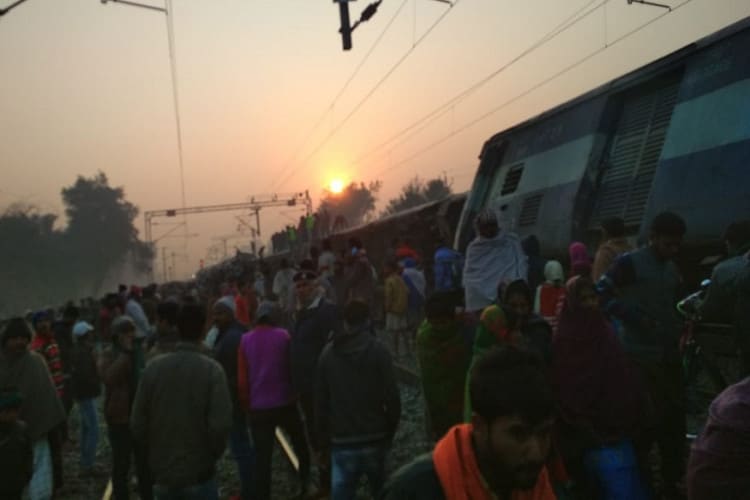 Three coaches overturned and have been completely damaged. Locals rushed to the accident site to help in the rescue operations.

"As of now, it is not clear whether the derailment of the 12487 Jogbani-Anand Vihar Seemanchal Express was caused by a human error or a technical fault. This would be investigated once the rescue operations are complete and the affected Barauni-Bachhwara-Hajipur single line gets cleared," he said.

“Prima facie it appears that rail fracture was the cause of the accident,” he added.

Bihar Chief Minister Nitish Kumar, who expressed deep condolences over the deaths, said, "The district magistrate and the superintendent of police have rushed to the spot and are overseeing the relief work in coordination with the Railways."

The unaffected 12 coaches of the train are being moved to Hajipur, where additional coaches will be attached and the train will move for Delhi, officials said.