India said Pakistan's patronage to terror entities has been exposed once again with PM Khan referring to slain Al-Qaeda chief Osama bin Laden as a "martyr" in the Pakistan National Assembly.

A verbal duel broke out between India and Pakistan at the virtual UN Counter Terror week discussions. As Pakistan tried to raise the issue of Kashmir, India told off Pakistan by reminding it to first "look inward and live up to its commitments and abandon its divisionary tactics."

India came down heavily by highlighting Pakistan's terror track record in the intervention made on July 7 during the closed session titled - “The global scourge of terrorism: Assessment of high risk threats and trends including the rise of violent extremism and hate speech in a pandemic environment.”

India said that while the world was coming together to battle the pandemic, it was "unfortunate that Pakistan, a state which sponsors cross border terrorism, continues to use every opportunity to peddle false narratives and make baseless, malicious and egregious allegations against India."

This came after Pakistan's permanent representative to UN Munir Akram alleged that Pakistan was "the victim of terrorist attacks mounted by organisations sponsored and financed by India and its collaborators." 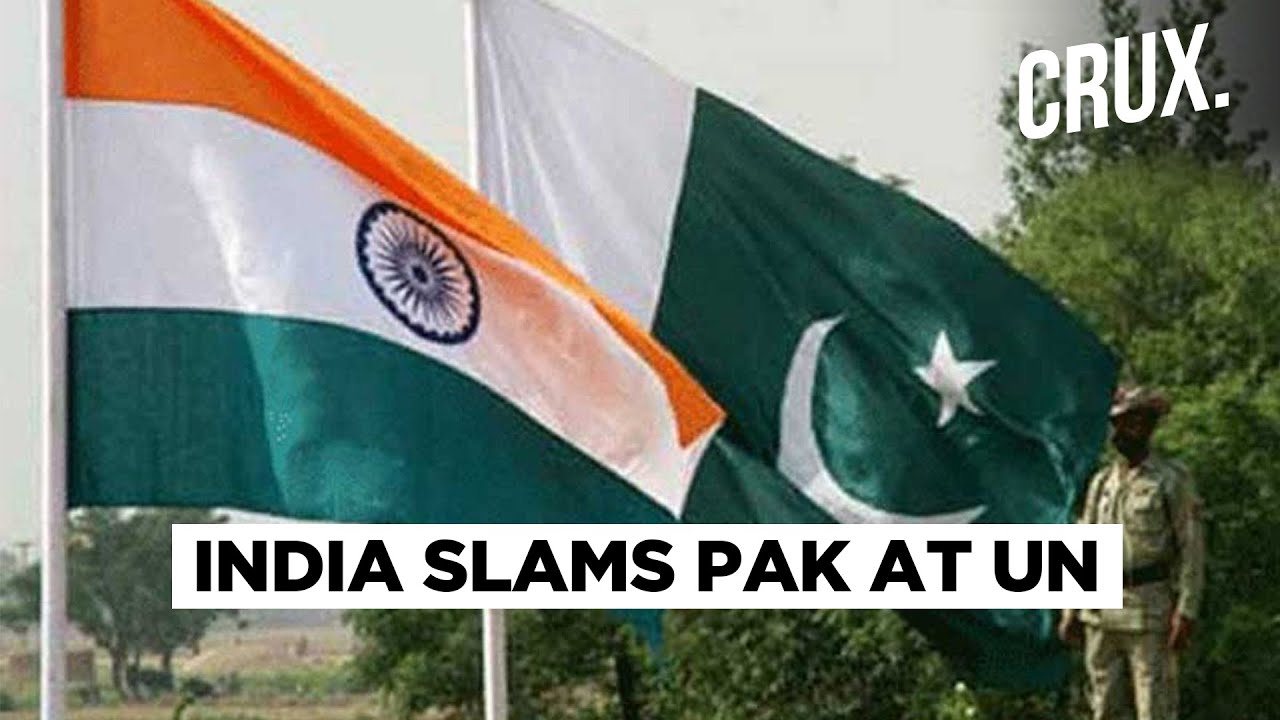 India reminded Pakistan that their Prime Minister Imran Khan had publicly acknowledged to the presence of up to 40,000 terrorists in Pakistan. It added that recently, Analytical Support and Sanctions Monitoring Team of the UN Security Council, reported that around 6,500 Pakistani terrorists belonging to LeT and JeM are operating in Afghanistan.

India said Pakistan's patronage to terror entities has been exposed once again with PM Khan referring to slain Al-Qaeda chief Osama bin Laden as a "martyr" in the Pakistan National Assembly.

Munir Akram also said and later tweeted that "Indian state terrorism relies on portraying freedom struggle of oppressed people of IOJK as terrorism." To this, India came back with a sharp rebuttal that Pakistan was "seeking to portray its military, financial, logistical support to cross border terrorism against India as a freedom struggle."

India added that the increased presence of people online and on social media has been targeted by terrorists to disseminate misinformation through hate speeches, fake news and doctored videos. The intent has been to entice and establish links with vulnerable individuals and recruit them in their cadres.

The India delegation was led by Joint Secretary (Counter Terror) in the Ministry of External Affairs, Mahaveer Singhvi.