A Village in Odisha Bans Alcohol After Incident of Sexual Harassment

Through a de-addiction campaign led by youth and the women of the village, Dharambandha in Odisha has taken a historic decision to ban alcohol and impose heavy fines on its sale, production and consumption

In mid-September this year, a group of women from Dharambandha village — situated in the Sadar block of Odisha’s Nuapada district — went for a bath in the village canal. Nearby, a shop was serving and selling liquor to some men. Soon, under the influence of alcohol, these men proceeded to molest the women. When the women protested, the drunkards started abusing them.

Although no official complaint was registered with the police, the village’s youth decided to eradicate this problem from its roots. They started an alcohol de-addiction campaign in Dharambandha.

“I was present during the [molestation] incident that took place near the canal. I had been protesting against the sale of liquor there. However, no one agreed. But after the incident, a meeting was held in which all the women of the village participated, and the decision to ban liquor was taken," said villager Padma Dewangan.

In several Indian states, the demand for liquor prohibition has been raised from time to time. Complete liquor prohibition is in force in Gujarat, Bihar, Mizoram and Nagaland. However, it’s no secret that alcohol consumption continues to plague many places in these states through the black market or illicit liquor production.

Andhra Pradesh and Haryana were the states that completely prohibit alcohol in the mid-90s but it was restored in 1997 and 1998, respectively. In Chhattisgarh, the Congress government’s promise to ban liquor remains unfulfilled even after two and a half years. 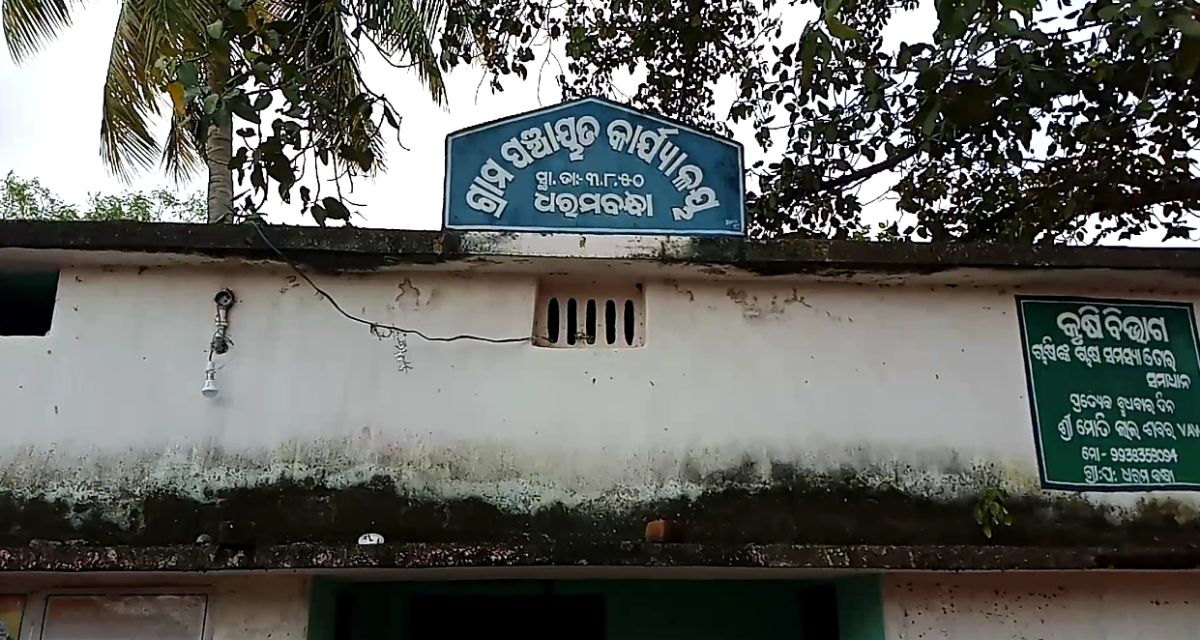 The panchayat office at Dharambandha (Screengrab from video by Darshan Sharma)

In Odisha, following the May 1992 event in Cuttack in which more than 200 people died and 600 people were hospitalised after drinking spurious liquor, the state imposed a ban on alcohol in 1994. However, the Congress government that came to power in 1995 lifted the prohibition on the grounds that it was causing huge losses in revenue.

A study by AIIMS Delhi stated that “Nearly one in five alcohol users suffers from dependence and needs urgent treatment. Among the 5.7 crore people considered alcohol addicts in India, the number of people who need urgent treatment is pegged to be 3.2 crores." The consumption of alcohol has also been directly linked to crimes against women.

Confronting this reality, the youth of Dharambandha village decided to take matters into their own hands. They initiated an alcohol de-addiction campaign with the cooperation of the village Sarpanch.

As a result, on September 21, the sarpanch called the gram sabha meeting, where the decision to prohibit liquor in the village was passed with mutual consensus.

PLAN FOR THE BAN

Located 20 km from district headquarters, Dharambandha has a population of about 6,000. Here, selling, buying and making any kind of liquor is now prohibited. No one can open a liquor shop or a furnace to brew liquor. If someone is caught selling liquor, they will be fined Rs 51,000 and forced to parade around the village wearing a garland of shoes and slippers. The person caught buying alcohol will be fined Rs 5,100.

An action committee consisting of 25 men and 25 women from Dharambandha has been formed to enforce the prohibition. Five senior members supervise them. The committee’s job is to conduct raids on places selling liquor based on the information received. A day after the prohibition, the action committee had raided a place after receiving information about continuing liquor sales. However, no alcohol was found. An active member of the alcohol de-addiction campaign, Ankit Jain told 101Reporters that villagers also wrote a letter to Dharambandha Police Station, the SP Office and the Excise Department informing them about the campaign. “We got assurance of cooperation from them," Jain added.

The ban on alcohol in Dharambandha was not just welcome but also seemed necessary. According to Ramesh Sahu of the village, “People’s health deteriorated due to excessive consumption. Most of the deaths in the village were due to sharab." (Sharab is an Arabic word derived from the combination of Shar meaning ‘bad’ and Aab meaning ‘water’)

Liquor was being sold in the streets, and the villagers had started depleting their savings to buy it. Some villagers suggested that cases of atrocities on women and domestic violence had also increased. Even the village children started drinking alcohol with the money they got for chocolates or ice cream.

Sadanand Majhi, the president of the de-addiction campaign, suggested that crime has reduced in the village after the ban. Earlier, there used to be eight to ten incidents of abuse and assault in the village. However, no such cases have come to light recently. “Now that liquor is not being sold; the focus is on development and cleanliness of the village. Children and youth are concentrating on studies and sports," he told 101Reporters. The women in the village have been feeling safe since the ban, said former Sarpanch, Kusum Sahu (in yellow) (Screengrab from video by Darshan Sharma)

The former Sarpanch of Dharambandha, Kusum Sahu resonated with Majhi’s statement. She said, “Earlier, it was difficult for women to leave the house. But ever since the ban, the women have been feeling safe. Not only Dharmabandha, but the entire country should also be alcohol-free.’

The slogan of prohibition gets its strength from women. Today, all the women of Dharambandha are unitedly involved in the drug de-addiction campaign. However, while women of the village are happy, liquor traders and wine lovers are disappointed with this decision.

Harinder Singh, manager of one of the liquor shops in the village, had opposed the ban, but this had no effect. He said, “With the mutual consent of the villagers, the sale of liquor is prohibited in the village. At present, liquor is not being sold, and everyone is following the rules. Let’s see what happens next."

Post the ban, there have been no cases of selling liquor in Dharmabandha. “The campaign is going well so far. However, if we don’t get continued cooperation, then we are prepared to go directly to the Excise SP and Collector," said Omprakash Kalar, the village sarpanch. This has also created fear among the liquor traders of the surrounding areas.

Dharambandha has set such an example from which the whole country can take a lesson. Nuapada MLA Rajendra Dholakia told 101Reporters, “The people of Dharambandha have taken a historic decision. This step is welcome. I hope their campaign is successful."

(The author is a Nuapada-based freelance journalist and a member of 101Reporters.com, a pan-India network of grassroots reporters.)