Symptoms of Zika virus disease are similar to those of other viral infections such as dengue, and include fever, skin rashes, conjunctivitis, muscle and joint pain, malaise, and headache.

Jaipur: A total of 29 people have tested positive for the Zika virus in Rajasthan so far as seven new cases were reported from the state on Tuesday.

Additional health secretary of the state for health, Veenu Gupta, confirmed the cases and said they have all been listed. She said close to 200 teams have been formed to conduct a combing operation and 26,000 houses have been surveyed so far.

“If there is a need to collect samples, we're collecting that on a large scale,” she said.

The disease outbreak has prompted the Prime Minister's Office (PMO) to seek a detailed report from the health ministry.

Bihar also issued advisories to all its 38 districts as one of the patients in Jaipur is a Bihar resident, who had visited his home in Siwan recently. The state has put the district in charges on high alert to keep an eye on people who show similar symptoms. 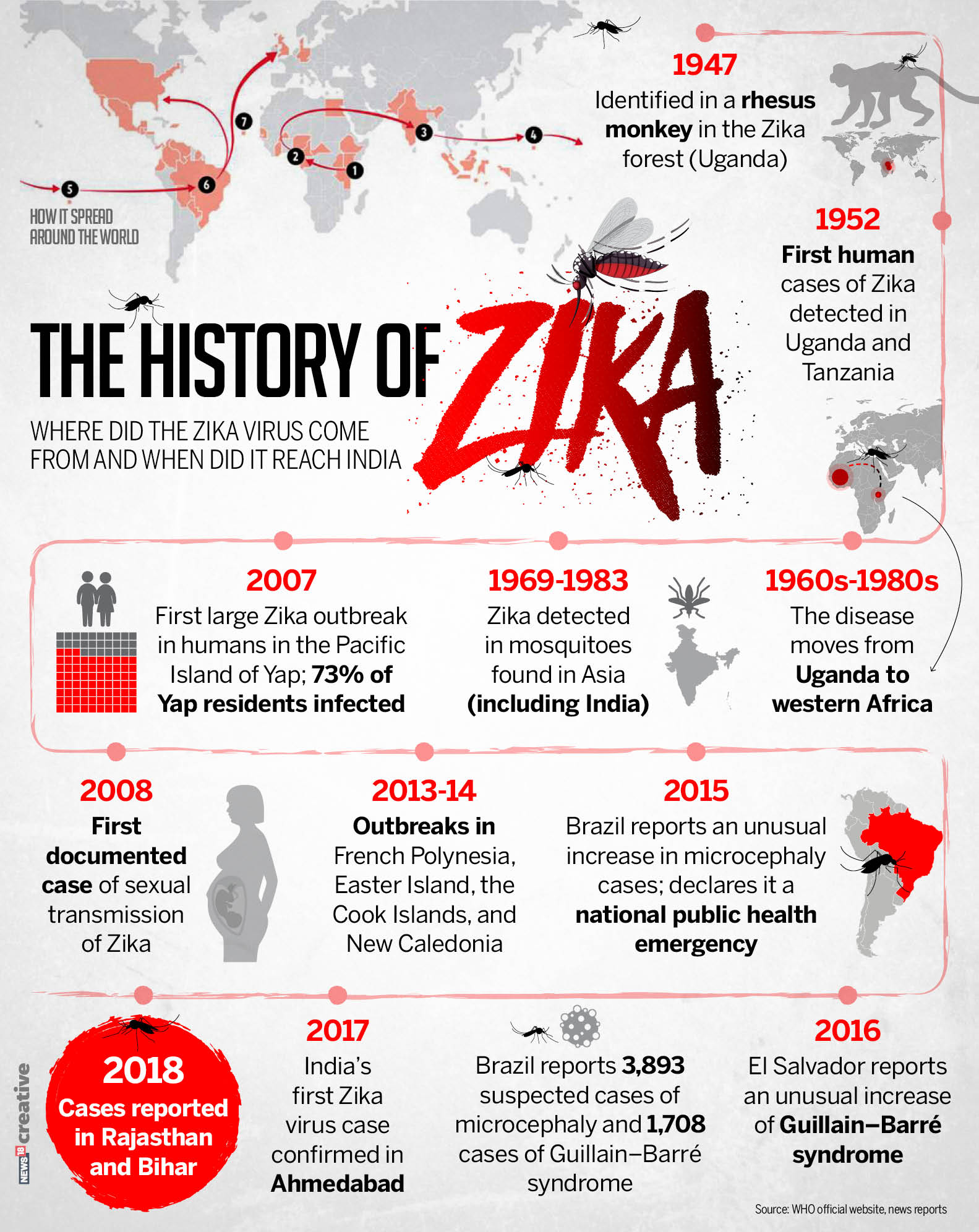 A seven-member high-level central team is in Jaipur to assist the state government in control and containment measures, while a control room has been activated at the National Centre for Disease Control (NCDC) to undertake regular monitoring of the situation. The situation is being reviewed at the level of Union minister of health.

All suspected cases in the state and mosquito samples are being tested. Additional testing kits are provided to viral research and diagnostic laboratories. The state government has been supplied with information, education and communication (IEC) material prepared to create awareness about Zika virus and its prevention strategies.

Another high-level Central team of the ministry has already been placed in Jaipur to further oversee and assist containment operations.

All pregnant mothers in the area are being monitored through and extensive surveillance and vector-control measures are being taken up in the area as per protocol by the state government, the official said.

Zika virus disease is an emerging disease currently being reported by 86 countries worldwide. Symptoms of Zika virus disease are similar to other viral infections such as dengue, and include fever, skin rashes, conjunctivitis, muscle and joint pain, malaise, and headache.

In India, the first outbreak was reported in Ahmedabad in January and February 2017 and second outbreak in July 2017 from Krishnagiri district in Tamil Nadu. Both these outbreaks were successfully contained through intensive surveillance and vector management, the ministry said.
Tags: