After India-Pakistan Ceasefire, Villagers at LoC Count the Cost of a Bloody Yesterday

View of LoC in Uri.

The guns have fallen silent since late-February. While border villages dream of a bright future, they also nurse their wounds, and remember those lost. 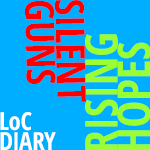 A cricket match is underway on a bright day on a rocky terrain overlooking the snow-clad Haji Peer Mountain Pass. The players are in their early adulthood. A batsman hits the ball hard, sending it downhill. A group of cheerful young people chases it, spreading their joy in the surroundings.

It’s a rare sight and sound at Batgrah in the Pir Panjal Mountain Range in Haji Pir Sector along the Line of Control (LoC). This frontier village in Jammu and Kashmir’s Baramulla district is not familiar with such scenes of laughter and enjoyment. Instead, it is accustomed to the shrill noise of mortar shells fired by Pakistan’s army from its bunkers camouflaged somewhere in mountains across the border.

But that has stopped, for now. Last month, India and Pakistan released a joint statement announcing a ceasefire along LoC from February 25, following talks between their Directors General of Military Operations. For villagers of Batgrah, which is in Uri sub-division, this calls for celebrations. They can go about their lives from ploughing fields to rearing cattle without the ever-present fear of Pakistani shells wreaking havoc. But as they hope for a better tomorrow, they also count the cost of a bloody yesterday.

Marouf Ahmad, a final-year student of arts at a government college in Uri, is among those playing cricket. He recounts the horror of 2012, when one of his friends died in cross-border shelling in front of him. “We were on the way to an examination centre…Suddenly, a shell hit him and he was dead,” says Ahmad, 22.

Hafeez Ahmad Gojerchachee had gone out of the village for some work on June 12, 2020. On his trek uphill towards Batgrah, he saw a barrage of shells raining on the village. At that point, he could do nothing but pray for the safety of his family. Upon reaching his house, he found his mother, Akhter Begum, 48, lying lifeless in a pool of blood.

Gojerchachee, 26, who has two brothers and a sister, says it was their mother who raised them almost singlehandedly. “Our father has blurred vision and physical disabilities. Our mother used to earn money for the family by selling walnuts…She worked hard all her life. When it was time to see her children flourish, she was no more,” he says. Nazir Ahmad Masi shows his left leg, which is made of prosthetics. (Ubeer Naqushbandi)

Gojerchachee has preserved remnants of the shell that killed his mother. He calls LoC a “bloody line”.

Then there are those who have suffered life-changing injuries. For example, 40-year-old Nazir Ahmad Masi, who is from Churunda village along the border. Walking on crutches, he has to take rest at regular intervals while traversing the tough terrain. An uphill trek seems too hard for him nowadays. In September 2000, Masi, who was then a porter with the Army, was hit by a shell that inflicted grave injuries in his left leg. “I was carrying water…when the shell hit me,” he says. Life has not been kind to him since.

At Balkote village, nearly 17km from Batgrah, 18-month-old Aliza Bano begins crying as soon as her 16-year-old sister, Shaista Bano, leaves her. Their mother, Farooqa Begum, 35, was killed in cross-border shelling last November. Shaista remembers the incident vividly: the shell landing in their hutment and the last moments of her mother, organs ruptured and blood oozing out.

Shaista has just passed her Class 10 exams. But alongside little Aliza, she also has to care for her two other siblings, Basharaat Ahmad, 10, and Simran Bano, 6. Their father, Bashir Ahmad Dar, is a labourer and spends most of the time out to earn for his family. The family has received Rs 50,000 as compensation from the administration so far, but the children are finding it hard to come to terms with the tragedy that has struck them.

Such grim examples galore. Residents of nearby Dana village still recount the fateful day in 1998 when their houses were destroyed in heavy shelling by Pakistan. Naseer Ahmad Dar, now 26, survived the bloodbath, as he was in his school in another village. But his parents died, while his sister suffered a life-changing injury. Her right leg had to be amputated. 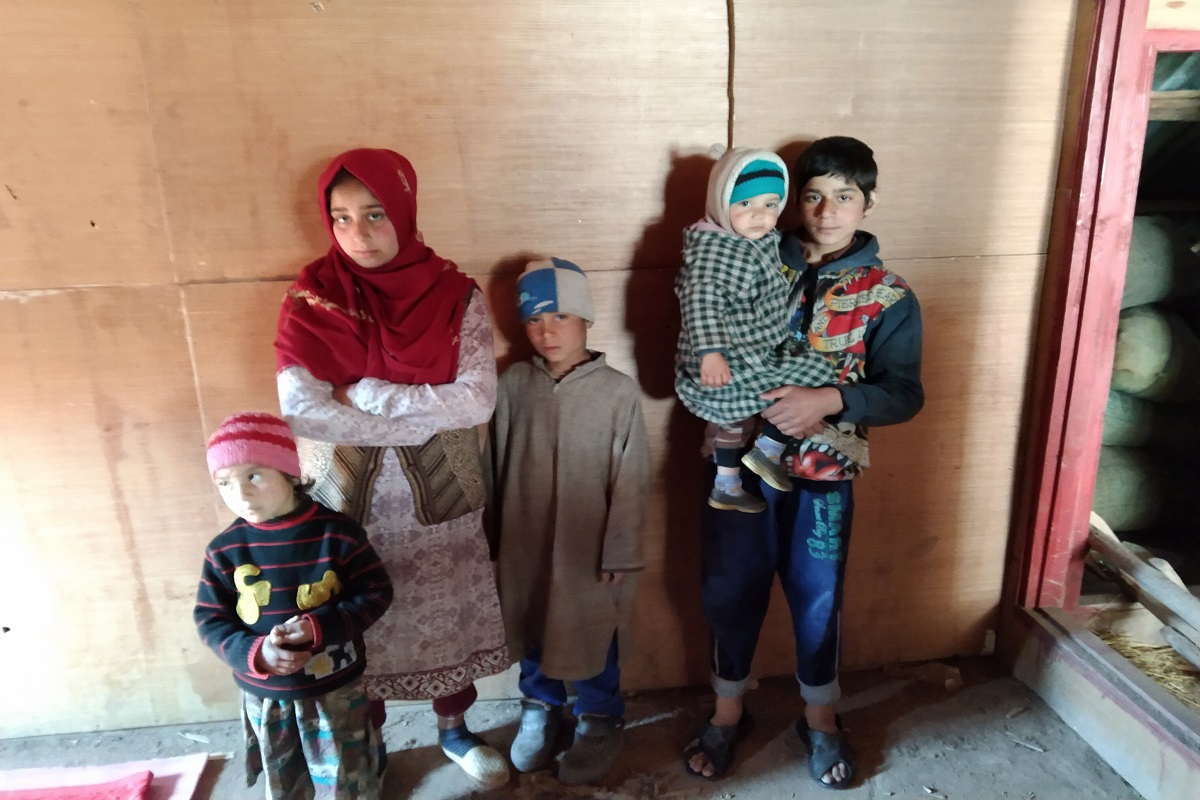 Shaista Bano along with her siblings and cousins at Balkote. Bano lost her mother in cross-border firing in November. (Ubeer Naqushbandi)

In villages along the LoC, the signs of hostilities lay scattered in the form of rubbles of hutments, burnt roofs and damaged windows. Now that there is new hope, many have started rebuilding their damaged homes.

Several people in villages close to LoC work with the Army as porters. Others work in agricultural fields, rear cattle, or are employed as labourers. Locals here have grievances against the civil administration, even as they say they get help from the Army in difficult times.

Gojerchachee, from Batgrah village, says he is yet to receive compensation from the administration for his mother’s death.

“The file is stuck. Officials have told me to take the file myself to the DC (district commissioner) office in Baramulla,” says Gojerchachee, 26. “At least the Army provided some money to my family,” he adds.

An amount of Rs 1 lakh is paid to the family of a victim of cross-bordering firing, according to officials. Additionally, a person in that family is offered a government job. If the family does not accept that offer, it is paid Rs 4 lakh in compensation. Also, an amount of Rs 75,000 is paid in case of permanent disability and Rs 5,000 in case of an injury.

The amount is to be disbursed within three months of the incident, but the process of claim resolution could drag on for even a year, an official adds.

In June 2018, then home minister Rajnath Singh announced bulletproof ambulances and 14,000 government-built bunkers for the border population affected by ceasefire violations. But locals say they are yet to get the benefits.

Officials maintain that 44 such bunkers have been sanctioned for Uri’s 150,000 population. But, in most places, ditches have been dug and then left unattended. Locals say the pits are not big enough for a large crowd taking shelter during shelling.

Besides, they also complain of bad roads, which have made their tough lives even tougher. “There is no road here. Students have to wake up early and start their 15km journey to school on foot. The return journey uphill is more tiring. It is why our girls mostly study till middle or 10th standard,” says Gulzar Ahmad Chachee, 24, a resident of Batgrah.

On the grievances of villagers, Jammu and Kashmir divisional commissioner Pandurang Kondbarao Pole says the administration is not indifferent to their hardships.

“…as per the demand of the locals from these areas (that are affected by ceasefire violations), bunkers were approved. The concerned department (Roads and Buildings Department) was involved in the construction of those bunkers,” he says.

He adds that of the 2,200 habitations in the Valley, some 25-30 are yet to be covered under the Pradhan Mantri Gram Sadak Yojana. “Rest all are covered. It includes border area habitations also,” he says.

He also underscores the challenges before the administration. “Topographical differences and difficulties remain…Border areas in Kashmir normally remain cut off in winters…(mountain) passes have to be crossed to reach Karnah, Keran, Gurez or parts of Uri. People may have faced difficulties, but there is nothing like indifference.”