Three months after the standoff started, the document on the MoD website that admitted to Chinese intrusion into Indian territory in eastern Ladakh was removed on August 6.

Ministry of Defence has taken down all monthly reports since 2017 from its website, including the one about “unilateral aggression” by China in Ladakh and the ones that recorded the Doklam crisis in 2017.

An article in The Indian Express said the Ministry said the earlier reports will be back on the website “soon”, “likely within October”. The article said the mechanism for preparation and sharing of reports publicly is being cleaned up to make them more “comprehensive” instead of the previous one.

Three months after the standoff started and two days after it was uploaded, the document on the MoD website that admitted to Chinese intrusion into Indian territory in eastern Ladakh was removed on August 6. 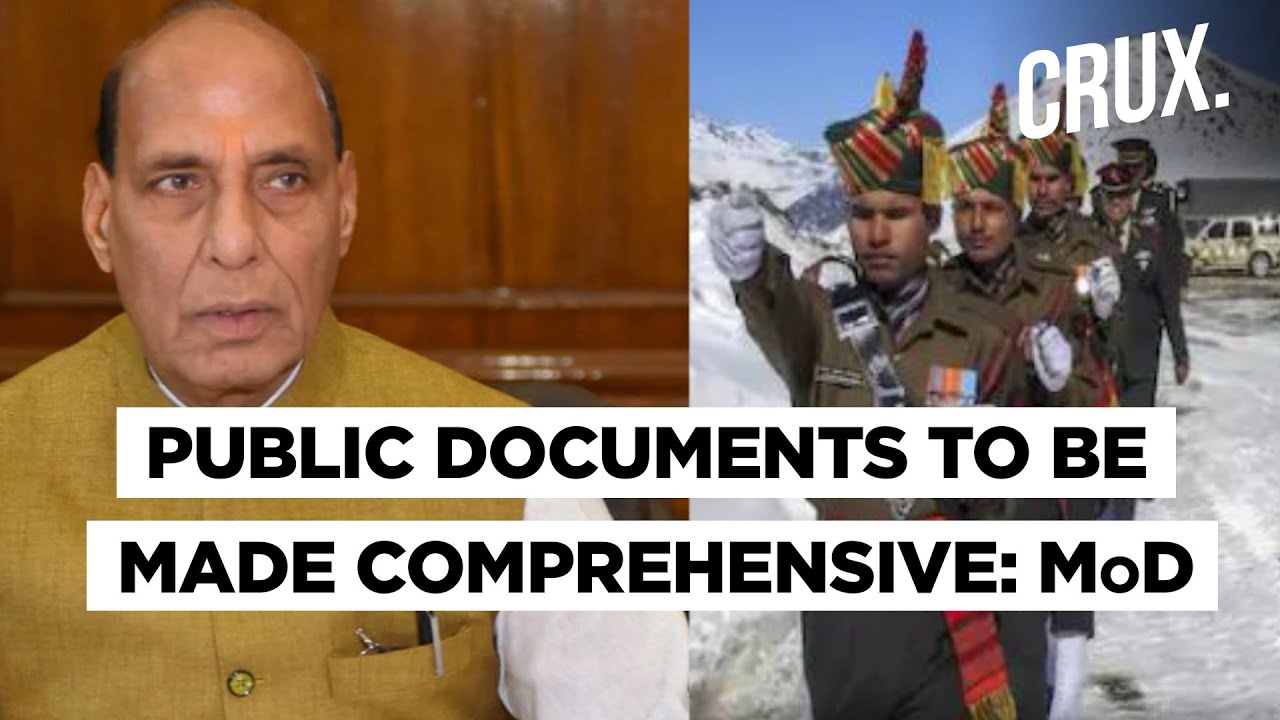 Each report, sources told News18, goes past senior officials before it is made public. These reports are usually silent on major operations – for example, the Balakot air strike, the India-Pakistan dogfight, the Doklam deployment.

Before all the monthly reports since 2017 – those prior to it were never available on the website – were removed, the Ministry had taken down the report for June 2020 in August.

That report said, “Chinese aggression has been increasing along the LAC and more particularly in Galwan Valley since 5th May, 2020” and “the Chinese side transgressed in the areas of Kugrang Nala, Gogra and the north bank of Pangong Tso lake on 17–18 May, 2020”.

It mentioned the June 15 clashes in Galwan Valley, and stated that senior military commanders were in talks. It cautioned that “while engagement and dialogue at military and diplomatic level is continuing to arrive at mutually acceptable consensus the present standoff is likely to be prolonged”.

The joint report for April and May did not mention Chinese aggression, but it did point to the crisis along the LAC without going into specifics.

In the reports since August 2019, there were four mentions of China: a meeting of the “India-China Joint Working Group” on August 13-14, 2019; “the Joint Army Exercise ‘Hand-in-Hand’ between Indian Army and PLA, China was conducted from 7th – 20th December, 2019 in Umroi Cantt, Meghalaya”; the February 5, 2020 sighting of a Chinese warship, Jiangwei-Il, in Pakistani waters not far from Porbandar; and, the March 2020 report on the construction of a Bailey bridge by the BRO “to meet strategic requirements and ensure connectivity to 451 villages in Upper Subansiri District bordering China”.

Congress leader Rahul Gandhi, who has been severely critical of the government’s handling of the border standoff with China, had also cited a report on the now-deleted document and asked in a tweet: "Why is the PM lying?"

Earlier, defence minister Rajnath Singh, had in an interview with News18 in end-May, said a sizeable number of Chinese soldiers had "come a little further than they used to earlier". But it was officially clarified that it should not be "misinterpreted as if Chinese troops entered the Indian side of the LAC", the report said.