After Whirlwind Chase, Here's How Vikas Dubey’s Reign of Terror Came to an End in 10 Minutes

FILE - In this July 3, 2020, file photo, policemen inspect the scene of an ambush in Kanpur, India. A top suspect in dozens of crimes, including the killings of eight police officers last week, was fatally shot Friday, July 10 in police custody while allegedly trying to flee, officials said. (AP Photo, File)

Vikas was arrested by Ujjain police on Thursday and was being brought to Kanpur by a team of STF sleuths. Four personnel of STF were also injured in the encounter killing of Dubey.

The prime accused in the killing of eight policemen in Kanpur, Vikas Dubey was gunned down in an encounter in the outskirts of Kanpur on Friday as he tried to flee after the police vehicle carrying him met with an accident.

Vikas was arrested by Ujjain police on Thursday and was being brought to Kanpur by a team of STF sleuths. Four personnel of STF were also injured during the encounter.

According to the police, after the vehicle ferrying Vikas Dubey met with an accident and overturned, the gangster tried to flee and snatched a pistol from the cop who was accompanying him. 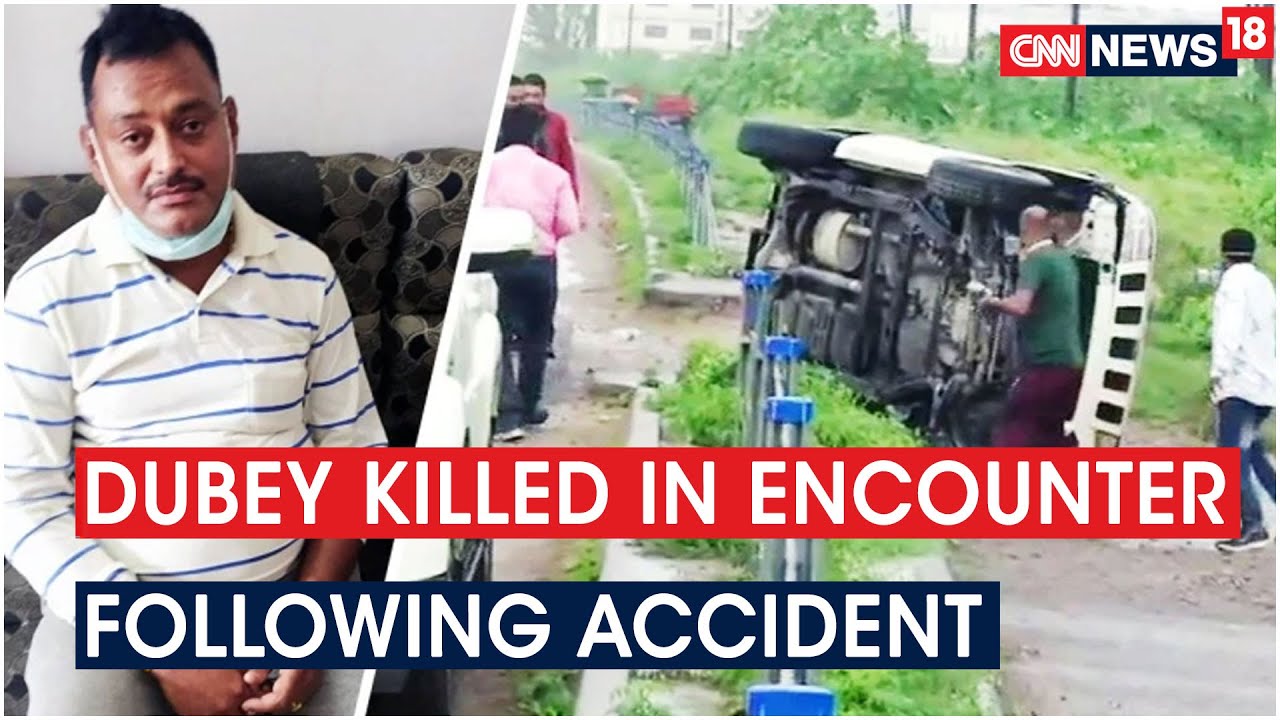 Soon, a combing operation was launched and Vikas was asked to surrender, but the criminal opened fire on STF sleuths instead. In the retaliatory fire, Vikas Dubey suffered bullet injuries and he was rushed to Hallet hospital in Kanpur where he was declared dead by the doctors. 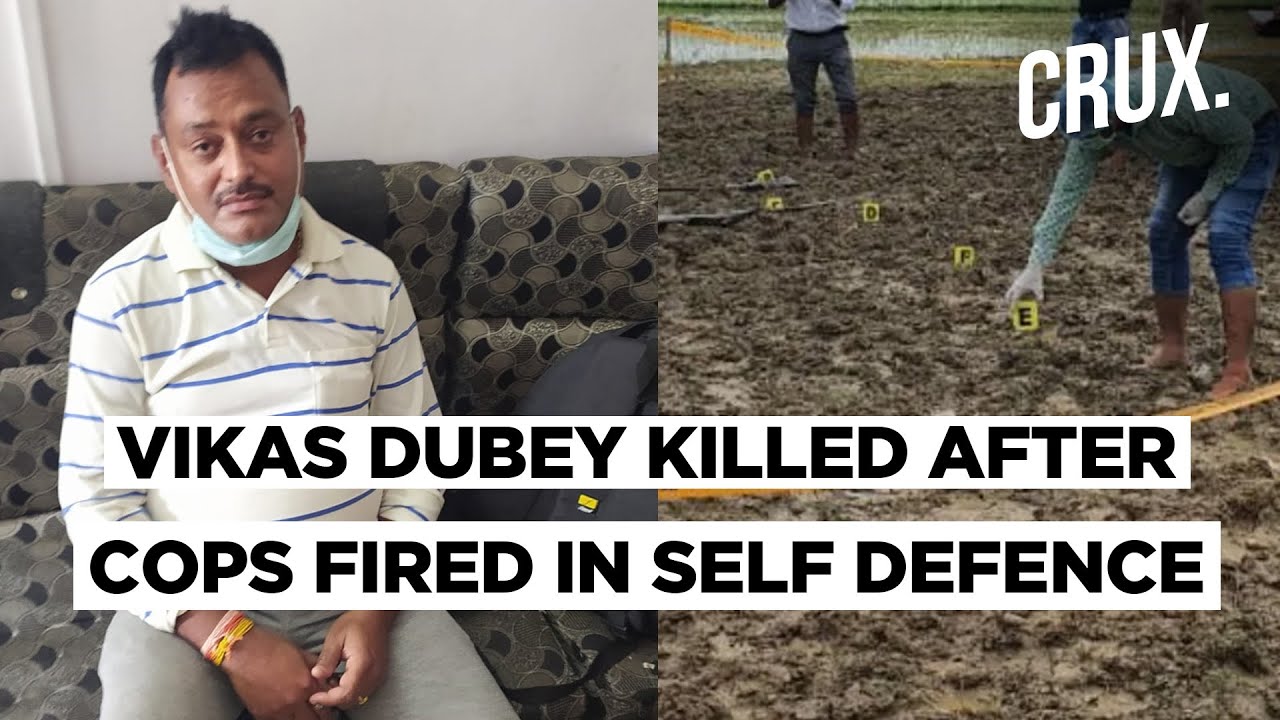 Here's a timeline of the events that led to the gangster's killing:

- At around 7:30am the vehicle carrying Dubey overturned near the Sachendi Pass.

- Taking advantage of the situation, Vikas tried to flee and suffered bullet injuries in the cross-firing that ensued at around 7:40am.

- Dubey was taken to Hallet Hospital at 8:05am where doctors pronounced him dead. 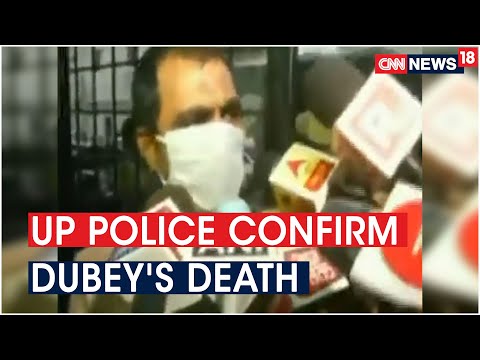 Earlier, on Thursday evening after Vikas Dubey was arrested from Mahakaal temple in Ujjain, his wife Richa Dubey was picked up from her Krishna Nagar residence on Thursday evening by a team of the Special Task Force (STF) and taken to an undisclosed destination for questioning. Dubey's elder son and one servant were also picked up by the STF.

Richa is said to be Dubey's partner in crime by supporting his activities and even providing logistic support to him.

Said to be a part of the conspiracy that led to the killing of eight policemen in Bikru village on July 3, she had connected her mobile to the CCTV camera installed in their now-demolished house in Bikru village and would keep an eye on the activities there even in her absence. Richa had gone missing immediately after the massacre.