Dr Kafeel Khan was in jail since January after he delivered an alleged provocative speech at AMU during an anti-CAA protests in December last year.

Dr Kafeel Khan was arrested in January for delivering the speech at Aligarh Muslim University on December 10, 2019. The NSA was invoked against Khan on February 13, 2020.

In major relief for Dr Kafeel Khan, the Allahabad High Court on Tuesday ordered his immediate release and the dropping of stringent National Security Act (NSA) charges against him which was invoked earlier this year over an alleged inflammatory speech by him against the Citizenship Amendment Act (CAA).

Khan was arrested in January for delivering the speech at Aligarh Muslim University on December 10, 2019. The NSA charges were invoked against him on February 13, 2020, on the orders of the Aligarh District Magistrate. On August 16, his detention under NSA was extended for the second time by three months.

The division bench of Chief Justice Govind Mathur and Justice Saumitra Dayal also declared the extension of his detention as illegal. The order was passed on the basis of a petition filed by the pediatrician’s mother, Nuzhat Parveen.

Under the NSA, people can be detained without a charge for up to 12 months if authorities are satisfied that they are threat to the national security or law and order. 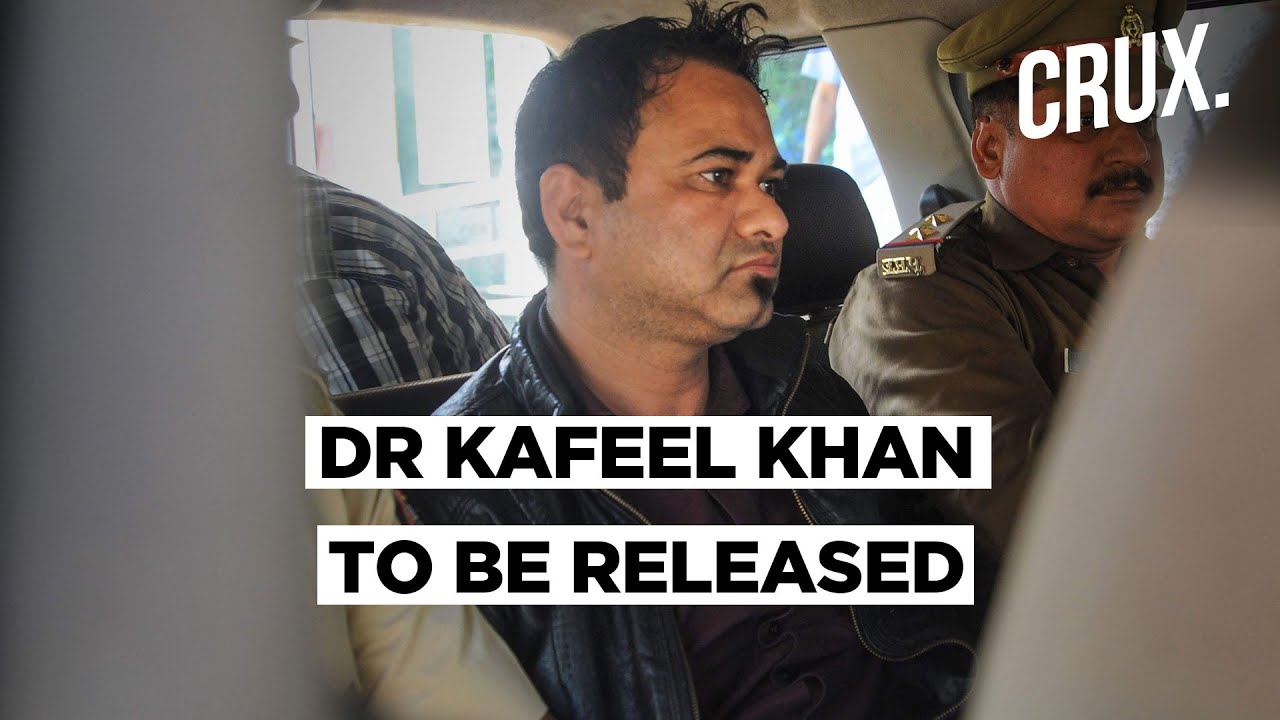 Khan was booked under IPC section 153A (promoting enmity between different groups on grounds of religion).

The FIR registered against him states that his speech threatened to disrupt the harmony between the communities and was also likely to create a law and order situation.

Later, sections 153B (imputations, assertions prejudicial to national integration) and 505(2) (statements creating or promoting enmity, hatred or ill will between classes) of the Indian Penal Code were added to the FIR.

The doctor, who is currently lodged in Mathura jail, had first hit the headlines in August 2017 when several children died at the BRD Medical College in Gorakhpur, where he worked as a paediatrician.

Though he was later given a clean chit in a departmental probe, the government did not reinstate him.

“The Allahabad High Court today ordered the removal of NSA and immediate release of Dr Kafeel Khan,” she said in a tweet. “It is expected that the UP government will release Dr. Kafeel Khan without any malice.”

The Congress leader said she also congratulated all the “justice loving people” and party workers in the state who had been making efforts for Khan’s release.