As external affairs minister in the previous Modi government, Swaraj brought a rare human approach in helping out the Indian diaspora in distress with her social media outreach.

As external affairs minister in the previous Modi government, Swaraj brought a rare empathy and a human approach in helping out the Indian diaspora in distress with her revolutionary social media outreach.

"Today, more than ever, remember her fondly. Always an inspiration," External Affairs Minister S Jaishankar tweeted along with a number of photographs featuring him and Swaraj. 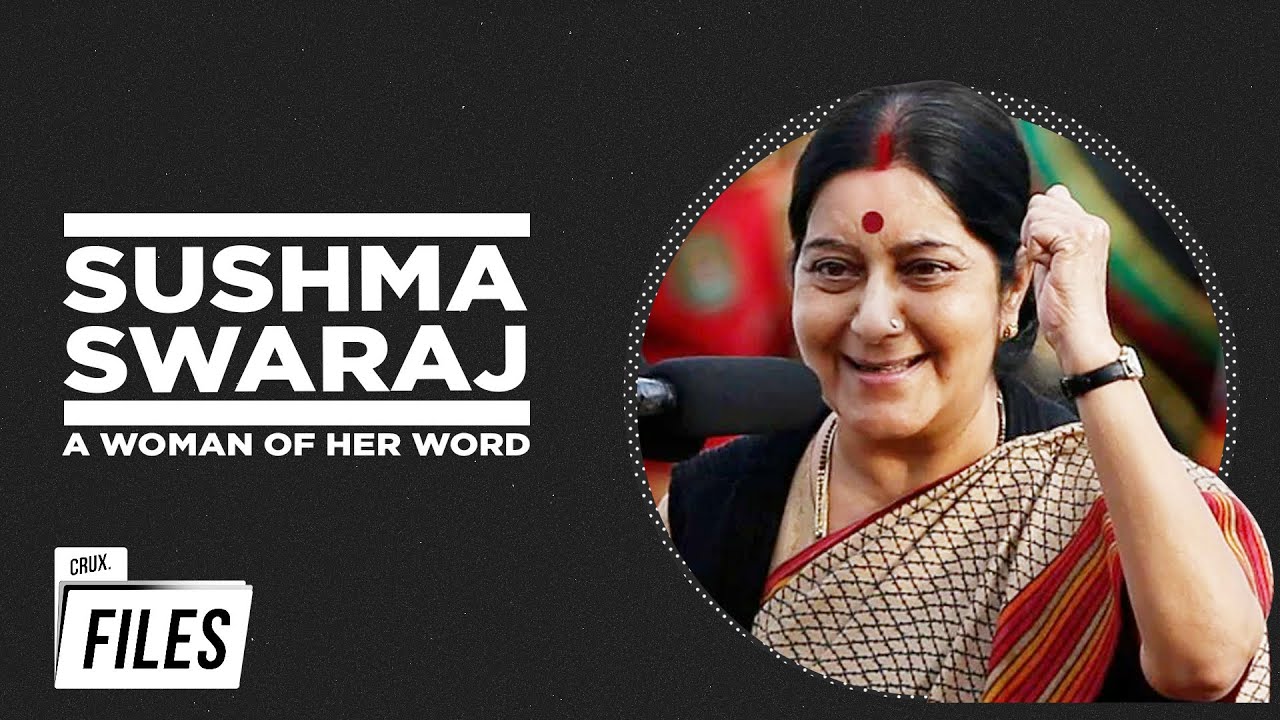 Swaraj died on August 6 last year following a massive cardiac arrest. She was 67.

"Ma, you are always with me as my strength. Krishna look after my mother!," Swaraj's daughter Bansuri said on Twitter.

In her tenure as external affairs minister, Swaraj brought a sense of assertiveness in India's diplomacy besides making the diaspora a central focus of the country's foreign policy priorities.

Swaraj was one of the most followed foreign ministers on Twitter globally. The powerful orator was an easily-accessible leader who played a key role in the BJP's emergence in the late 1990s.

"My tribute to #SushmaSwaraj Ji on her 1st death anniversary. Will always remember her as a great orator, visionary leader and above all a compassionate human being," Prasad tweeted.

In his tribute, Birla referred to Swaraj's "remarkable diplomacy" as the external affairs minister.

"Sushmaji was a popular leader with exceptional oratory skills. Her dignified and decorous conduct in the House was exemplary. As External Affairs Minister, she made us proud with her remarkable diplomacy. She also took a novel step of assisting people through social media," he said on Twitter.

Swaraj had many firsts to her credit -- the youngest cabinet minister in the Haryana government, the first woman chief minister of Delhi and the first woman spokesperson of a national political party in the country.

She was Information and Broadcasting minister in the 13-day Atal Bihari Vajpayee government in 1996 and got the Cabinet portfolio again after he led the BJP to power in 1998.

Long seen as a protege of veteran BJP leader L K Advani, she also was the Leader of the Opposition in the Lok Sabha between 2009 and 2014.