Union Home Minister Amit Shah spoke to Gajapati Maharaja Dibyasingha Deb, the chairperson of the Shree Jagannath Temple Managing Committee, on Monday amid the uncertainty over the Ratha Jatra in Puri this year.

Shah discussed the rituals associated with Lord Jagannath's annual Ratha Jatra, which has continued without a break since 1736, with Deb, state BJP president Samir Mohanty said.

"As per the direction of Lord Jagannath's great devotee Prime Minister Narendra Modi, Union Home Minister Amit Shah spoke to the Gajapati Maharaja," he said in a tweet.

"I am optimistic that the apex court will give a green signal to hold the Ratha Jatra in Puri this year," Mohanty said. Shah also discussed the religious sentiments attached to the festival with Deb, he added. 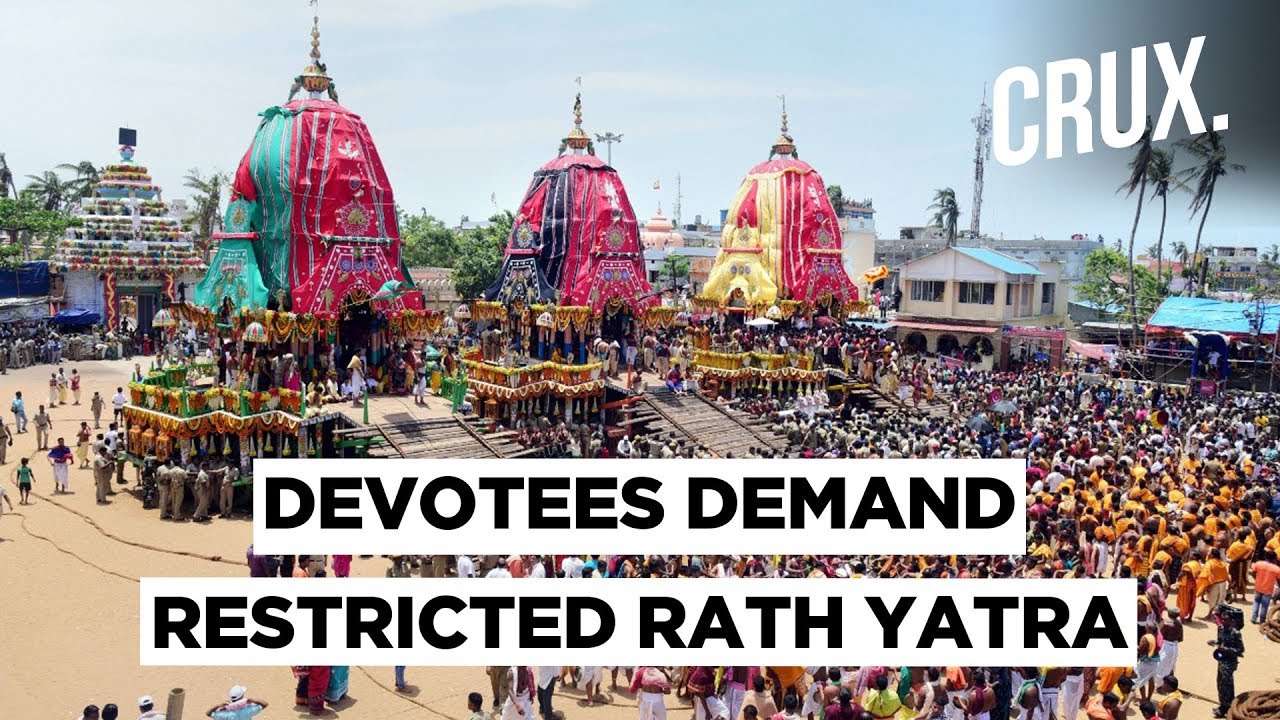 The Supreme Court on Monday said Chief Justice S A Bobde has agreed to set up a three-judge bench to hear during the day the pleas seeking modifications in its June 18 order that stayed this year's Ratha Jatra in Puri due to the COVID-19 pandemic.

The Centre told the apex court that the Ratha Jatra can be allowed without public participation in view of the pandemic and said the "tradition of centuries may not be stopped".

The Odisha government also supported the Centre's stand in the apex court. The Puri Ratha Jatra, which is attended by lakhs of people from across the world, is scheduled to be held from June 23.

The apex court had, on June 18, said in the interest of public health and safety of citizens, this year's Ratha Jatra cannot be allowed and that "Lord Jagannath will not forgive us if we allow" it.

A day after the order was passed, applications were filed in the top court seeking a recall of its order and modifications in it.

While the Ratha Jatra festival, held over 10-12 days, is scheduled for June 23, the "Bahuda Jatra" (return car festival) is slated to be held on July 1.

Three heavily-built wooden chariots of Lord Jagannath, Lord Balabhadra and Devi Subhadra are pulled by thousands of devotees over a distance of three kilometres twice during the nine-day festival of the Trinity at Puri.

Deb had earlier urged the state government to ensure that the Ratha Jatra goes on as usual as it is "sanctioned and mandatory" according to religious scriptures and the laws of the land. He had suggested a devotee-less festival this time in the wake of the pandemic.