Home » News » India » Human Rights Cannot Be An Excuse to Defy Law of The Land, Says Govt after Amnesty India Accuses it of ‘Witch-Hunt’
2-MIN READ

Human Rights Cannot Be An Excuse to Defy Law of The Land, Says Govt after Amnesty India Accuses it of ‘Witch-Hunt’

FILE PHOTO: The logo of Amnesty International is seen next to director of Mujeres En Linea Luisa Kislinger, during a news conference in Caracas, Venezuela February 20, 2019. REUTERS/Carlos Jass/File Photo

The Ministry of Home Affairs said the organisation was indulging in "illegal practices" due to which its earlier applications to receive funds from overseas had also been rejected.

Hours after human rights organisation Amnesty International India announced it will close its operations in the country after being “compelled to let go off staff in India” and halt all its research work since all its bank accounts have been frozen, the central government rebutted its statement. It also said that the organisation was indulging in “illegal practices” due to which its earlier applications to receive funds from overseas had also been rejected.

Amnesty had called the government’s move to freeze its bank accounts a witch-hunt “over unfounded and motivated allegations”.

“The stand taken and statements by Amnesty International are unfortunate, exaggerated and far from the truth. Amnesty International had received permission under Foreign Contribution (Regulation) Act (FCRA) only once and that too 20 years ago (19.12.2000),” said the Ministry of Home Affairs (MHA) in a statement on Tuesday. “Since then Amnesty International has been denied FCRA approval by successive governments since it is not eligible to get such approval. In order to circumvent FCRA regulations, Amnesty UK remitted large amounts of money to four entities registered in India, by classifying it as FDI.” 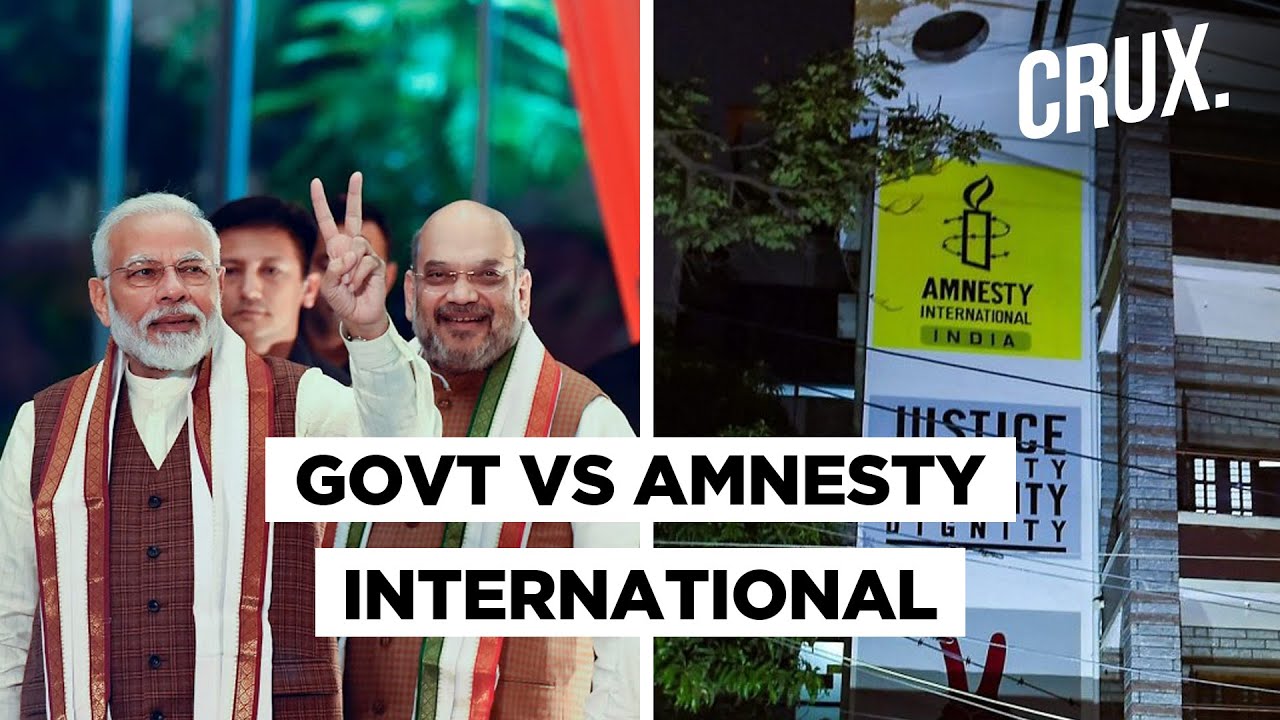 “Owing to these illegal practices of Amnesty, the previous government had also rejected repeated applications of Amnesty to receive funds from overseas. This had led Amnesty to suspend its India operations once during that period as well,” it added.

“Amnesty is free to continue humanitarian work in India. However, India doesn’t allow interference in domestic political debates by entities funded by foreign donations. This law applies equally to all and it shall apply to Amnesty International as well,” said the MHA.

The move against Amnesty came a month after the organisation accused the Delhi police of complicity in the riots that broke out the national capital in February.

Amnesty International India Executive Director Avinash Kumar said the continuing crackdown on the organisation over the last two years and the complete freezing of bank accounts is “not accidental”.

“The constant harassment by government agencies including the Enforcement Directorate is a result of our unequivocal calls for transparency in the government, more recently for accountability of the Delhi police and the Government of India regarding the grave human rights violations in Delhi riots and Jammu & Kashmir. For a movement that has done nothing but raise its voices against injustice, this latest attack is akin to freezing dissent,” he said.

In August, an investigation conducted by the organisation alleged that there was a “denial of medical services to victims, failure to rescue them, excessive and arbitrary use of force on protesters and differential treatment of assemblies, no response to multiple calls leaving the survivors to fend for themselves over the period of six days of violence in Delhi.”

Amnesty is being investigated by the Enforcement Directorate over alleged irregularities in receiving foreign funds. According to the home ministry, the human rights organisation “got money into India through the FDI (Foreign Direct Investment) route,” which is not allowed in the case of non-profits.