Armed with a broom and a mop, the minister swept the floor of his office and the corridor leading to it in the Vidhan Bhawan in Lucknow, which houses the state legislature.

Lucknow: A day after UP Chief Minister Yogi Adityanath emphasised on cleanliness, his cabinet colleague Upendra Tewari on Thursday picked up a broom to clean his office in the state legislature in the city, pictures of which went viral on social media.

Armed with a broom and a mop, the minister swept the floor of his office and the corridor leading to it in the Vidhan Bhawan in Lucknow, which houses the state legislature. 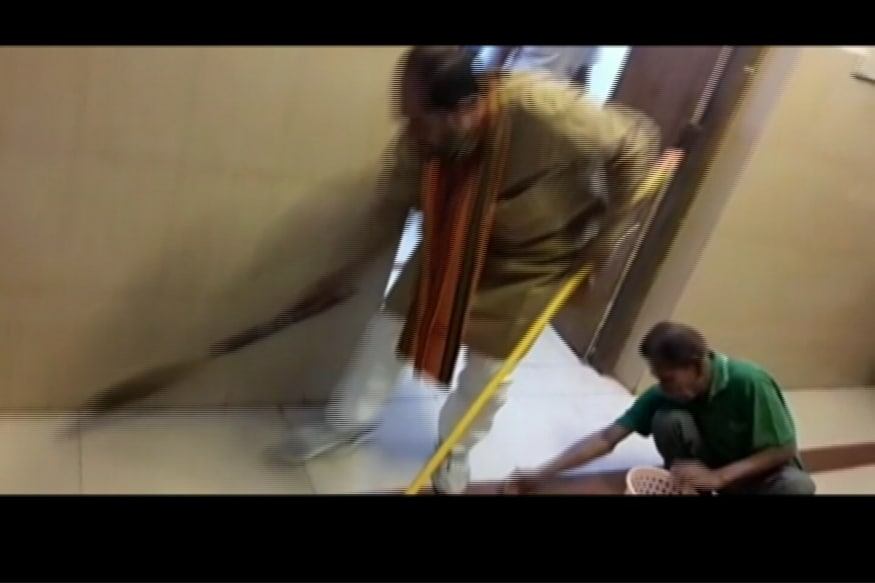 Pictures and video of Tiwari, who is the Minister of State (Independent charge) for Environment, Water Supply, Land Development and Water Resources and Forest, was sweeping the office, cleaning the corridor went viral on the social media with the staff and officials there looking on.

A stickler for cleanliness, Adityanath had administered a sanitation pledge to officials a day after he took over as the UP CM and asked them to ensure that the pledge is effectively implemented on the lines of Swachh Bharat Mission of Prime Minister Narendra Modi.

The Chief Minister yesterday banned the use of pan and tobacco products in schools, colleges, hospitals and other government buldings, livid at the sight of betel juice stained walls of the building that houses his office.