'Hadn't Heard of it': As Ashok Chakra Makes Way to Valley for the 1st Time, Kashmir is Abuzz With a New Word

The younger generation of the village is going to school and every parent is trying hard to give his kid a good education. But there is hardly anyone in the village who understands what the Ashok Chakra is.

Kulgam: When the coffin of Lance Naik Nazir Ahmad Wani reached his home on November 26 last year, it was nearly after three decades that villagers saw his face. Draped in the tricolor, he was escorted by his colleagues, who offered him 21-gun salute.

Wani, in his early forties, an Indian army soldier, died a day before in Batgund village of south Kashmir’s Shopian in a gunfight with militants. He had a face off with a militant, in which both shot at each other. Six militants were killed in the operation, while Wani was seriously injured. He was rushed to a hospital but succumbed on the way.

On India’s 70th Republic Day, Wani will be honoured with the Ashok Chakra, nation’s highest peacetime gallantry award, and will become the first Kashmiri to receive this reputation.

As Kashmir was gripped by militancy, Wani, a tall and skinny boy, was roaming and playing with his friends in the fields of Chaki-Ashmuji, a village in south Kashmir’s Kulgam district, seventy kilometers from state’s summer capital, Srinagar. In his primary school, elder to his three siblings, he would lend a helping hand to his father, Sanaullah Wani—a-Baker who would also weave carpets for some extra earning.

In just a year, Wani mastered the craft of interlacing with his tender fingers.

“He was just 13-years-old when he dropped out of school and started working full time on the loom,” his younger brother Mushtaq Ahmad Wani told News18. 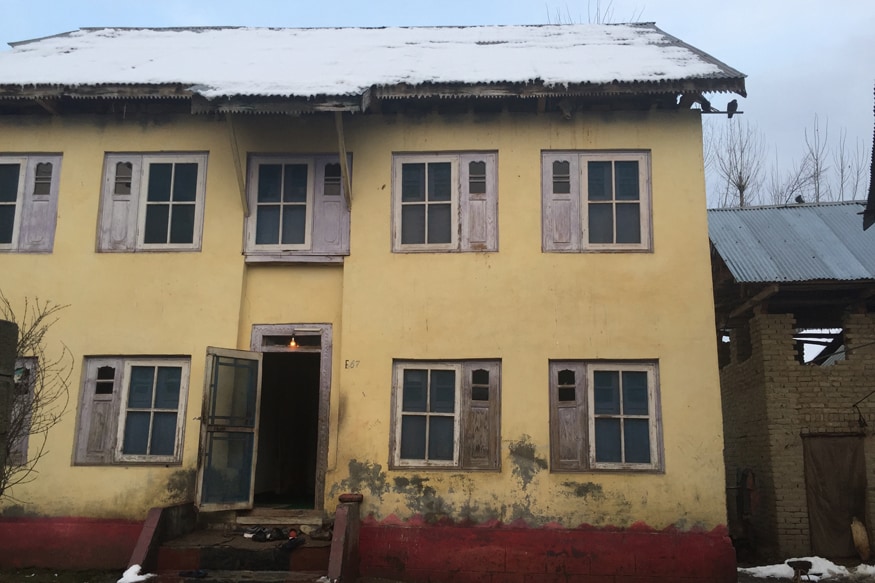 The house where Nazir Wani grew up (Aakash Hassan)

By this time the militancy had reached every part of the valley. Counterinsurgency operations were in full swing and more importantly, a militant outfit, locally called as Ikhwan, had shifted sides. They had begun working for the forces and soon became a counter-insurgency militia.

Villagers recall: It was around 1992 when Wani suddenly disappeared. Mushtaq was in Punjab, working as a labourer, and other family members had no idea where he had disappeared until he was spotted by some villagers with the gun in the Ikhwan folds, while it was working as counter insurgency militia.

It was shocking for everyone in his village but no one could dare to ask him to come back. “No one in our family had any idea that how he joined the ranks. He was totally into his work,” said Mushtaq.

Ikhwan played a major role in the counterinsurgency operations in Kashmir. They helped forces locate the militants because they could identify and kill them.

The tall, red-cheeked boy had turned into a rough counter-insurgent and was operating from a base in the nearby village, Tuli Nowpora. He and his party killed some top militant commanders in the area.

In a few years, the militancy was brought under control in Kashmir. Ikhwan, besides killing militants, was accused of killing civilians, extortion and other crimes. They were brought under control and stripped of their powers. In 1996, some Ikhwan commanders contested assembly elections and won. Others were put on a regular stipend.

However, militants continued attacking them. In 2003, the former commander of Ikhwan, Kuka Parray, who had become an MLA, was killed by militants in an attack.

Given the safety and their future in the view, some of them were absorbed in the Army’s Jammu and Kashmir light infantry (jakli) unit.

Wani was one among them. He was working in Army since then and was regularised in 2014.

In all these years, he would hardly visit home. His parents and brother would get to meet him once in a year or sometimes it would take more than that.

“He would visit home sometimes during the day without any prior information. His stay would be for an hour or so,” Mushtaq, his younger brother, who runs a saw-mill, told News18.

His parents and brothers didn’t know where Wani was posted in these years or his last posting.

“We knew he is posted in local areas but he would never share the exact location,” said his brother. Army sources said that he was mostly posted in south Kashmir and was engaged in the counter-insurgency operations.

“He was a courageous soldier. He would take bold risks to make operations successful,” an army official said.

"Lance Naik Wani epitomised qualities of a fine soldier. He always volunteered for challenging missions, displaying great courage under adverse circumstances, exposing himself to grave danger in the line of duty," reads the citation issued by the Rashtrapati Bhawan.

Militant threat always looms on the people like Wani that is why he would desist from visiting his parents.

He had married around 2001 and also built a house in Kulgam's Ikhwan colony, where he would live with his wife and two sons. In the colony, which is under security vigil, live people like him, who have played a pro-active role in counterinsurgency in Kashmir and happen to be a local, most vulnerable to the militant threat.

A number of former Ikhwan’is have been killed in past when they visited their home.

A month before Wani’s killing, his friend Mukhtar Malik, who was also Ikhwan commander and later joined Indian army, like him, was killed by militants when he had come back home to mourn the death of his son.

Militants disguising as reports entered Malik’s house in Shurat village of Kulgam district, and fired at him from point-blank range. His son had passed three days ago and he had visited home after two years.

The native village of Nazir Ahmad Wani, Chaki Ashmuji, has nearly 125 households. Most of the villagers are farmers or work as laborers. The surrounding villages are very sensitive. There have been a number of militant attacks and a lot of local youth have also joined militant ranks in the past few years. Even some of the top commanders of LeT and HM were from the same area. The Kulgam district has witnessed a number of gunfights in the past four years and remains a militancy-hit area in the highly restive south Kashmir.

But in the mid of plain paddy fields this village, as per the natives, has no militant history.

“There has been no active militant in our village ever. The surrounding villages, however, have remained volatile,” said Shabir Ahmad Bhat, a villager.

Though there are some gratifies on the walls of the houses along the narrow road with the names of the militants.

The younger generation of the village is going to school and every parent is trying hard to give his kid a good education. But there is hardly anyone in the village who understands what the Ashok Chakra is.

“We have got to know through media that he has been honored. Before this we had never heard of it,” said a villager, who used to play in childhood with Wani.

“I have lost my friend. I think whatever he did was because of the circumstances. The award and others things are beyond my understanding,” he said giving a broad smile.

“What should I be happy of?” he asks and staring his eyes on the village graveyard where Nazir Ahmad Wani lies buried.

The graveyard is covered by the blanket of fresh snow. The headstone of Nazir’s grave of black marble is carved with an Urdu couplet: Aye Thay Hum Misl-e-Bulbul Sair-e-Gulshan Kar Chale, Ley Loo Maali Baagh Apna Hum To Apne Ghar Chale… (Roughly translates: The nightingale had leisure in your garden, Care it oh! gardener I am gone abode…)

(The author is a senior freelance journalist. All views expressed are personal)